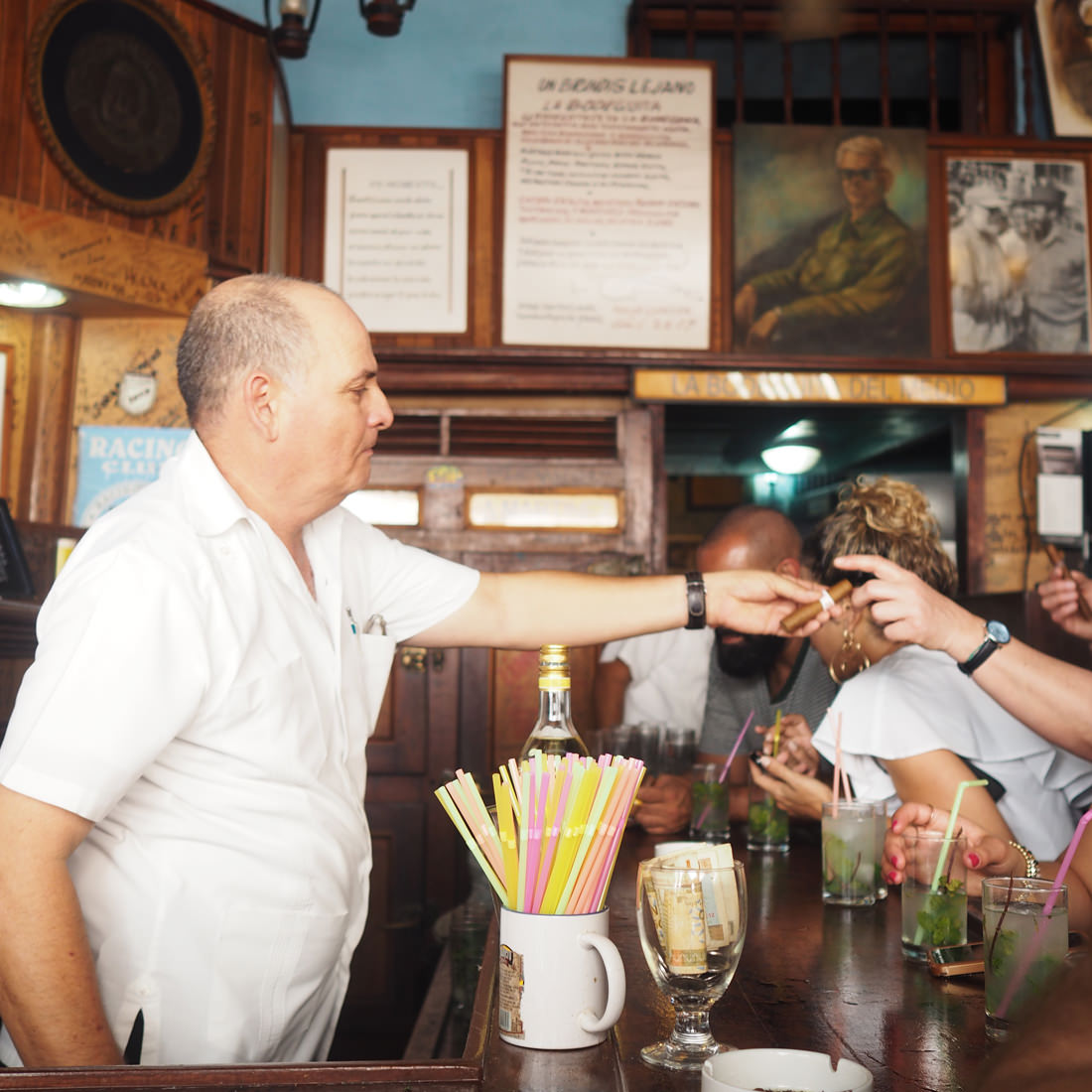 I was in Havana, Cuba with Havana Club, and who says rum says good drinks so we had the luck to experience some of the best places of Havana’s nightlife. Here is my guide to going out in Havana aka where to drink the best Mojitos in Havana.

The best Mojitos in Havana at Hotel Nacional de Cuba

When in Havana, it is nice to go to Hotel Nacional de Cuba. As I said I would recommend to sleep in a Casa Particular (check where exactly I stayed HERE) but going out there for a drink is a good compromise.

This is the place where the biggest mafia gathering in history happened (it was immortalized in The Godfather Part II).  How exciting right?! So what a better place to sip a Mojito and imagine you have been part of it? After this you will be in the right mood for Cuba!! 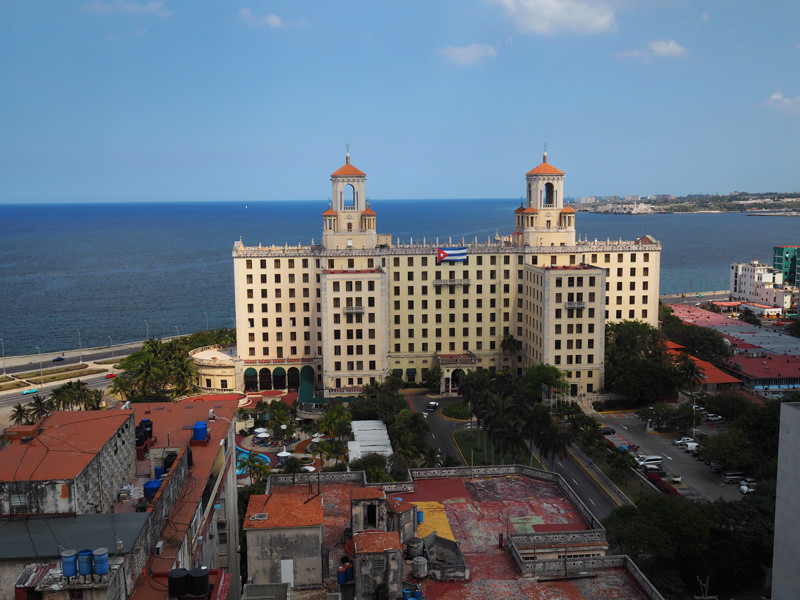 La Bodeguita del Merio – Where Hemingway had his Mojitos

Hemingway approved – La Bodeguita del Merio is a bar situated in old Havana and it is the place where Hemingway used to drink his Mojitos and those are probably the best Mojitos in Havana. The bar is quite touristy but it is nice to go as you can take your drink outside on the street where there is always something going on.

The best Daiquiris at La Floridita

Also Hemingway approved, La Floridita. La Floridita is even more touristy than La Bodeguita but YOU HAVE TO GO, as they really do serve the best daiquiris in town.

As Hemingway said : “My mojito in the Bodeguita del Medio and my daiquiri in the Floridita” 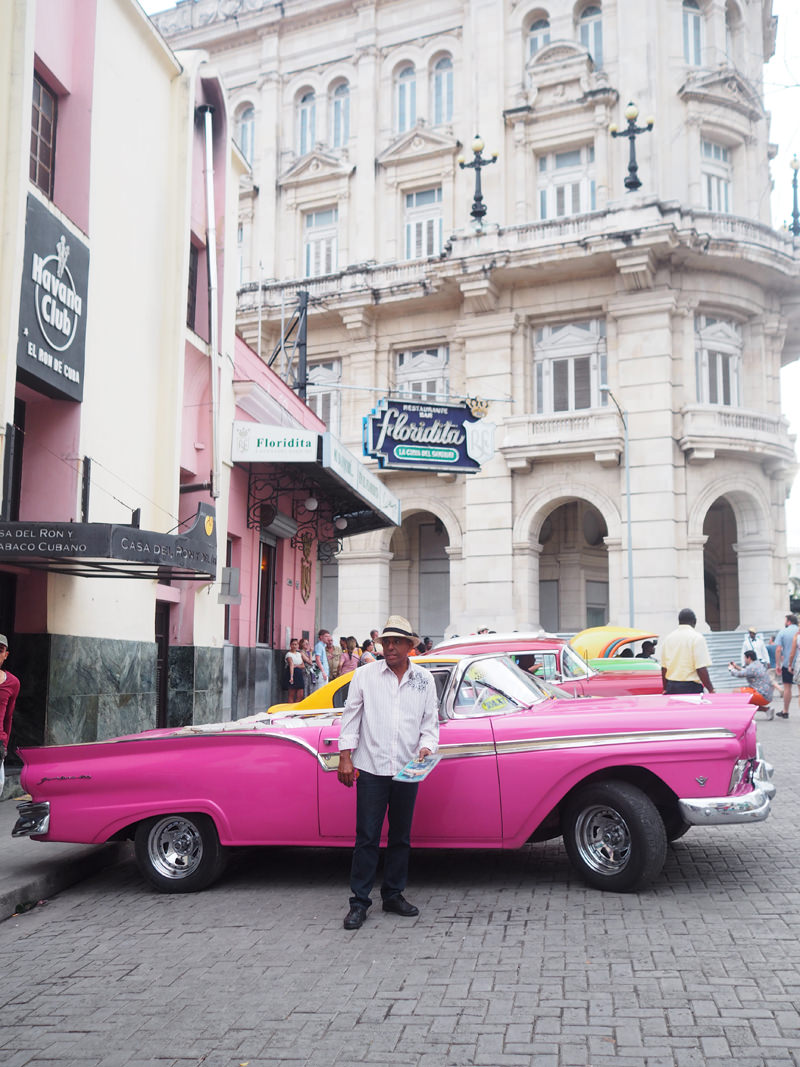 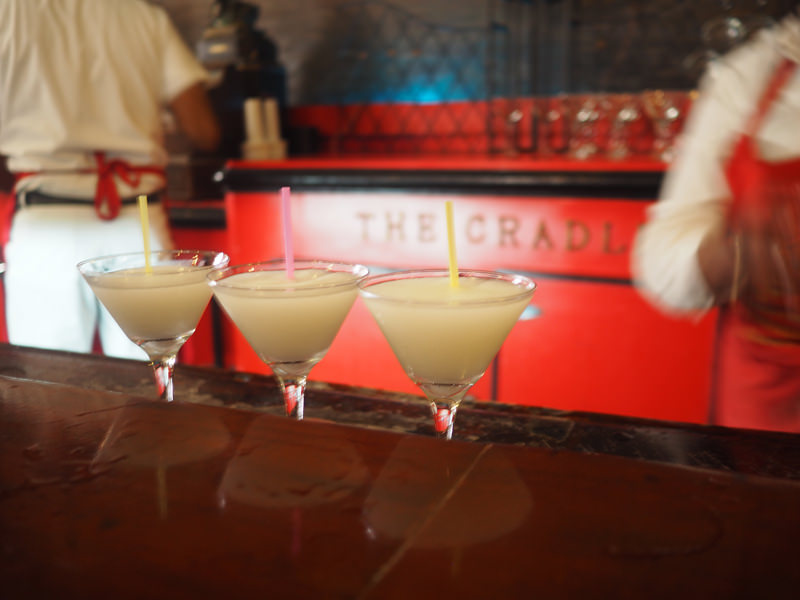 Dinner and Mojitos with a view at restaurant Vista Mar

On the very first night we went to have dinner at Vista Mar. It is a very nice place that I wish I had seen by day. Indeed it has an infinity pool where the waves from the sea almost crashes into. So beautiful!!! The food there was also very good. We had seafood and a typical cuban main dish made out of beef.

Now we come to the best spots for Havana’s nightlife!!

El Cocinero Paladar is a all in one place. It has both a great restaurant and a rooftop bar. The food there was amazing. Very good lobster!!! We then had a drink on the rooftop. The place is quite young and trendy. It is the perfect place to start your nightlife in Havana. Then head of to Fabrica del Arte!

When there, don’t miss a few meters down the street the Fabrica del Arte that is a place for music and arts and an absolute must go when in Havana. Approved by Mick Jagger!!

I kept the best for the end.

La Guarida was definitely my personal bar highlight in Cuba. It is a must go while in Havana. A bit pricy but totally worth it.

The whole journey in La Guarida is an experience. While the restaurant is well-hidden among similar buildings and not standing out in any way, once in the building you will be impressed by the entrance, with a huge painting of Fidel Castro to the food through by the drinks of course but also through the architecture of this incredible space. No wonder this paladar is so famous!!

Make sure to take a reservation in advance as it is very exclusive, also among stars like Beyonce or Madonna who celebrated her birthday there… 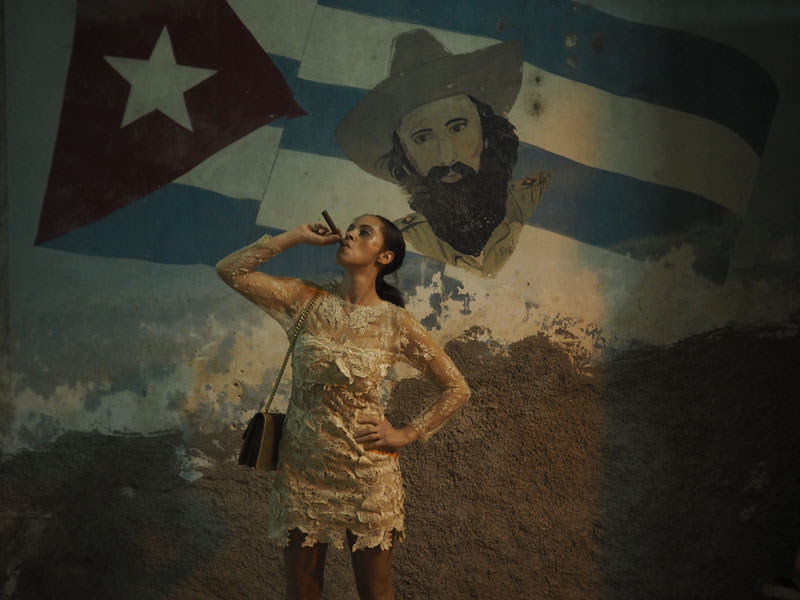 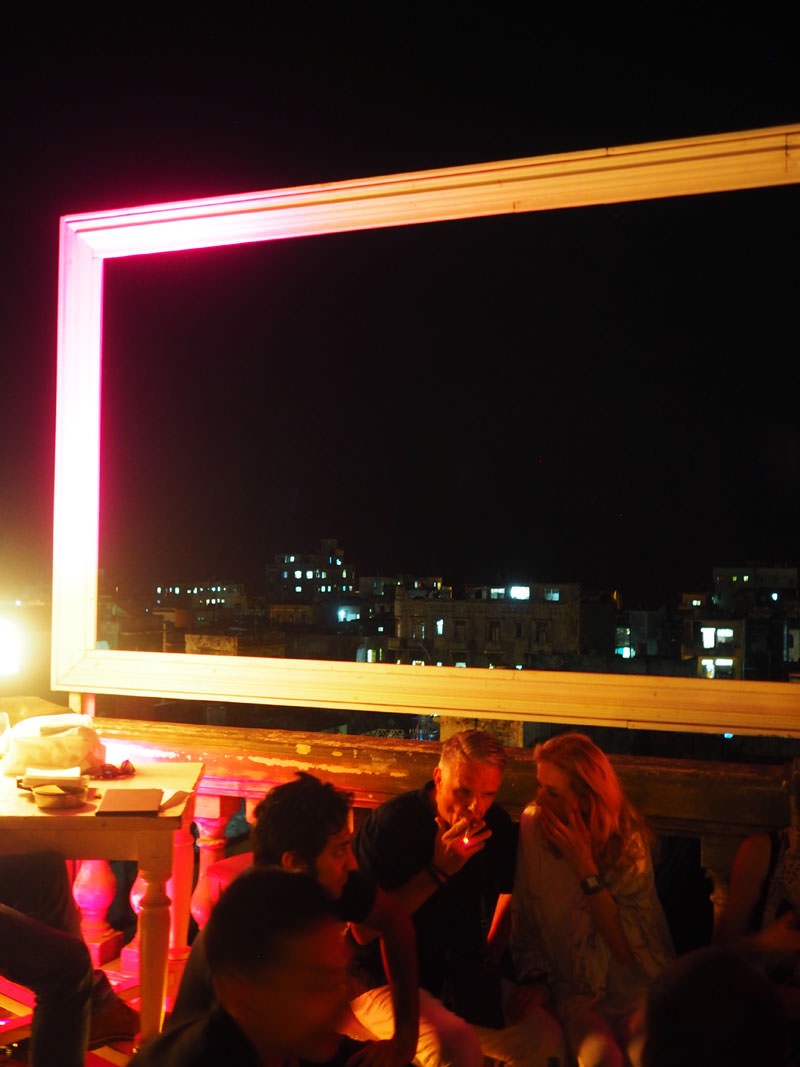 Roma is a must when going out in Havana, it is an alternative bar situated on top of an apartment building. It is such a cool place because you have a view over Havana, electronic music – yes it has arrived in Havana as well- good drinks, and if ever you need to go to the toilet you will go to one of the neighbor’s apartment. While in Europe everyone would have been super upset about the noise, here the neighbors play the game. 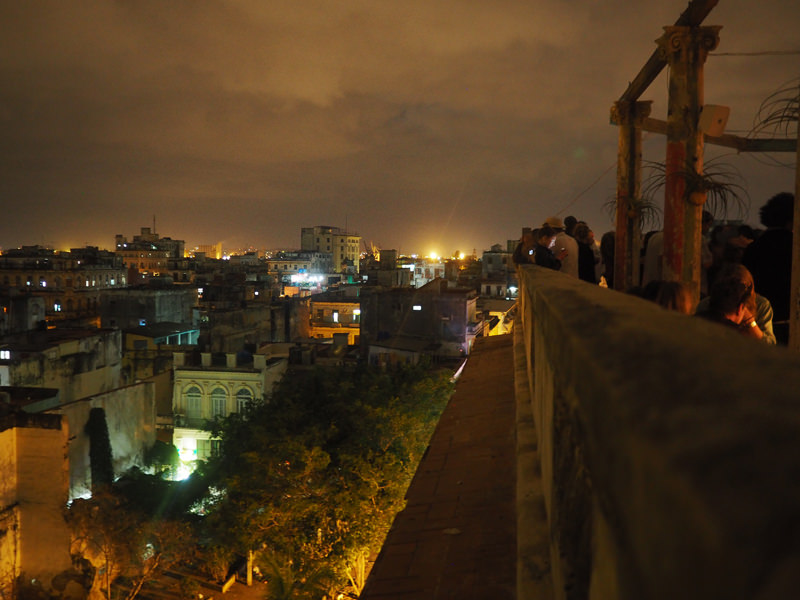 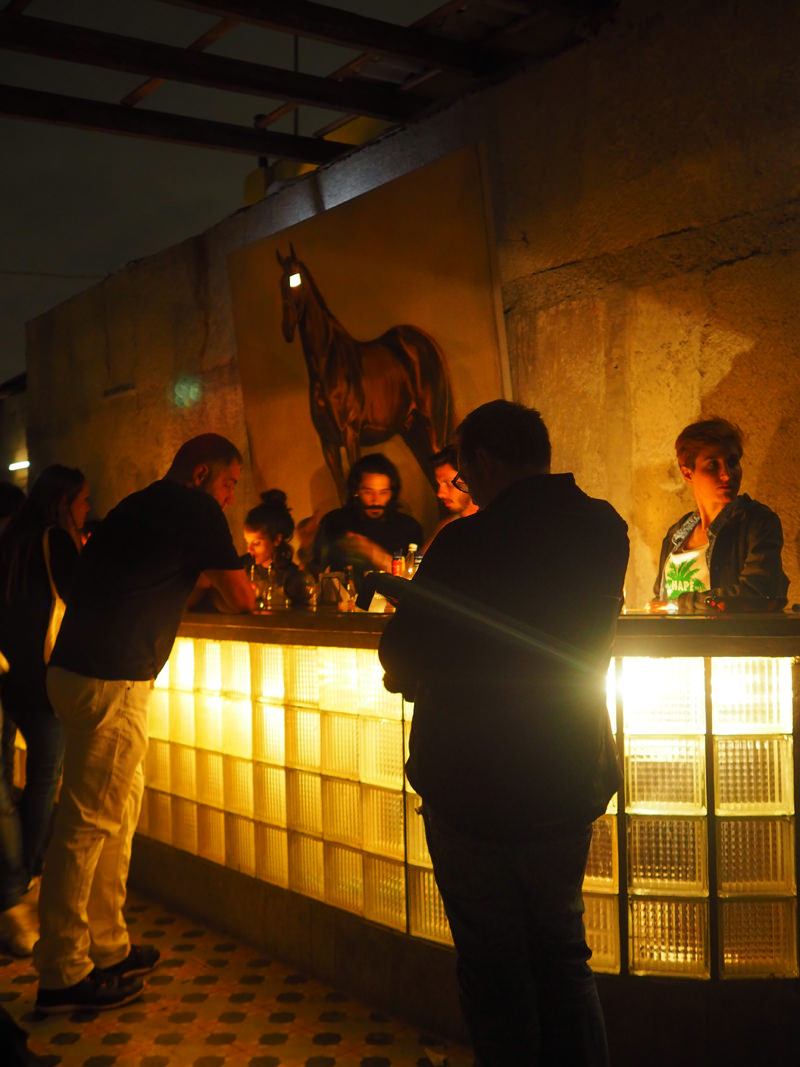 There are more for going out in Havana but of course in a week I did not have the opportunity to explore every bar and club of the city.

The district of El Vedado is very popular for it’s nightlife. Here are a few venues for going out in Havana :

EFE bar for tapas and drinks

Sarao bar for some Miami vibes

King’s bar to party with locals

Two other venues are in Miramar, another Havana’s nightlife district :

For more impressions of Havana, read my travel diary of my authentic journey in Havana with Havana club.

*ADVERTISEMENT – This trip was sponsored by HAVANA CLUB