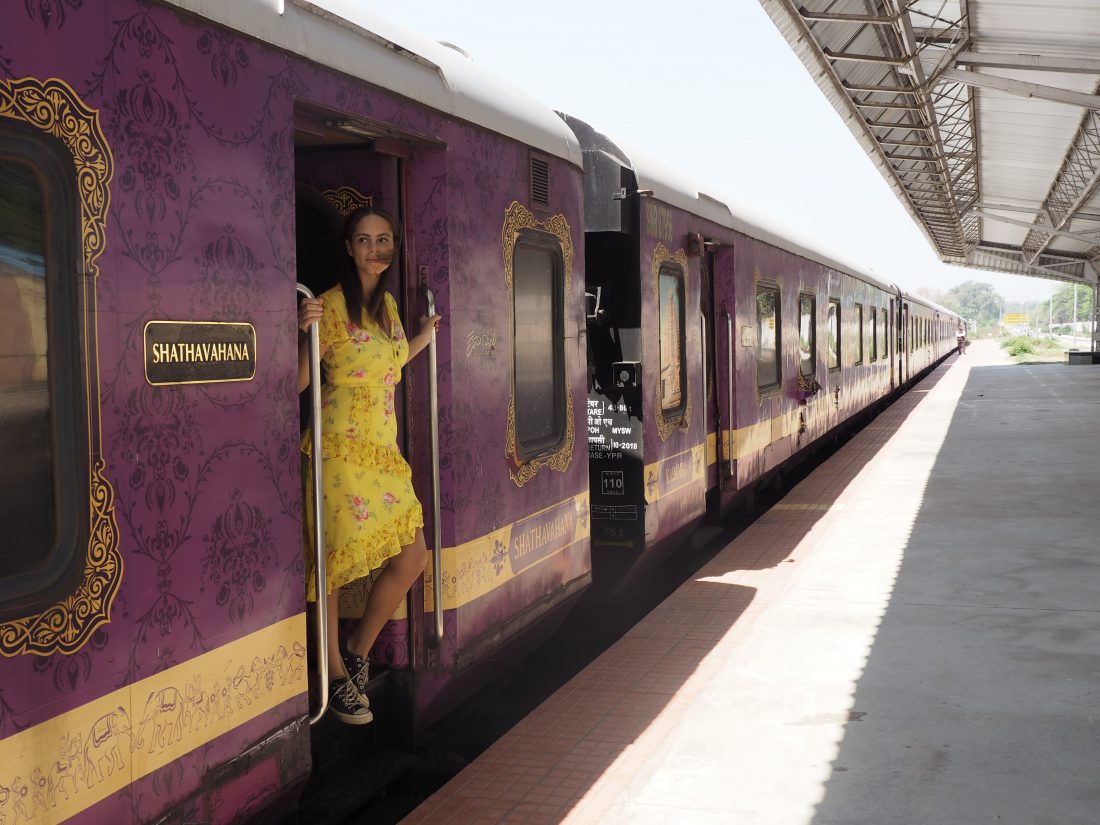 For the second part of my journey in India, I traveled on board the Golden Chariot, the only luxury train to South India, going from Bengalore to Goa. Pride of South is the name of the Journey and stops in the best tourist places in Karnataka.

Before we talk about the itinerary let’s see how luxury travel in India is like.

Traveling on board the Golden Chariot means luxury from A to Z. 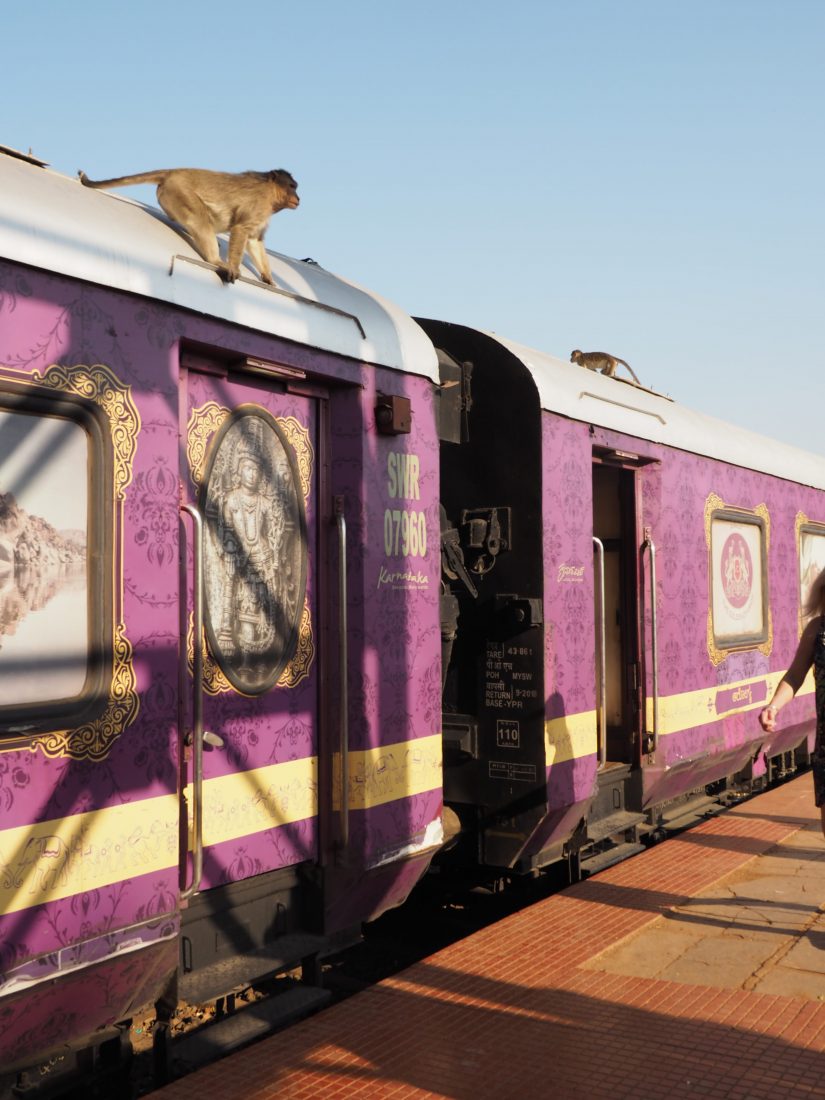 Traveling on board the Golden Chariot means luxury from A to Z.

Arrival and Check in on the Golden Chariot – review

We started our Journey in Bengalore where we first checked in at the luxurious Taj Hotel where we did all formalities and gave up our luggage before going into the train. At the Taj we would be greeted by the director of the train, got informed about all stops we would make during our journey and welcomed in the best way possible with a dance performance traditional to the Karnataka region.

Later on, we would go to the Bengalore main train station and made our entry into the train feeling like we were H(B)ollywood stars with red carpet, flower garlands, traditional south-indian music and a lot of locals that were as excited as us to see the famous train. 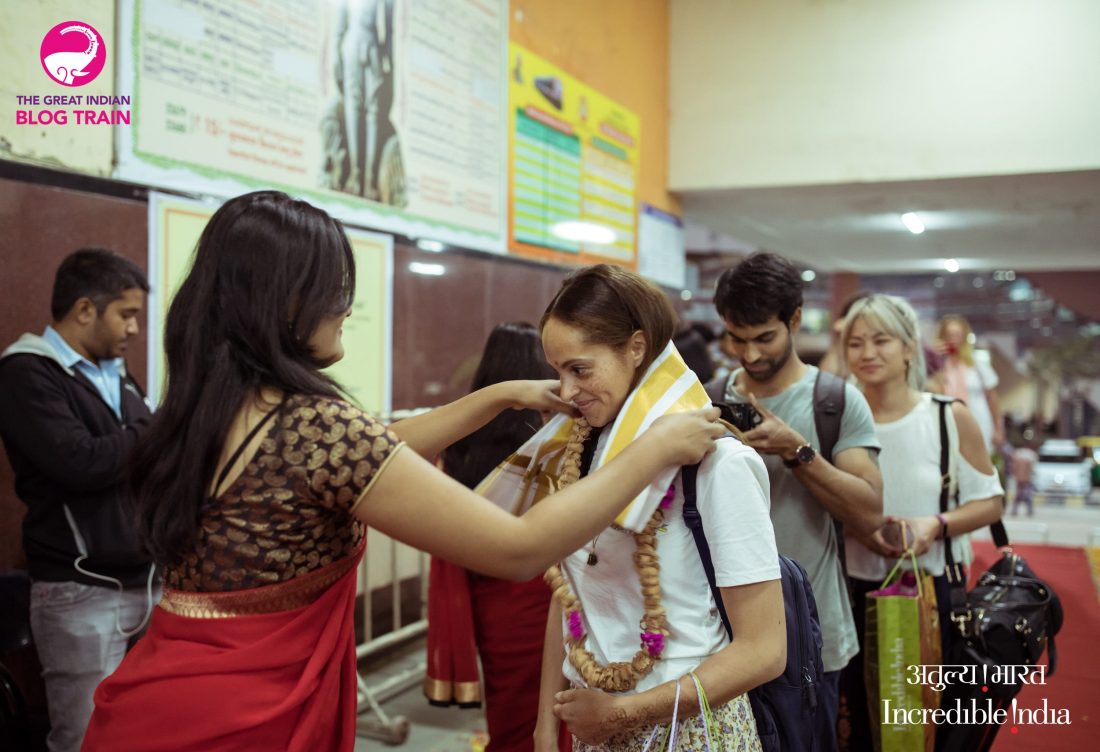 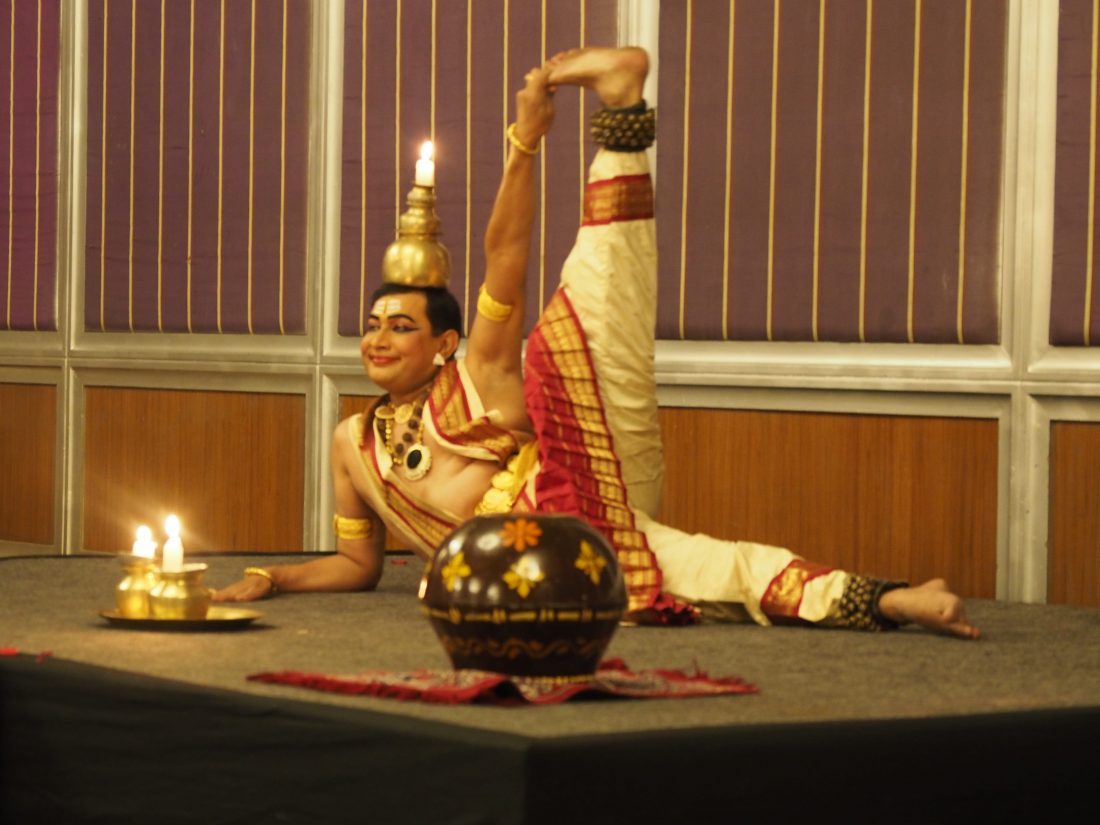 We entered the train through the Bar aka the place for drinks and meeting other fellow travelers, before reaching our cabins.

The train is divided into several coaches all named after the dynasties that have ruled South India and each have 4 cabins. For each coach there is a butler available 24hours for everything you need.

The cabins are small but there is all you need inside. I stayed in a room with window, with two bed plus and extra pull-down bed, perfect if you travel with a little child. In the cabin I also had a little desk, a tiny wardrobe and a bathroom with hot water!!! This to me is already luxury when in India. We would not spend much time in our cabin though. We would only be there to sleep and to shower so space was not a problem, we were mainly out sightseeing, or in the bar I mentioned before or in one of the two restaurants.

Food in the Golden Chariot | review

The Golden Chariot has indeed two restaurants in the train. Both serving Indian and Continental for for breakfast, lunch and dinner. I tried the continental food but mostly sticked to Indian food as I feel like discovering a country also goes through food. Everyday, we had the opportunity to try out a new dish from India. And let me tell you the food in the Golden Chariot is just EXCELLENT! The chef is also very passionated about his job and he will be happy to answer all food related questions, he will even bring you some dishes to try out from time to time even though you ordered something else. 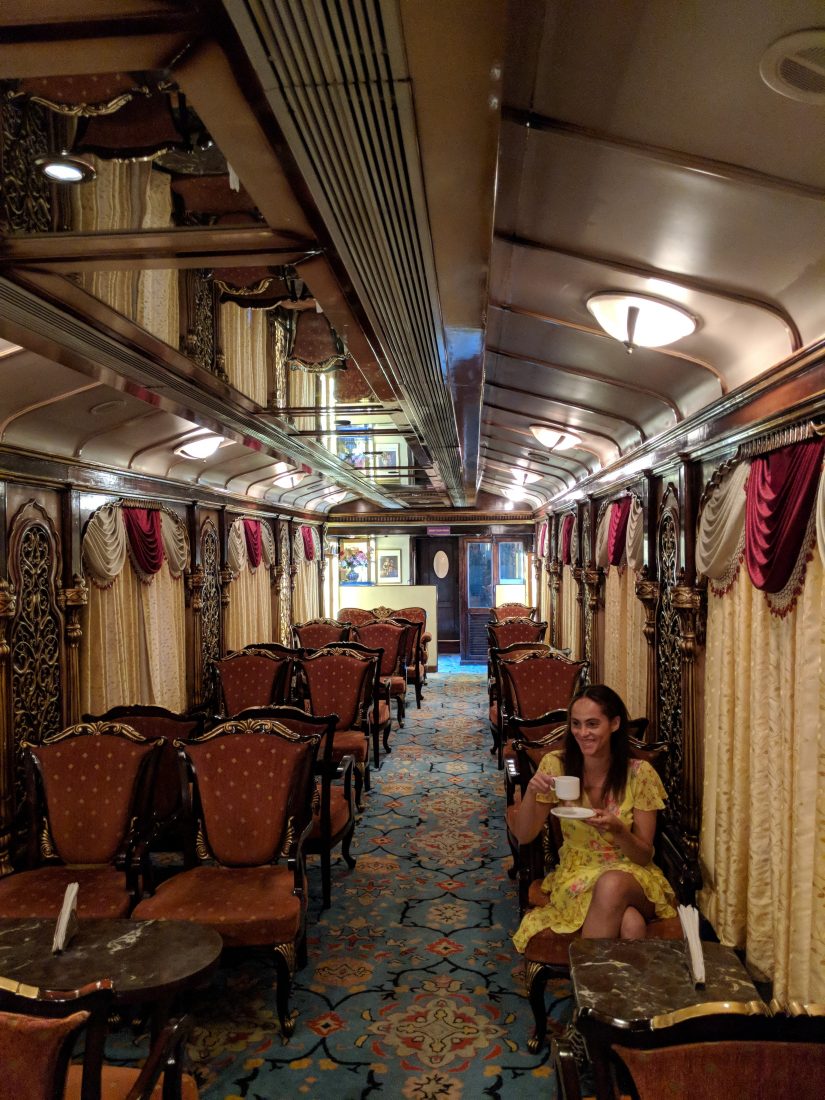 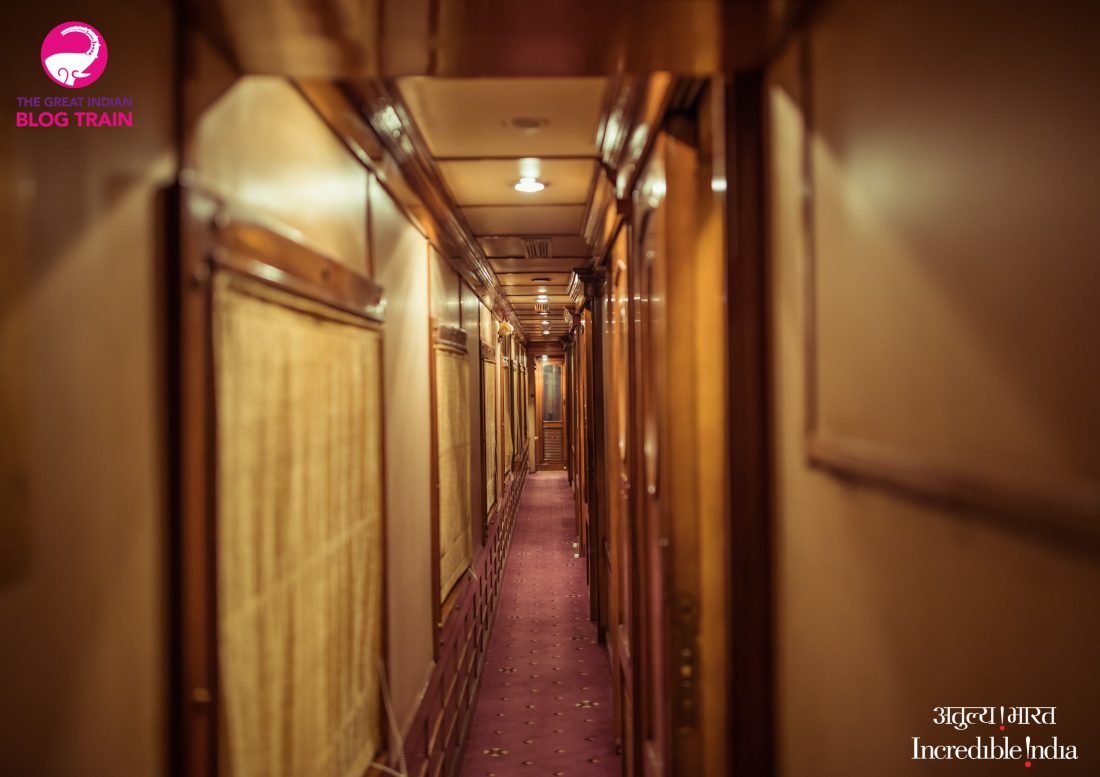 What to do on board the Golden Chariot | Review

Beside the bar and the restaurant where you can connect with the other passengers there is also a mini gym and a spa on board the train. On certain evening there are also some activities proposed. We had women who came on board the train to apply henna on our hands, we had a cooking class and there was also a party on one of the evening.
My only regret is that the windows in the main area are tinted for privacy but it is such a shame as it would have been so beautiful to be able to watch the landscape pass by while eating or having a drink. It was nice to be able to watch the sunrise in the morning from our cabin where the windows are see through.

The train to South India stops in the best tourist places in Karnataka.

You can travel through many parts of India on board a luxury train. You might have heard of the Maharaja express, the Palace on wheels or the Deccan Odissey that are 3 of the 4 luxury trains of India but the Golden Chariot is the only train to South India. The Golden Chariot has two itinerary, Pride of South, which I did : going from Bengalore to Goa by train only, and Southern Splendor going to Karnataka, Tamil Nadu, Pondicherry and Kerala. The Pride of South itinerary stop in the best tourist places in Karnataka. I will leave a bit of surprise to who is going on this train but my favorite stops where the Safari in Kabini, Hampi, Badami caves and Goa. 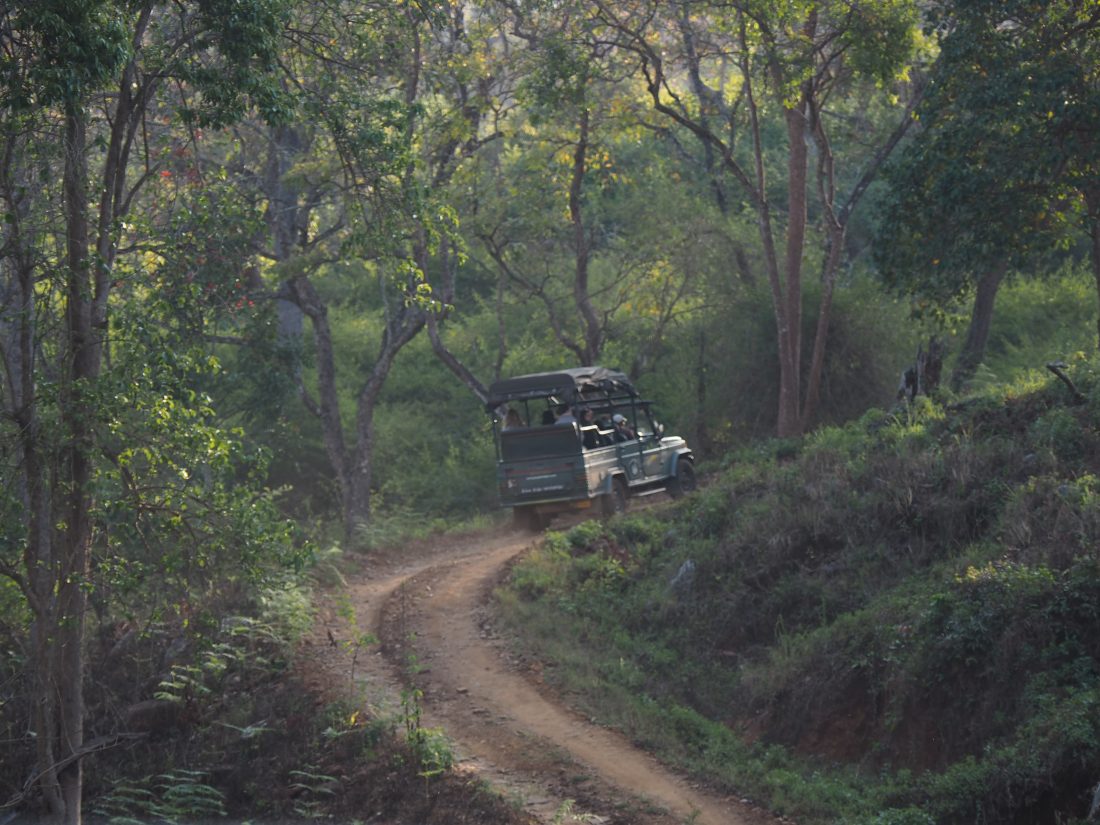 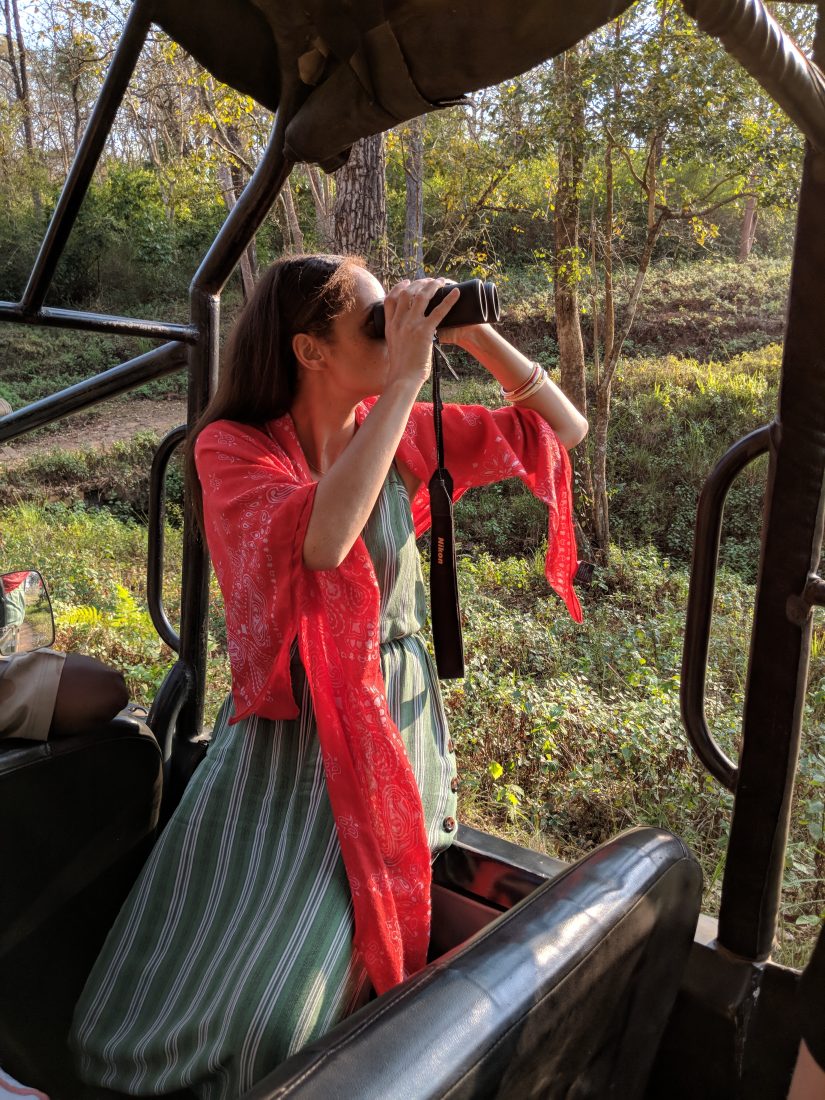 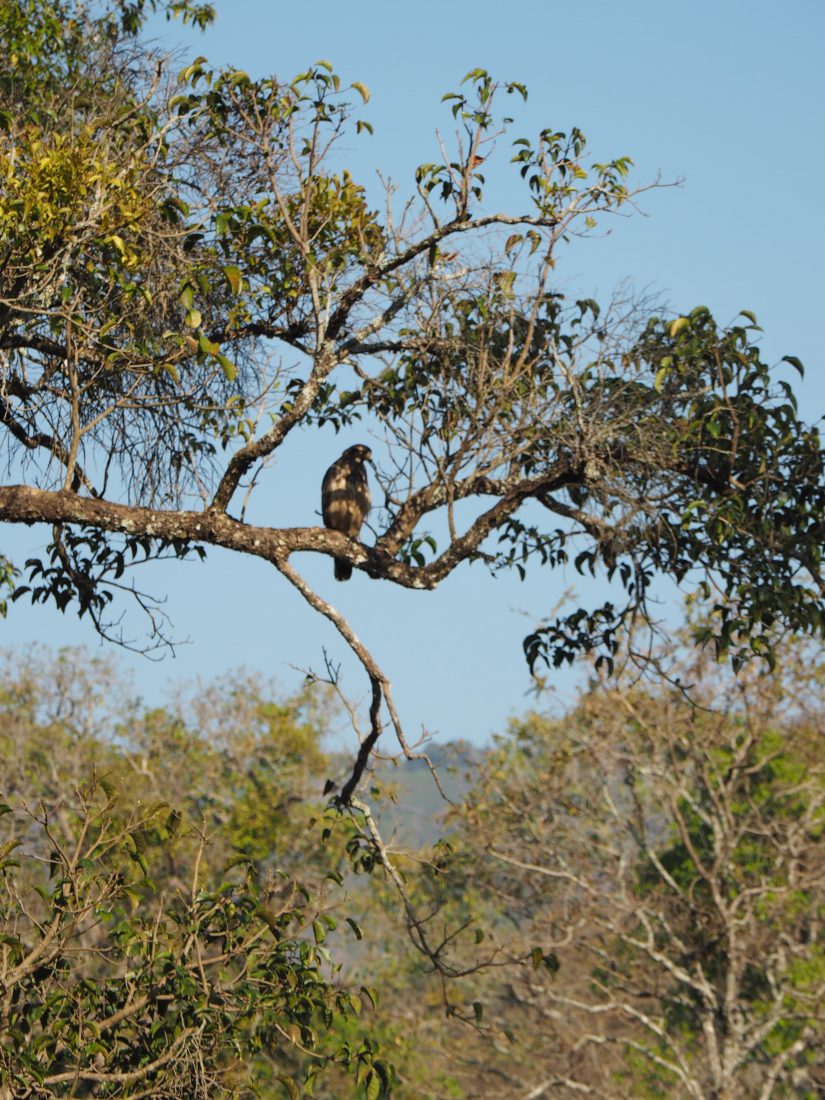 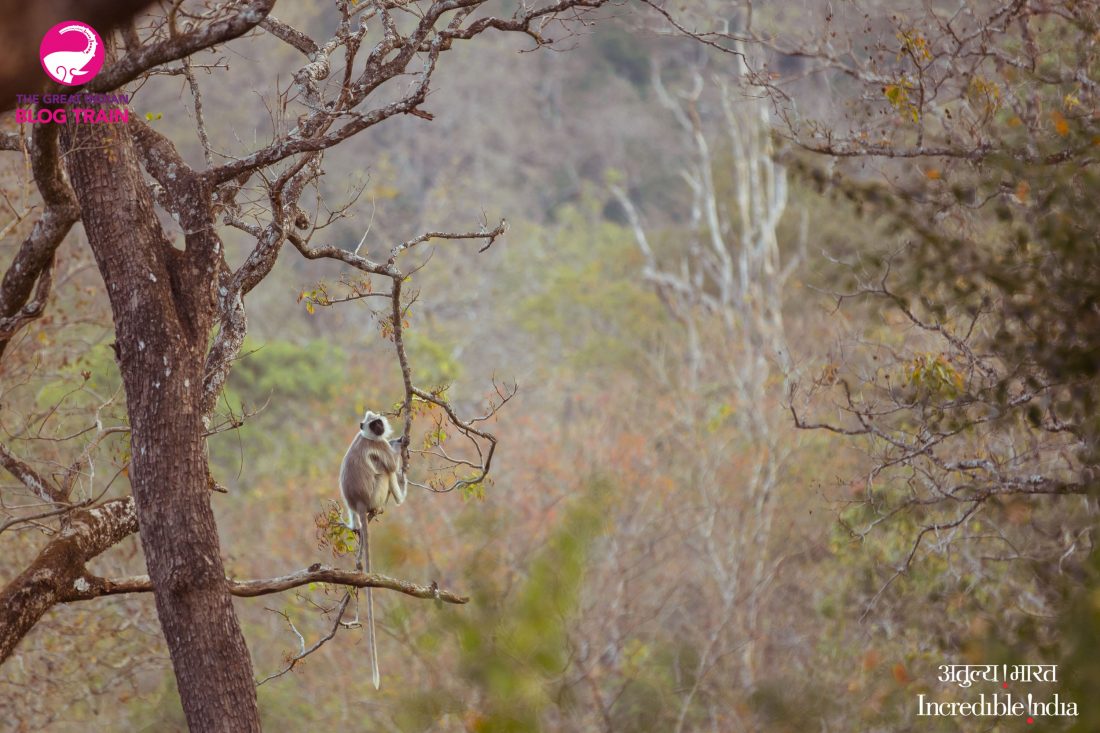 One of the must see places in Karnataka is definitely Hampi. Hampi used to be the capital of the South Indian Vijayanagar Empire in 14th Century and still has lots of ruins of this time on this site that remembers the golden era. Hampi is wort seeing also for the fabulous granite boulder-strewn landscape of the area. Absolutely breathtaking and worth a stop. 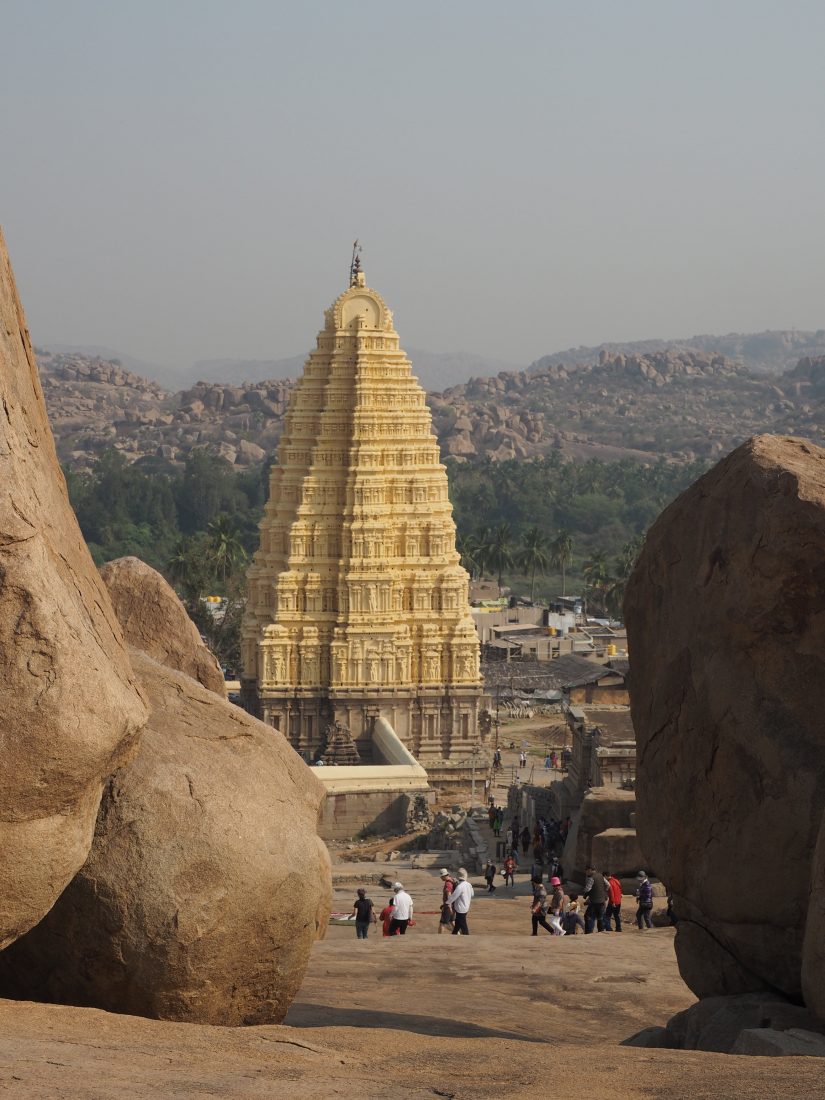 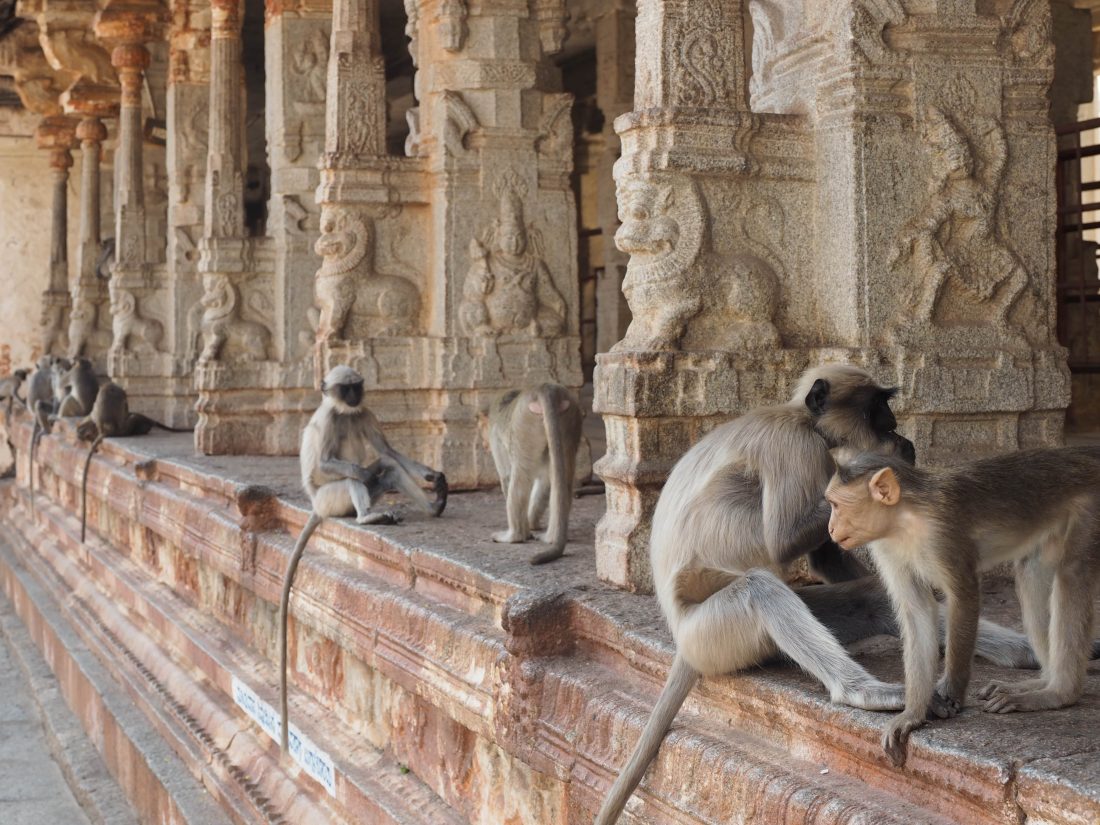 Both sites are situated not far from each others and are two interesting sites. Pattadakal Temple is interesting as it is 10 temples built in different Indian Architectural Styles. 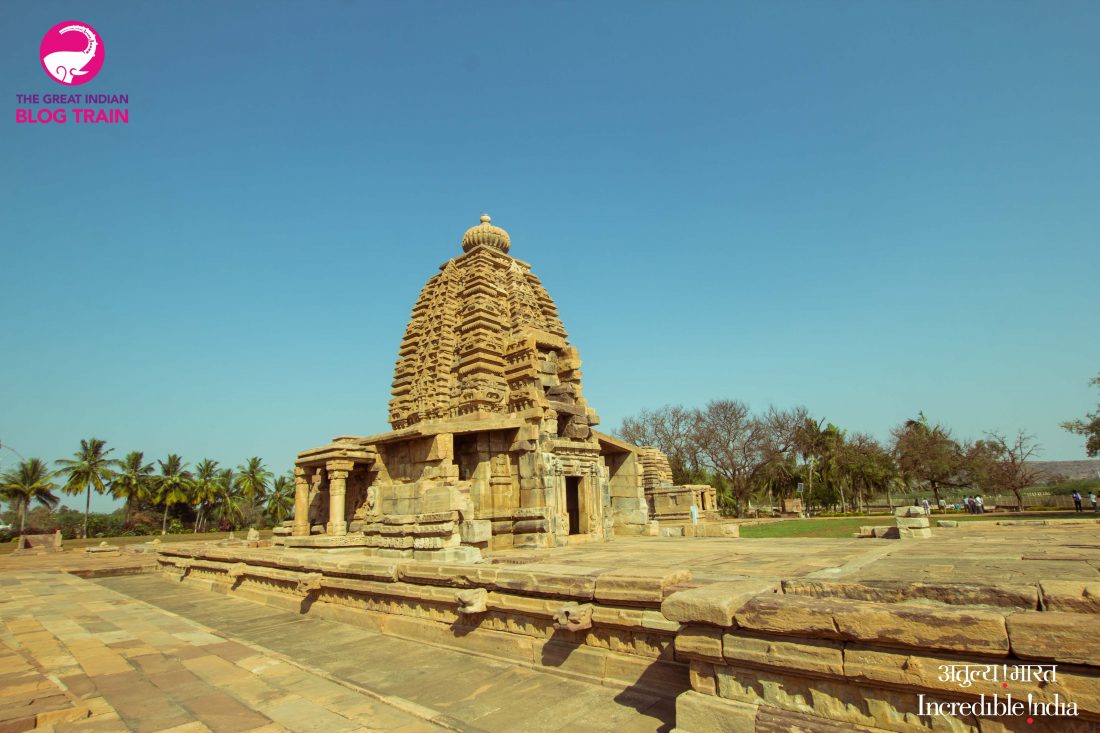 Badami Cave temples are dedicated to Lord Shiva, Lord Vishnu & Budha and Jain Faiths and what is amazing is that those temples are carved into an hill. Imagine this was built in the 6th century. Quite impressive!!

How much does a ticket on the Golden Chariot? When traveling on board this luxury train, what you pay for is not only the train ride and the places you go to, you also pay for excellent service. The staff at Golden Chariot was so friendly, polite, accommodating and pampering. Our butler for example would welcome us with a smile, wet-napkins and juices every time we would come back from our trips. This is just one of the example of what you pay for.

Price for the train is 7000 dollars for a single room and $10,500 for a suite. All informations are on the official website.

If you want to read more about India, I also visited the region of Kerala and wrote a 15 days Kerala itinerary and I reviewed the Golden Triangle Tour with G Adventures. 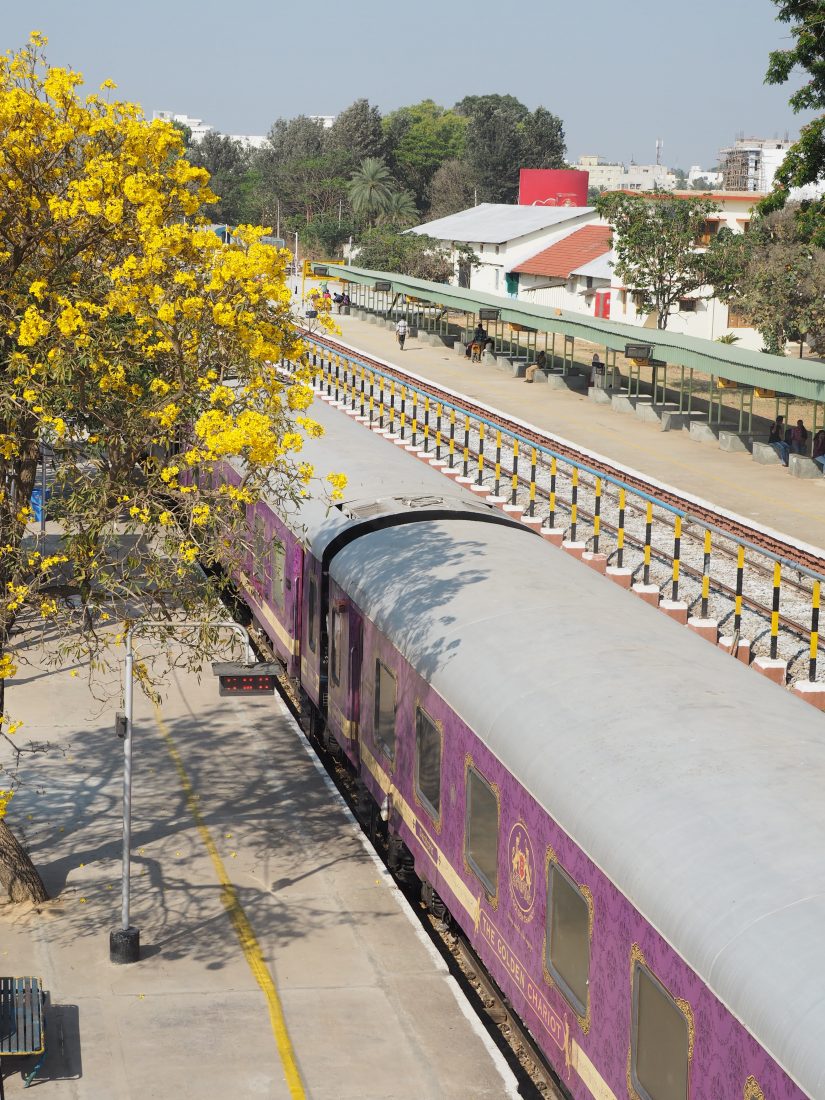 * All Incredible India pictures are by Jinson Abraham

** This trip was sponsored by Incredible India, Kartanaka Tourism and The Golden Chariot. All opinions are my own.