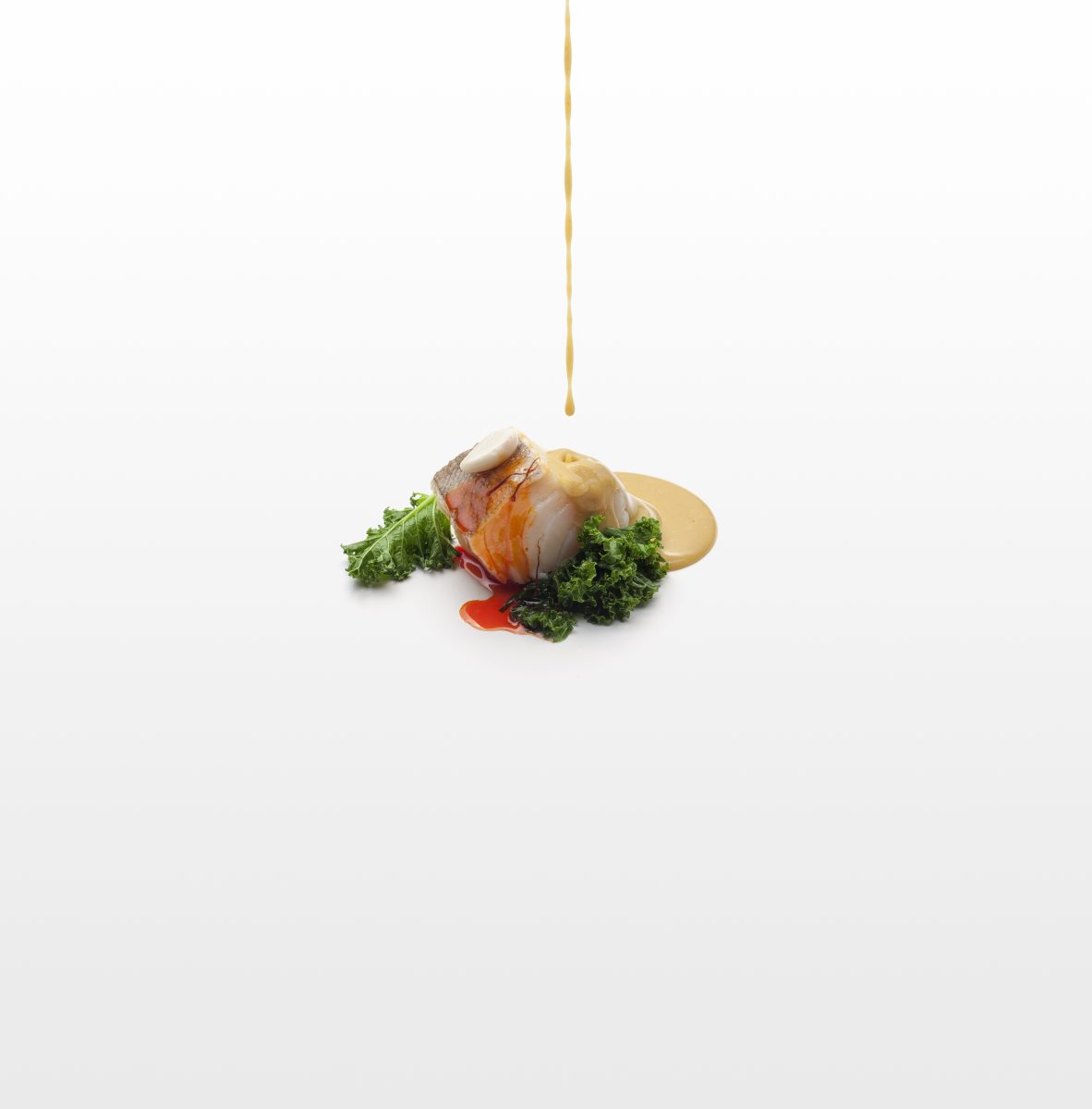 Now that fall/winter has arrived in Germany I know many people look to do short trips to some warmer destinations. Many germans love to go to Spain and especially to Mallorca but what about a new destination? What about a weekend getaway to enjoy fall in Galicia, Spain?

Galicia is situated in the northwest of Spain, has a average temperatures ranging from 15 to 25
degrees all year round,and only 2 hours away from Munich or Frankfurt. It has 3 airports, A Coruña, Santiago de Compostela and Vigo.

Now you will ask me what is to do in Galicia?!

Actually there is a lot, indeed the Lonely Planet even included it the top 3 European destinations in 2017, and Galicia is especially know for it’s gastronomy and is one of the best places to eat seafood in the world. 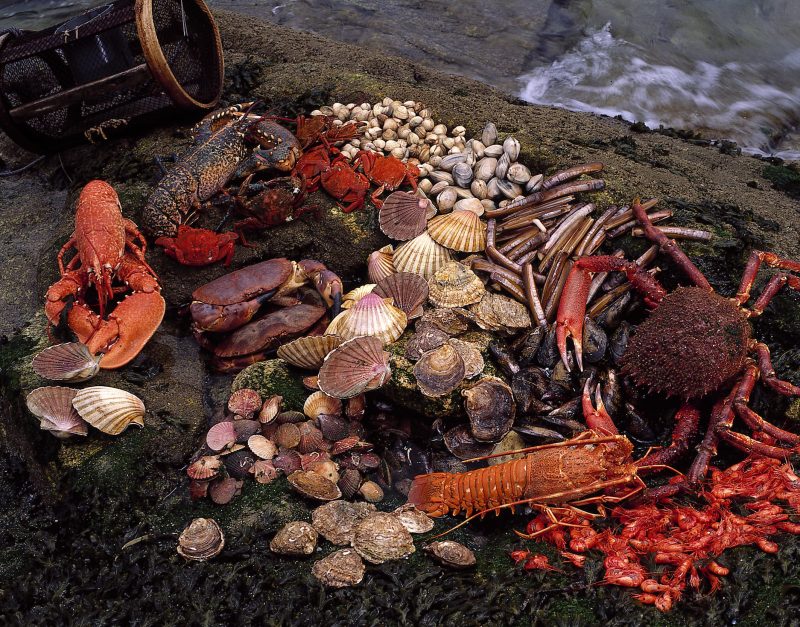 Here you will find a restaurant guide to Galicia by cities and regions belonging to Grupo Nove.

Grupo Nove is a non profit organization aimed to promote Galician gastronomy, it is composed by 24 chefs, most of whom own their own restaurants where they develop avant garde cuisine using sustainable Galician products from every season which result in the most enjoyable, exquisite and natural dishes which can always be accompanied by a good red or white wine such as Albariño, one of the most well-known Galicia wines. Together they earned 8 Michelin stars and 18 Repsol Soles. You can visit their restaurants here.

Where to eat in Galicia

Santiago de Compostela is probably the most popular site of Galicia, indeed, every years thousands of people take the Pilgrim way of Saint James Way to the shrine of the apostle Saint James the Great. For fine dining, you can find 2 restaurants : A Tafona Casa de Xantar and the O Balado Restaurant.

A Coruna, this northern city is famous for it’s longest promenade in Europe but also for it’s traditional market where you can shop fresh fish and shellfish that were caughtin the morning.
Restaurant tip : Bido

Ferrolterra. Rías Altas – This region is famous for Fragas do Eume Natural Park, the last Atlantic forest in Europe, full of waterfalls and springs as well as the Loiba Cliffs which view is one of the most beautiful in the world. Not far, there is Doniños beach that is famous for it’s surf competition and where you can find A Gabeira restaurant. 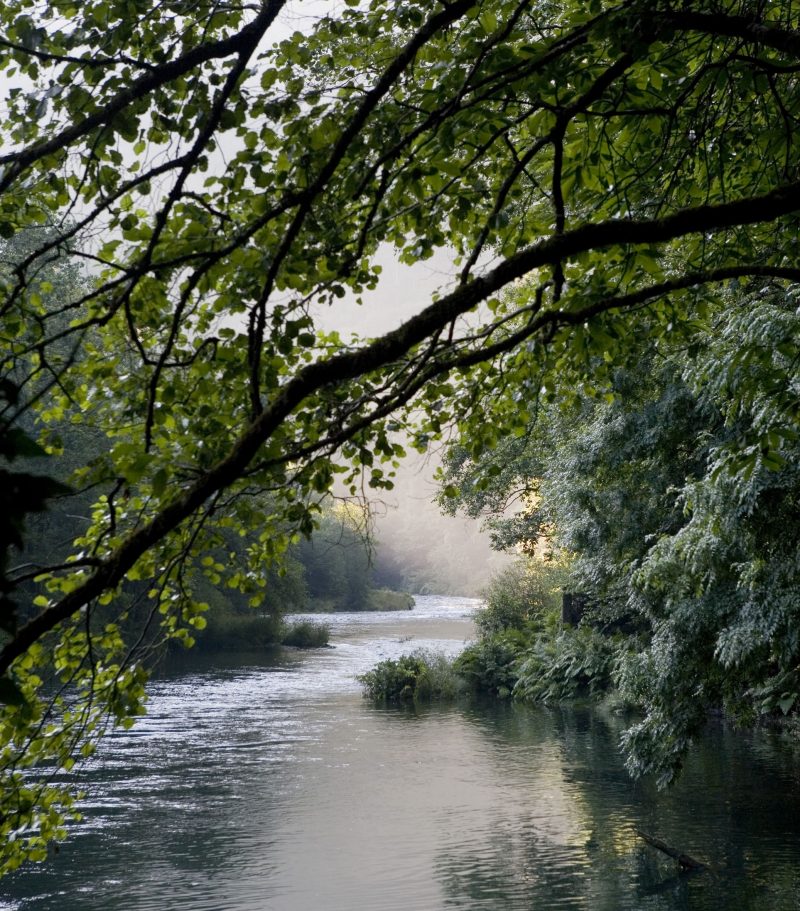 Costa da Morte (Death’s Coast), is one of the most western points in Europe and is famous for it’s incredible sunset on some of the most exotic beaches. There you can eat at Michelin starred “Retiro da Costiña” restaurant.

Lugo, which city center was buil in the 3rd century has seen it’s walls recognized as UNESCO World Heritage site. It is one of the best place in Spain to eat Tapas. In Lugo you will find two restaurants owned by Chefs belonging to Grupo Nove: Restaurant Paprica and Restaurant España. 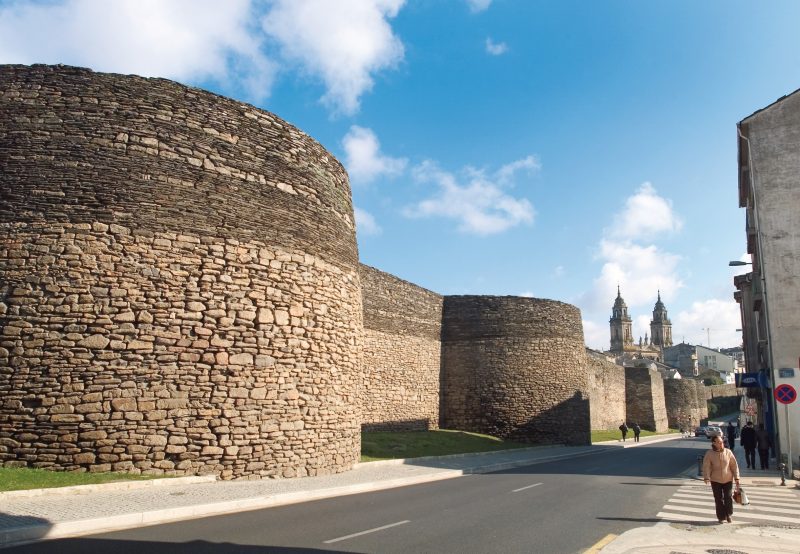 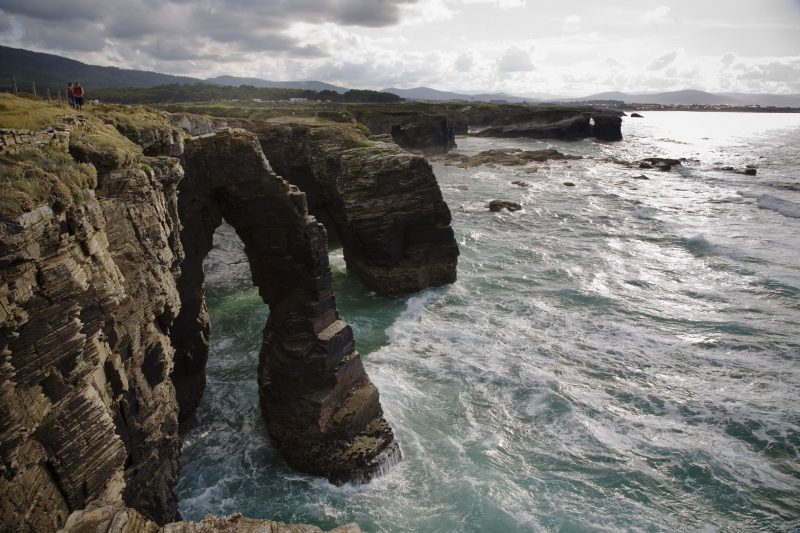 Ourense is famous for it’s thermal waters and also not too far from the city center for it’s 500 meters deep canyon that you can admire by boat from the River Sil and River Miño. There you can have an amazing gastronomic experience at Nova restaurant.

Rías Baixas is a region comprised of 3 spectacular estuaries which consists of historic cities, millennial traditions, white sandy beaches, islands and amazing gastronomy. One of it’s beaches, Rodas beach was even awarded beast beach in the world by The Guardian a few years ago. In the region all foodies will be happy to go to :
– Cambados, where the most famous Galician white wine is produced: Albariño. Here you
can find Pandemonium Restaurant and Yayo Daporta Restaurant.

– Grove, in this spectacular village surrounded by the sea is located the Michelin starred restaurant Culler de Pau.
– Pontevedra: that has been declared the most confortable city to live in by the UN because of its pedestrian streets and also has one of the most beautiful Galician old towns. Visit the Eirado da Leña and the Bagos Restaurant.
– Close by in Poio you can find Michelin starred restaurants Pepe Vieira Camiño da Serpe and Casa Solla.
– Vigo: the biggest city in Galicia with one of the busiest European port. It has beautiful landscape and a vibrant nightlife and it is home to the restaurant Maruja Limón.
– Tui: right on the Portuguese border, the medieval city of Tui has a Romanesque old town
and church. You can enjoy an excellent venue at the Silabario restaurant. 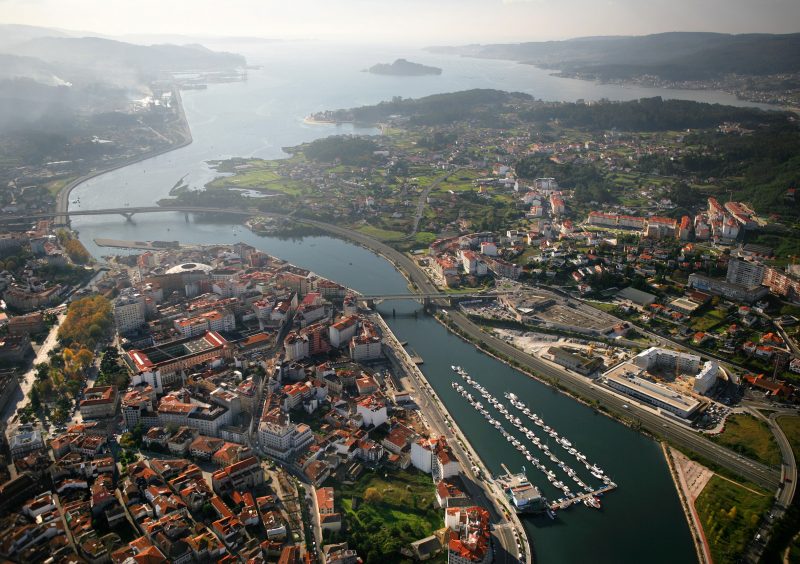 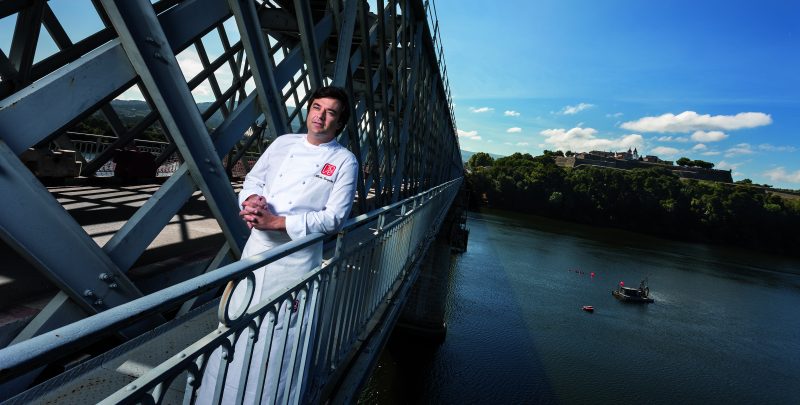 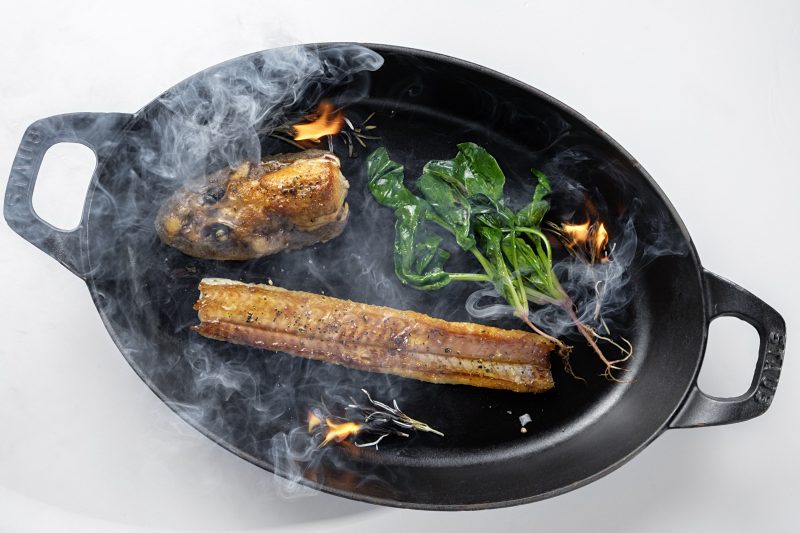 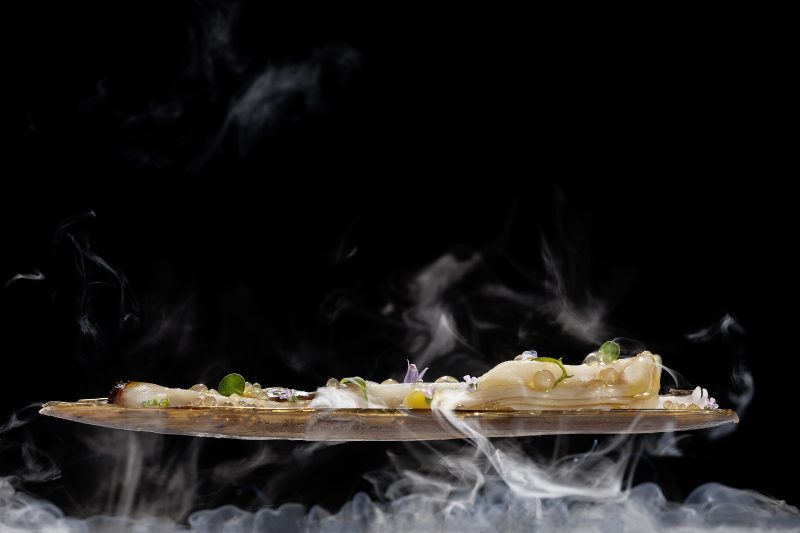 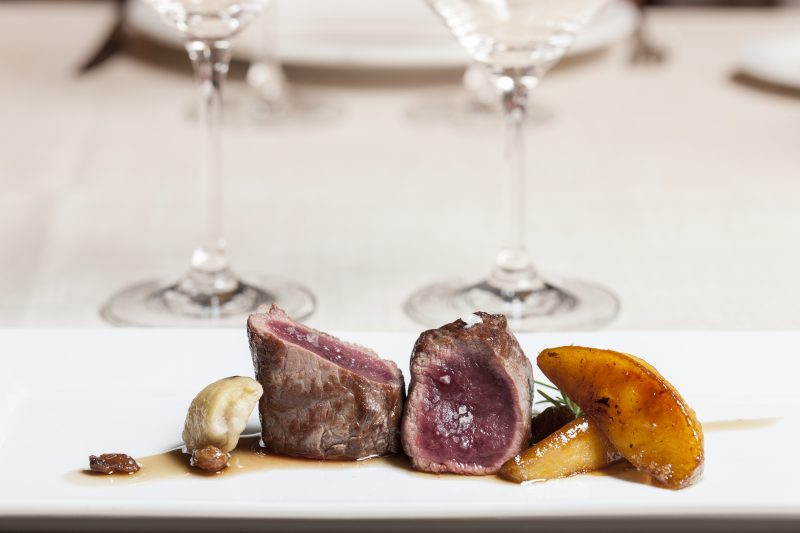