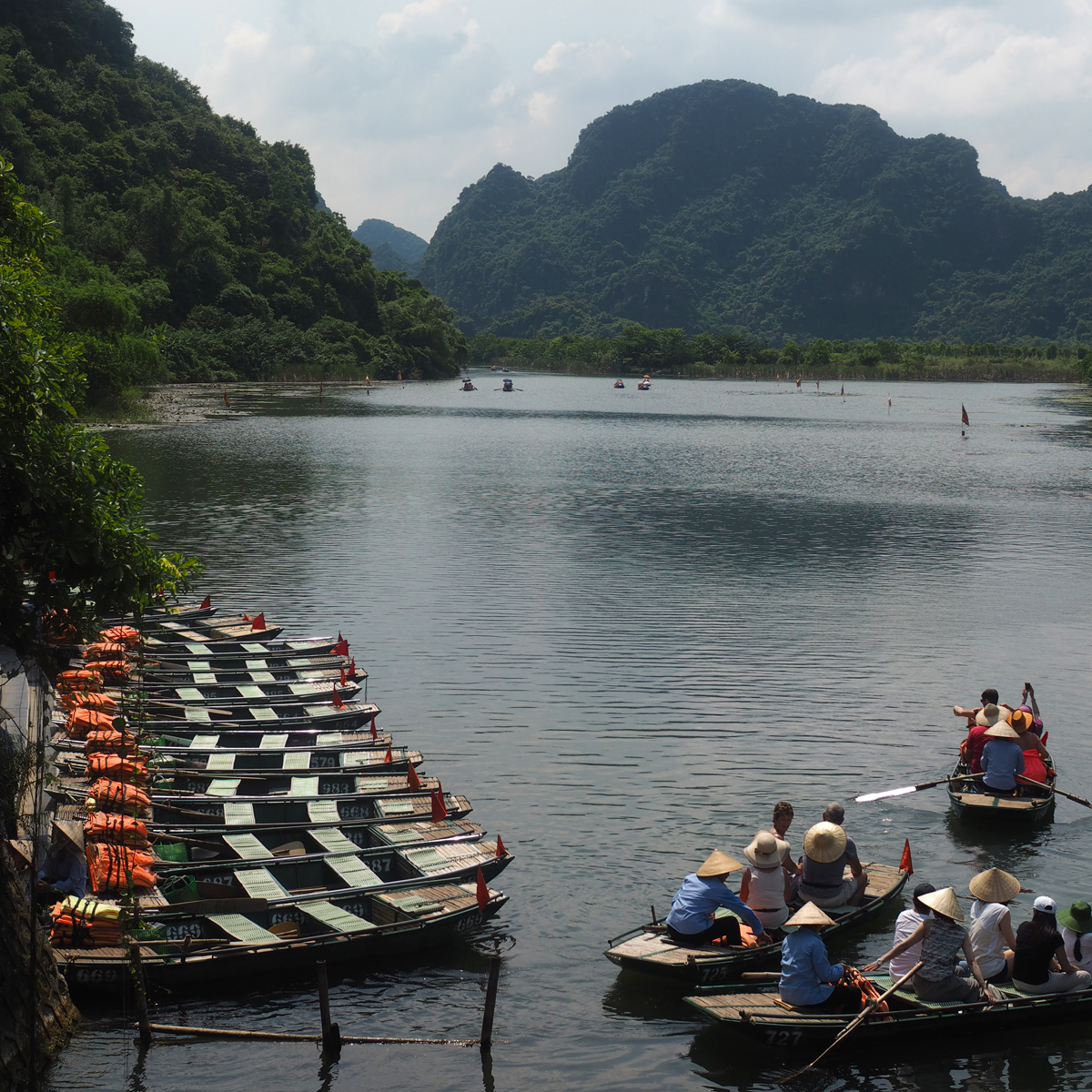 As part of the #BMTMfamtrip, I just got the chance to see some of the most beautiful landscape of Vietnam : Trang An aka Ha Long Bay on land as well as the very famous Ha Long Bay. We took in both Ha Long Bay and Trang An a boat tour to admire the wonderful karst landscape.

Let’s start with the most famous one : Ha Long Bay

When we arrived in Ha Long Bay, we arrived at mid day and it was super crowded, despite the fact that it was the end of June, very warm and not many international tourist go to Ha Long Bay. Indeed, tourist going to Ha Long in this season are mainly Vietnamese visiting their own country. The crowd really scared me and let me think Ha Long Bay is going to be a big tourist trap. Thankfully I was wrong! Ha Long is so big, even though there are many boats going there every day, each boat has another itinerary so that you can feel like you are almost the only one in the bay.
To visit Ha Long Bay you will have to go on a boat tour. We sailed around the limestone islands for around 3 hours with a stop at the surprising cave / Sung sot cave, considered the most magnificent karst cave of Ha Long Bay, and here also even though there was many boats in front of the bay, it was not too busy inside the cave. The cave is interesting if you like to know about history as the Vietnamese used caves to hide from the bombings during the Vietnam war.

From the cave, you also have a great view over Ha Long Bay. 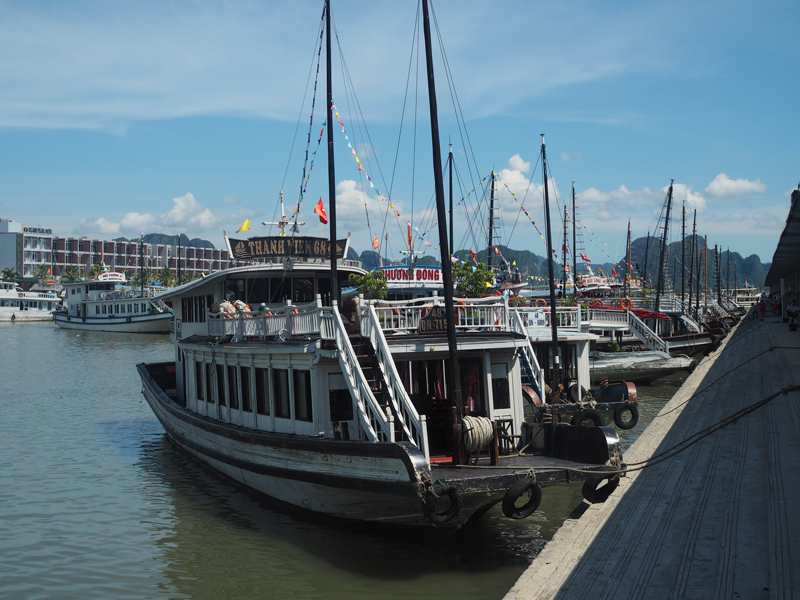 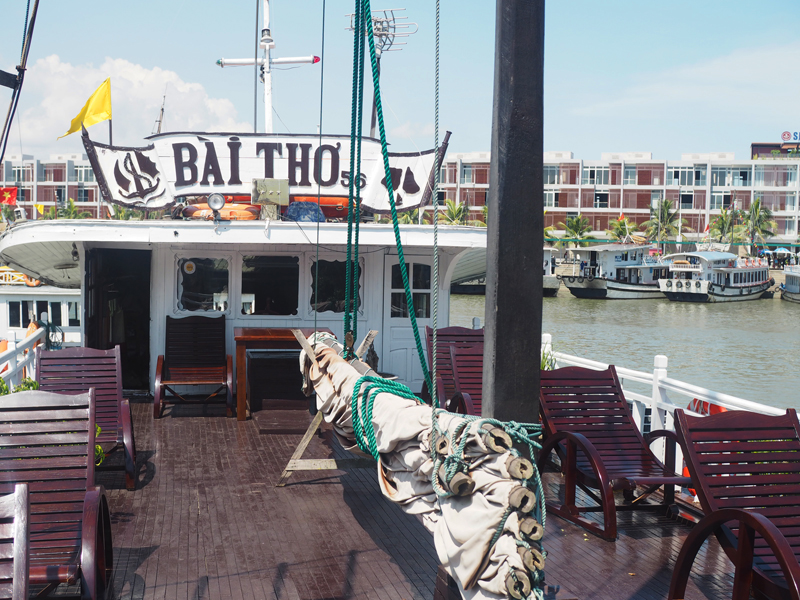 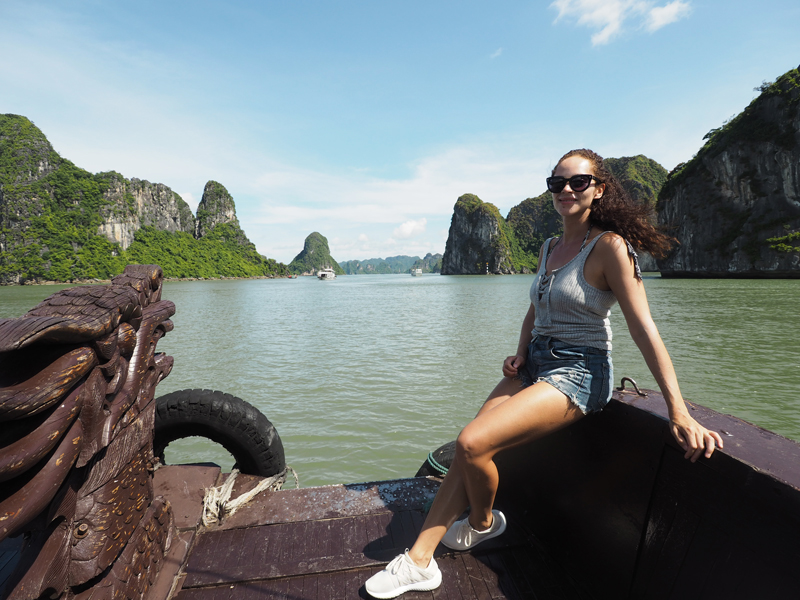 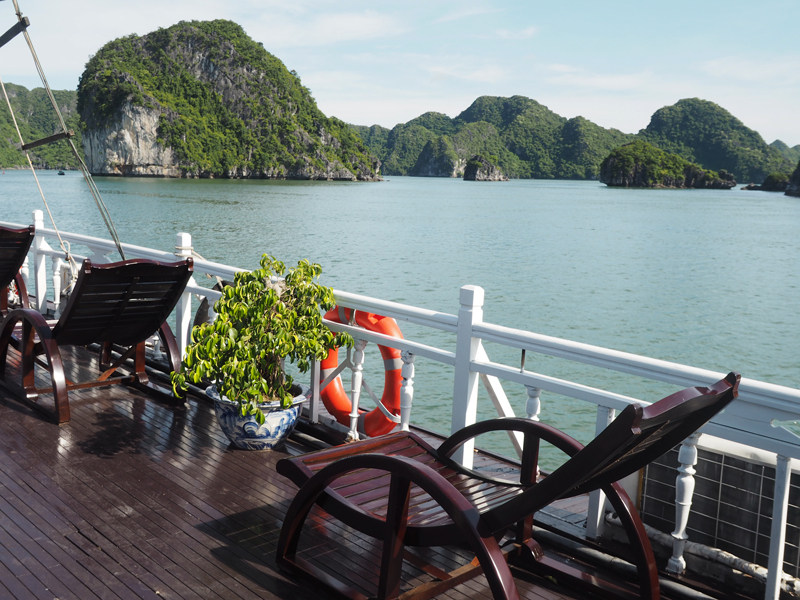 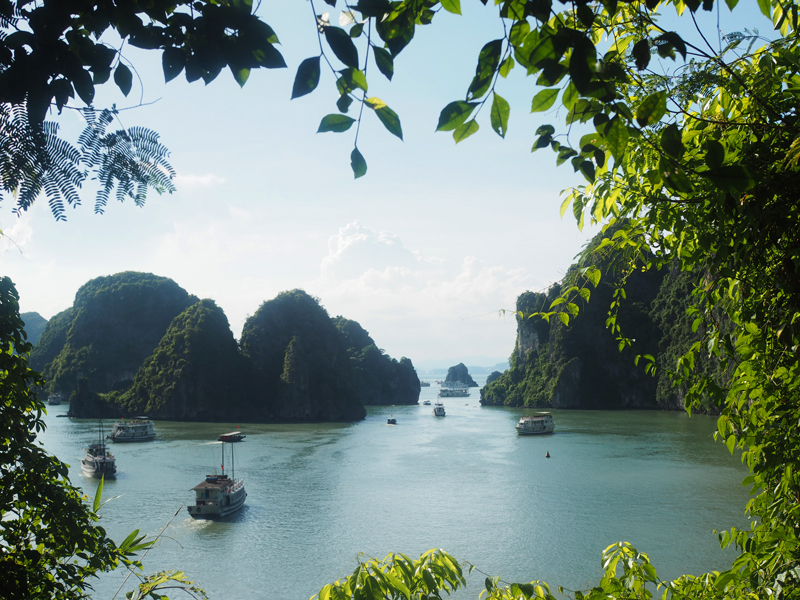 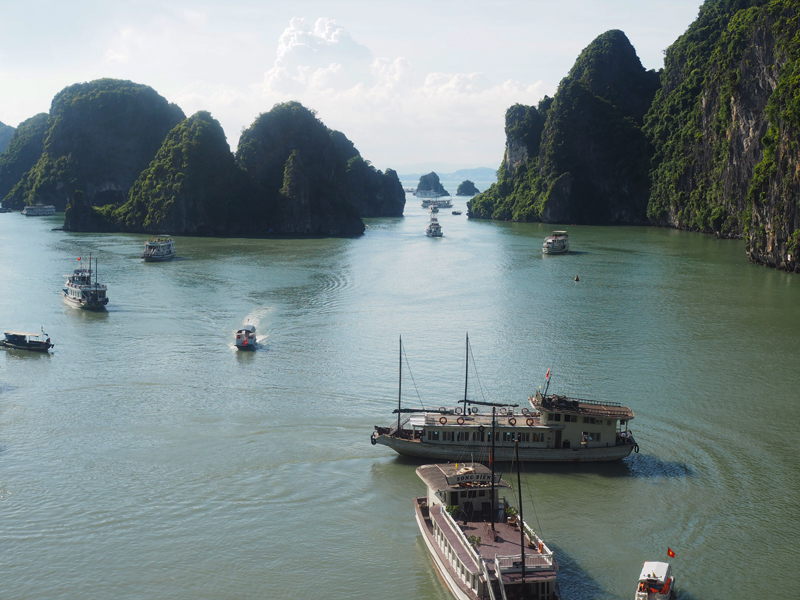 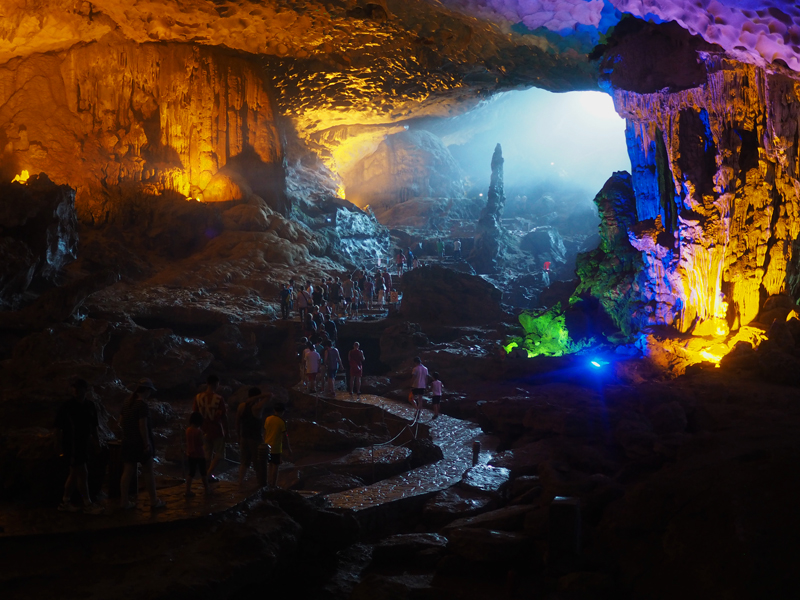 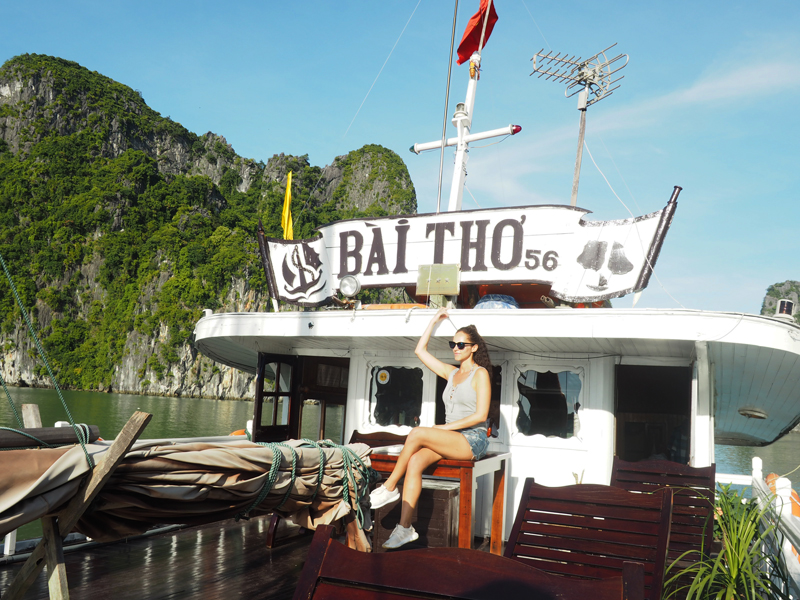 I loved visiting Ha Long Bay as it was on the top of my bucket list but even though it is hard to say so, I was more amazed by Trang An. The limestone landscape at Trang An, also named Ha Long Bay on land, is similar to the one at Ha Long bay, both are indeed karst landscapes.

Before going to Trang An, I quickly googled the name to see how the place was going to look like but I did not expect anything. When I arrived I was super surprised because it was so authentic. We first ate in a local restaurant and then went onto a small boat to visit the surroundings. Indeed, to visit Trang An, you will have to go on a boat tour. Vietnamese women are running the place. They wait for their clients at the entrance of the complex and take up to 6 of them on their little boat. The Trang An boat tour is around 3 hours long and takes you through the Trang An complex and its many caves.

If you plan to spend more time in the area, Wandering Wheatleys wrote an article on what to do in Ninh Binh! 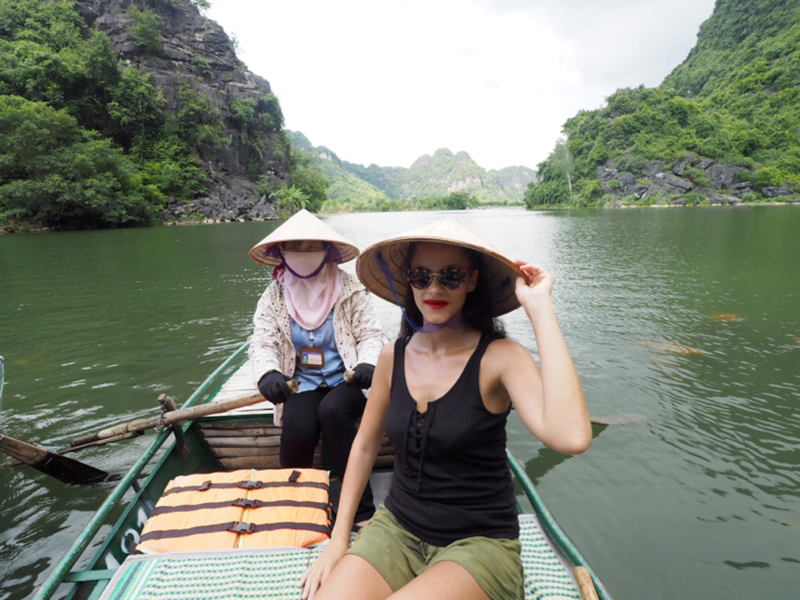 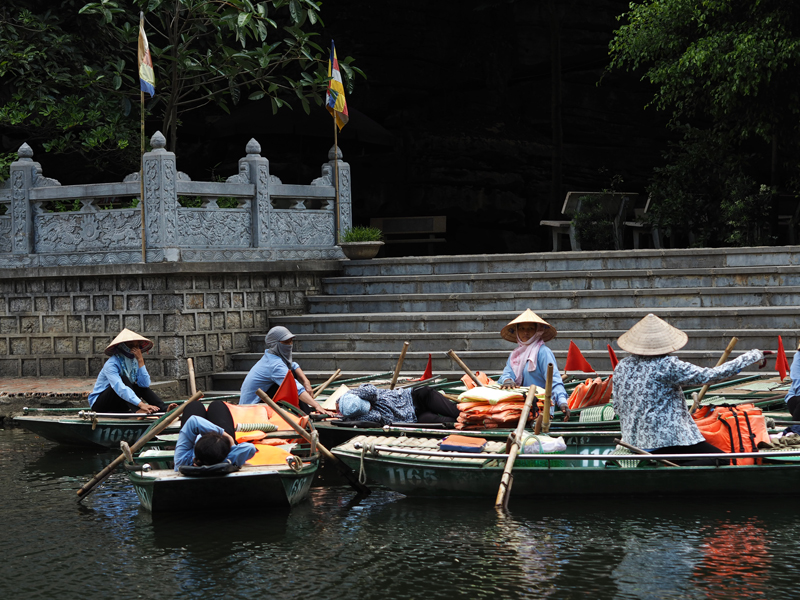 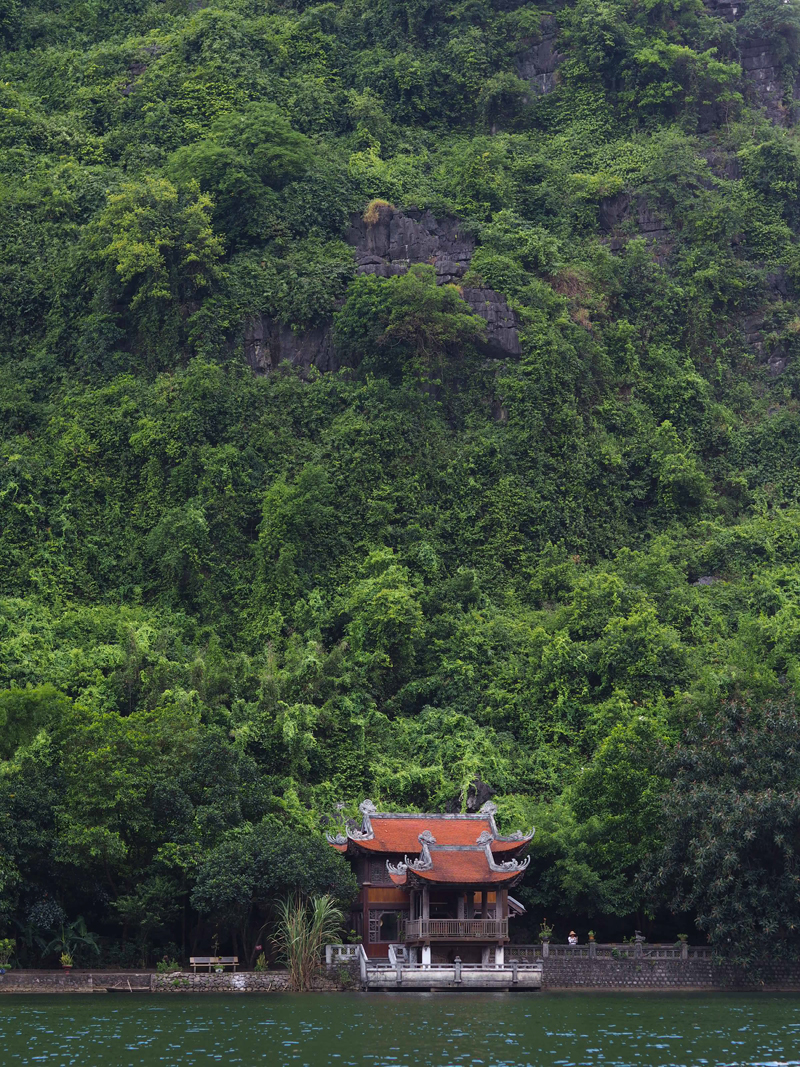 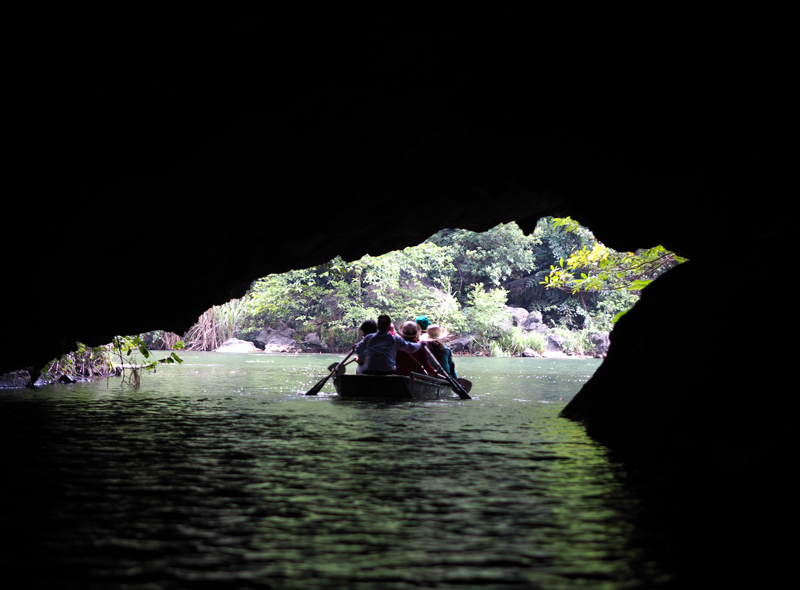 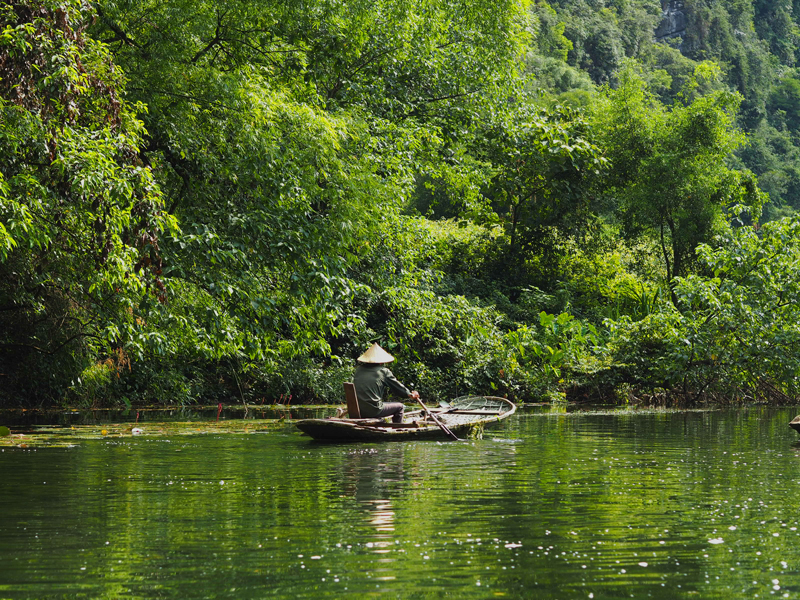 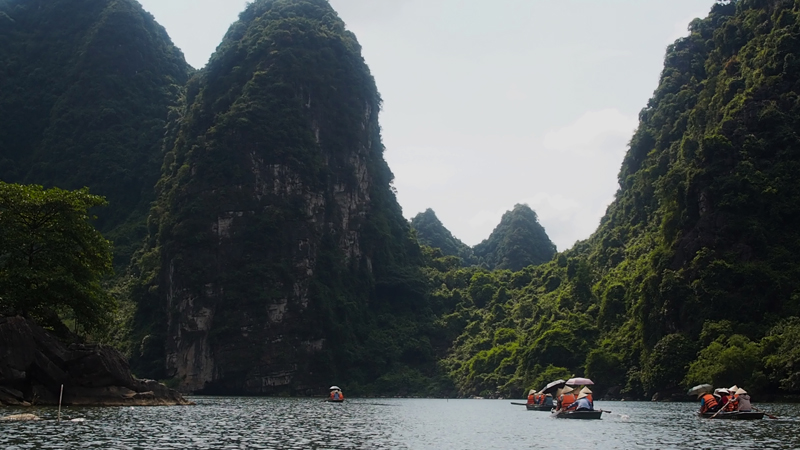 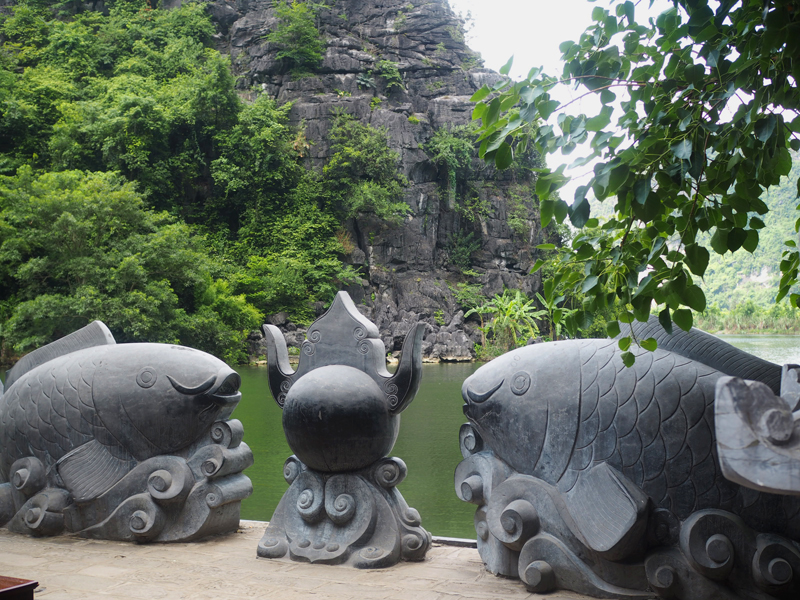 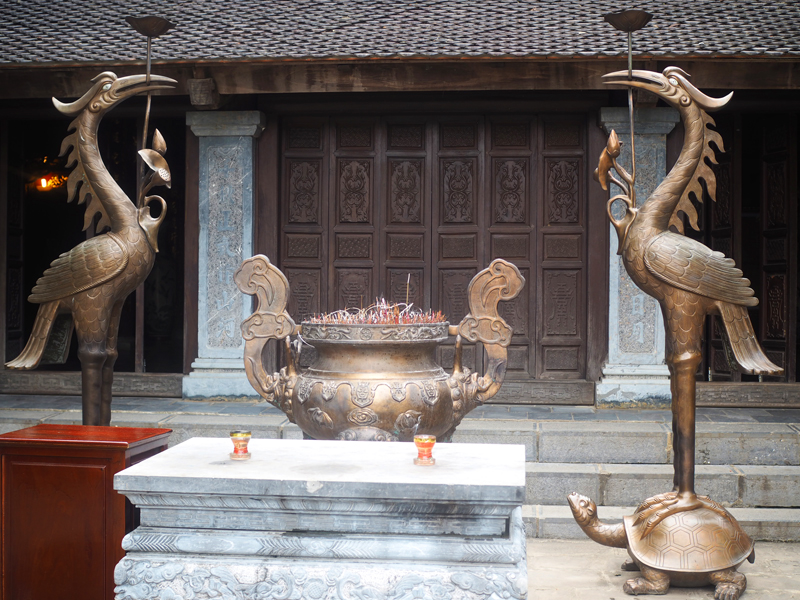 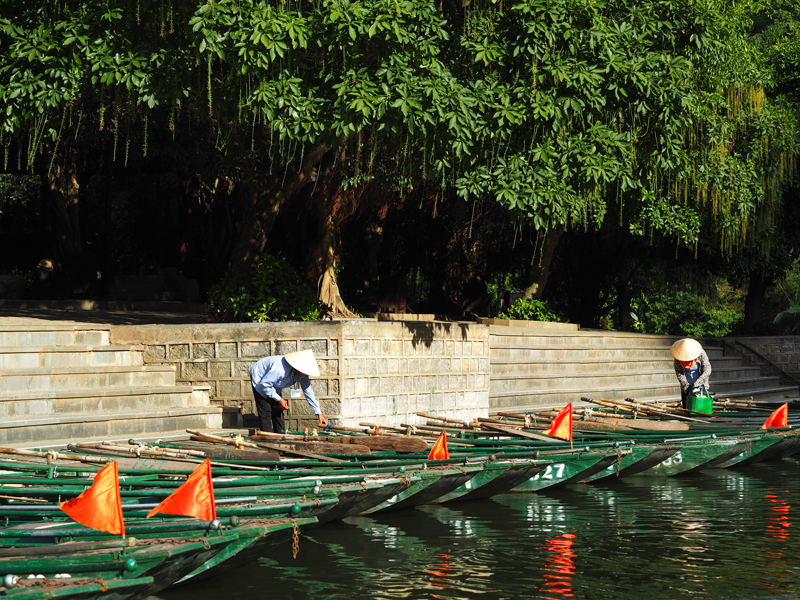 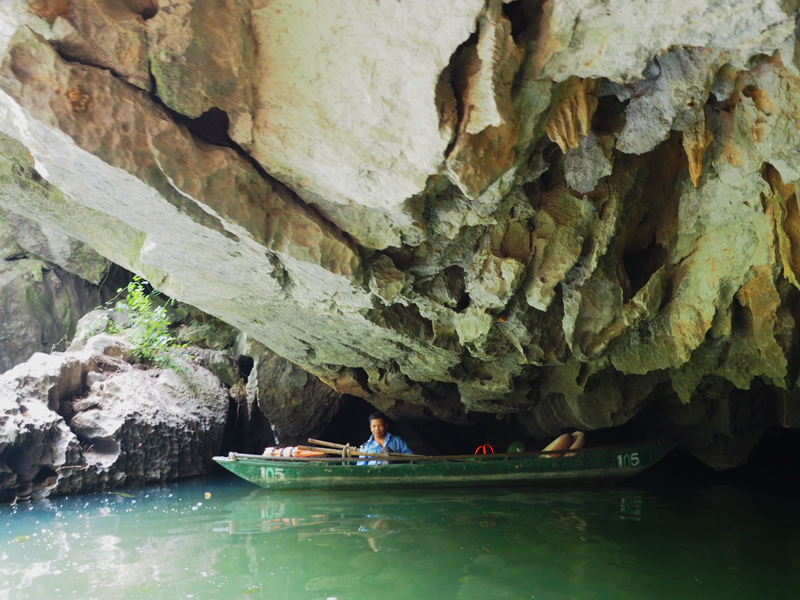 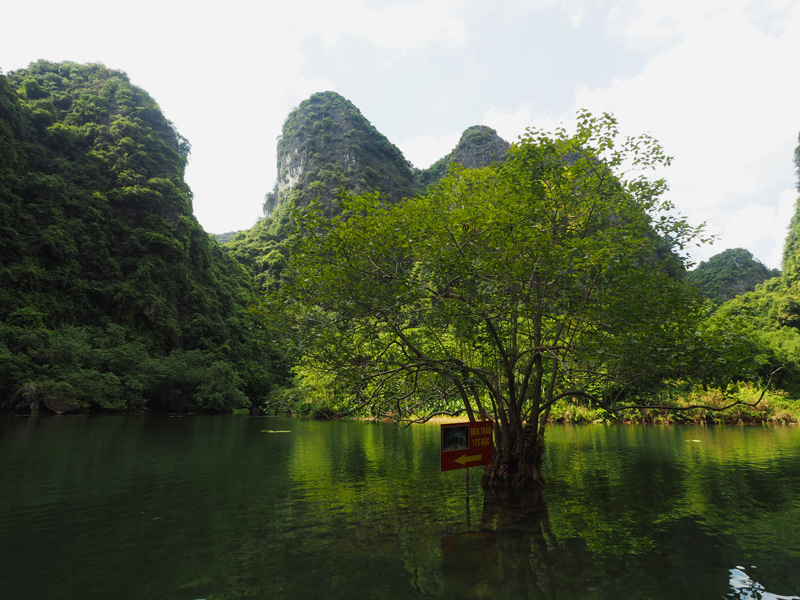 If you want to see more karst landscape, as I said, I stayed at at a magical place in the Phang Nga Bay in Thailand last year : the Six Senses resort, a luxury resort facing the many limestone karsts.