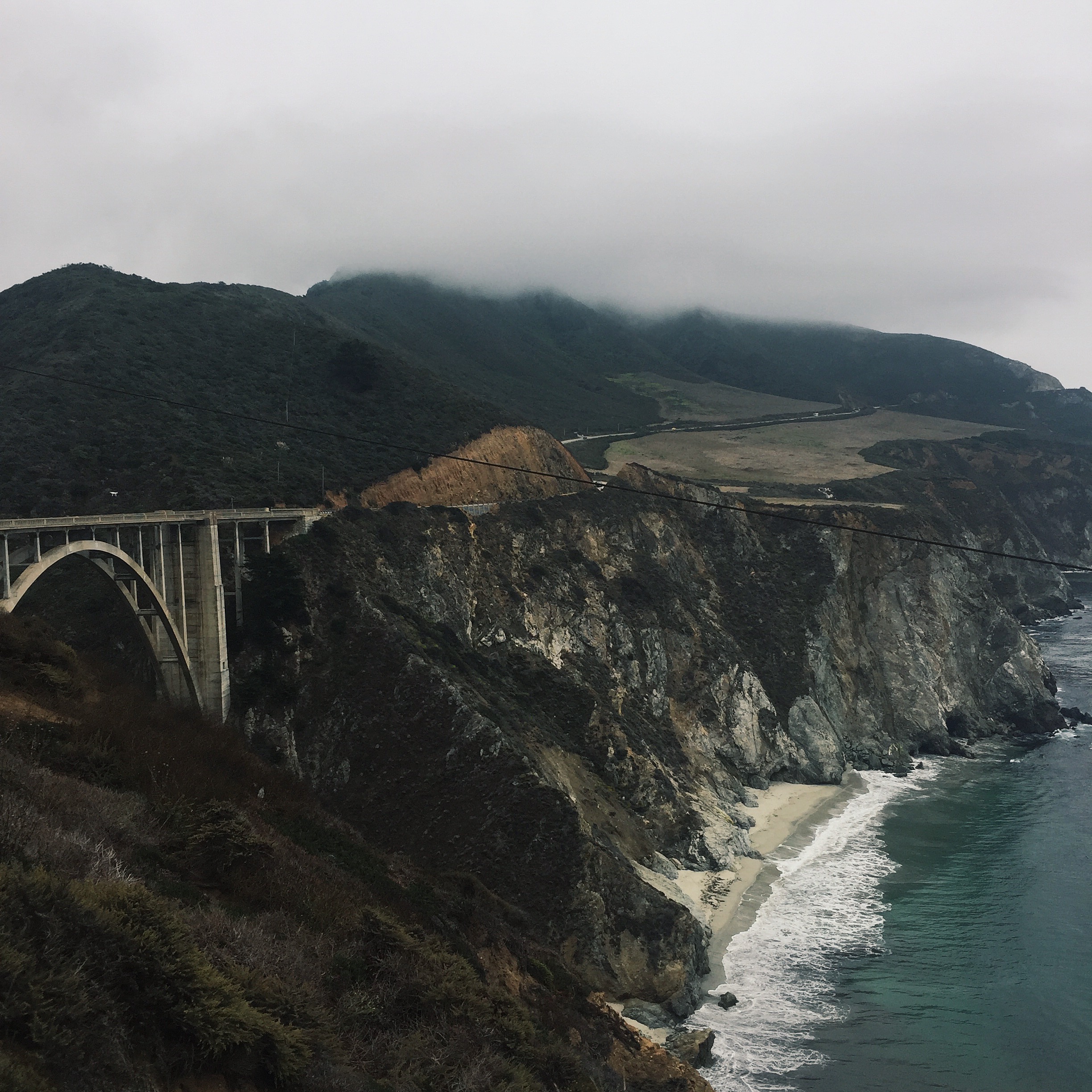 During our Los Angeles to San Francisco road trip, we decided to take our time and add some stops to our Pacific coast highway road trip itinerary.

This part of my trip going from Los Angeles to San Francisco was my favorite. Such breathtaking landscapes!

Later on, we also drove to Yosemite and Death Valley

There was so many things to see on the way from Los Angeles to San Francisco. I took some notes of where to stop before hitting the road but we ended up stopping where we though it was beautiful along the way. Be flexible is the best tip I can give you if you decide to do the same road trip. Also plan enough time. You will be disappointed if you rush from one place to the next!

Another tip is to cover up as it is way cooler in this part of California than it was on our first stop in Santa Barbara. Around 12 degrees at the end of August, you will wear more than just a t-shirt and shorts 😉

The first stop after Santa Barbara was Pismo Beach. It is a typical little American town like you see in the movies. A part of the town is set up above the see on a cliff. It is a really beautiful landscape and home of many big birds. Perfect if you like bird watching. We stopped around 30 minutes before hitting the road again. 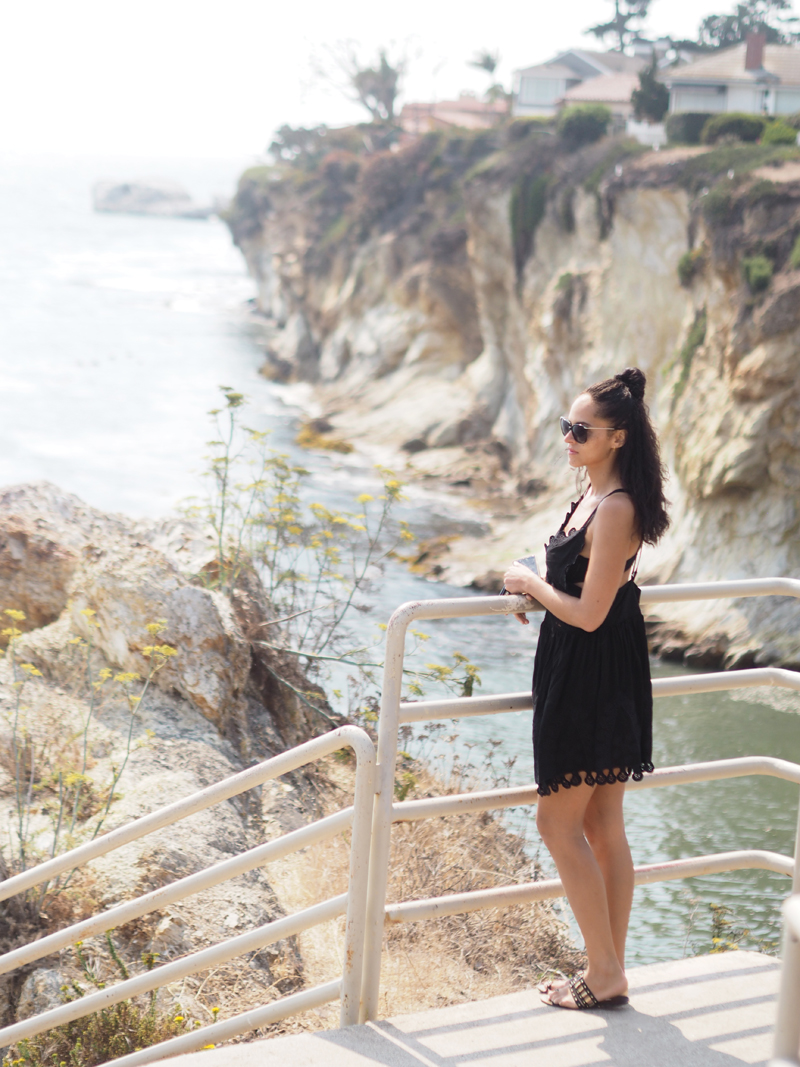 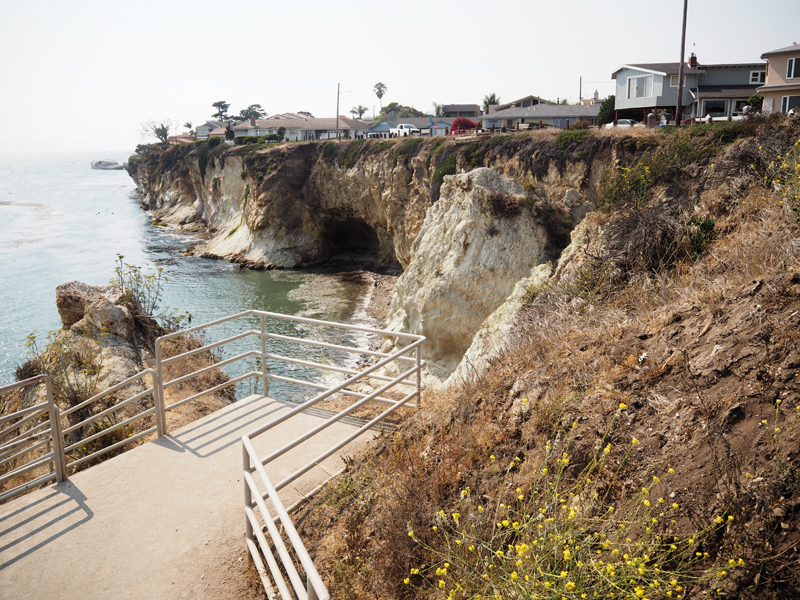 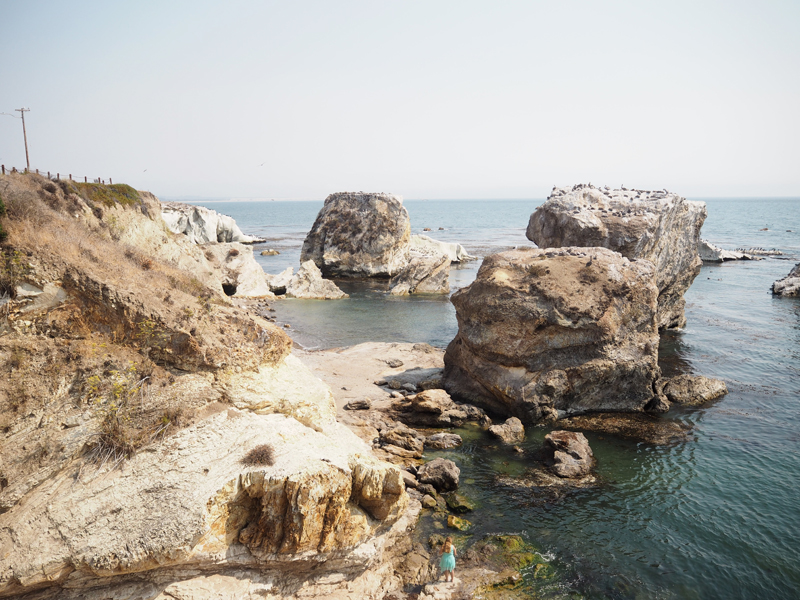 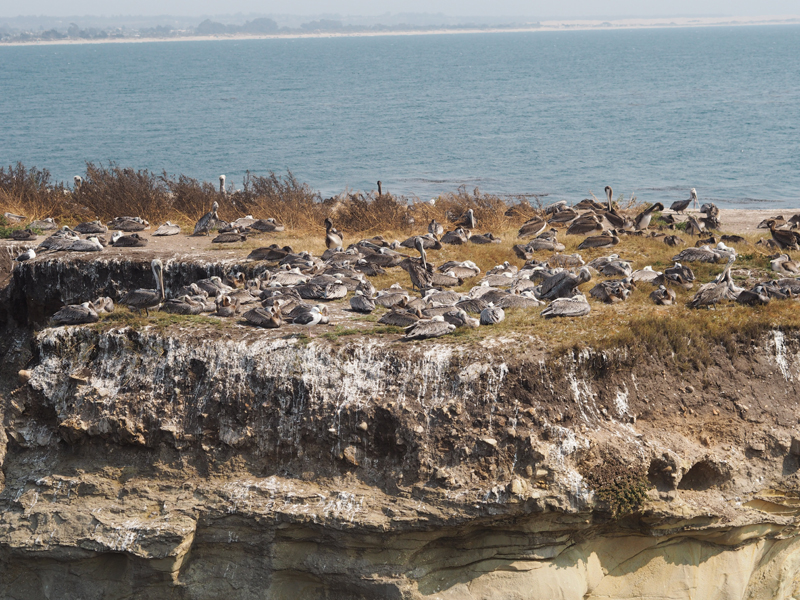 Our next stop was Cambria, where we spent the night. We were tired of driving and decided to book a room in the area where we were. It ended up being Cambria. A lovely little town even though it remembered me of some horror movies I used to watch as a child. Many hotels are booked by locals who do long walks on the beach with their dogs or sip a glass of wine while watching the sunset. We stayed in the cheapest hotel in Cambria, because we didn’t care of having a beautiful hotel since it was only for one night. It ended up being a super nice hotel that was just renovated. It’s name is Cambria beach lodge and I can recommend it if you are in the area. 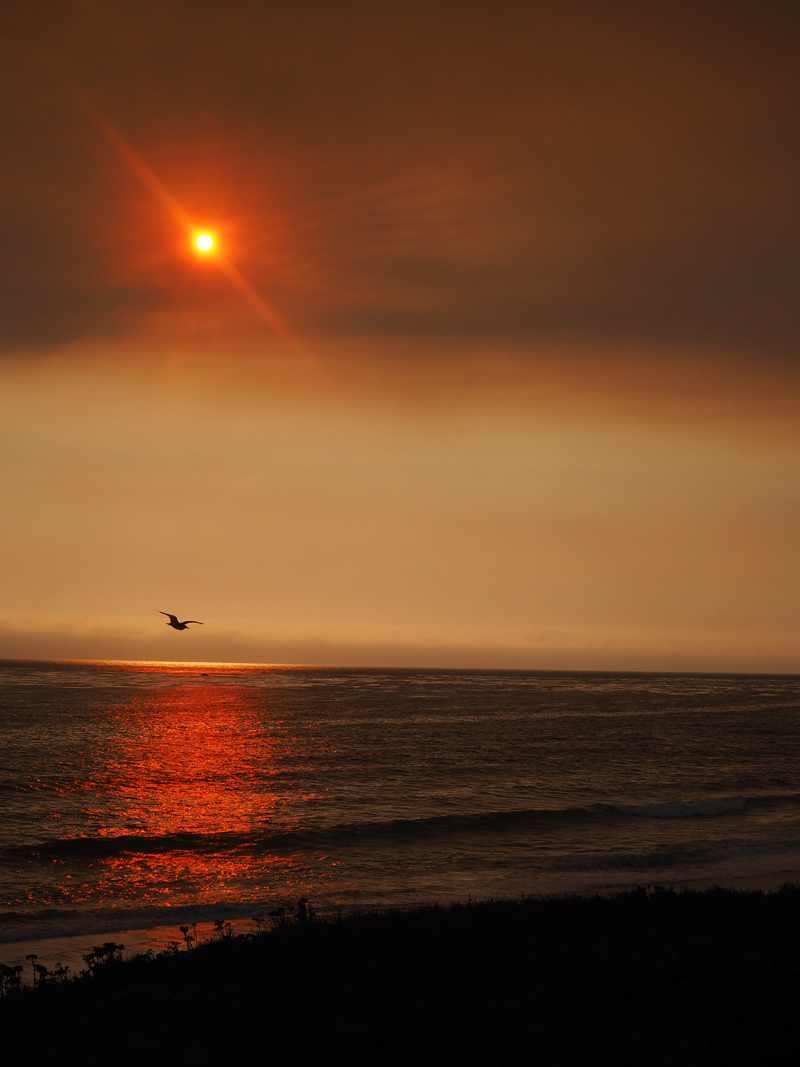 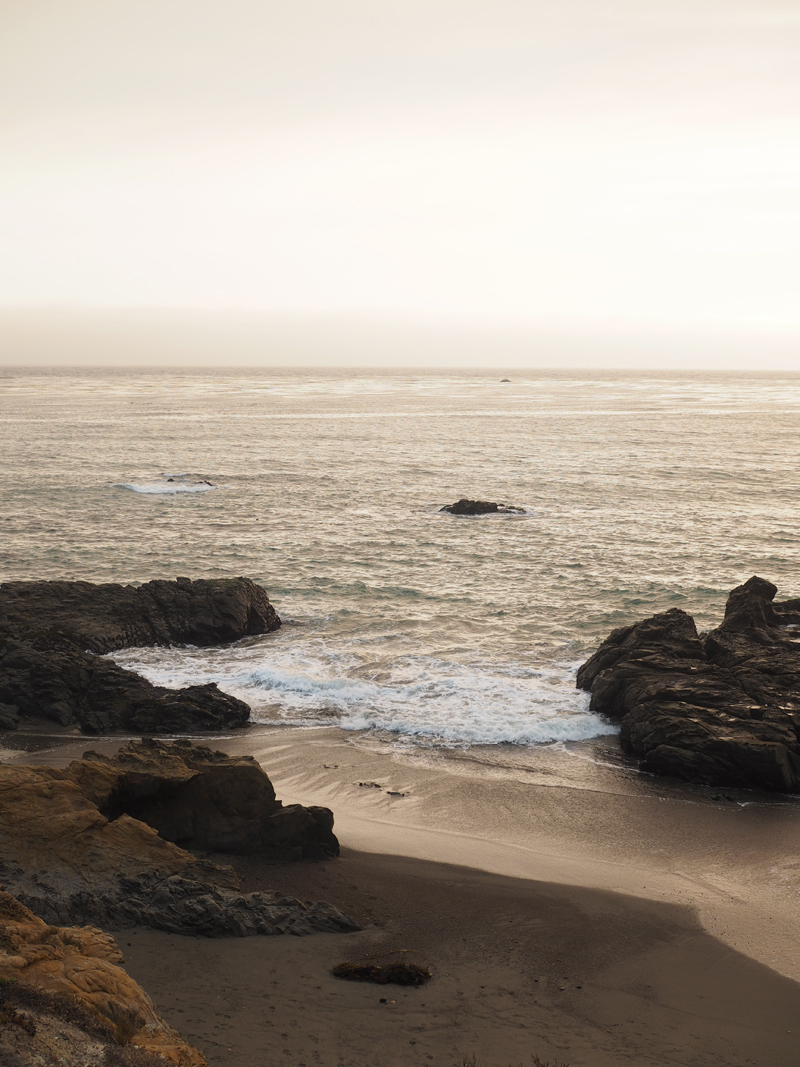 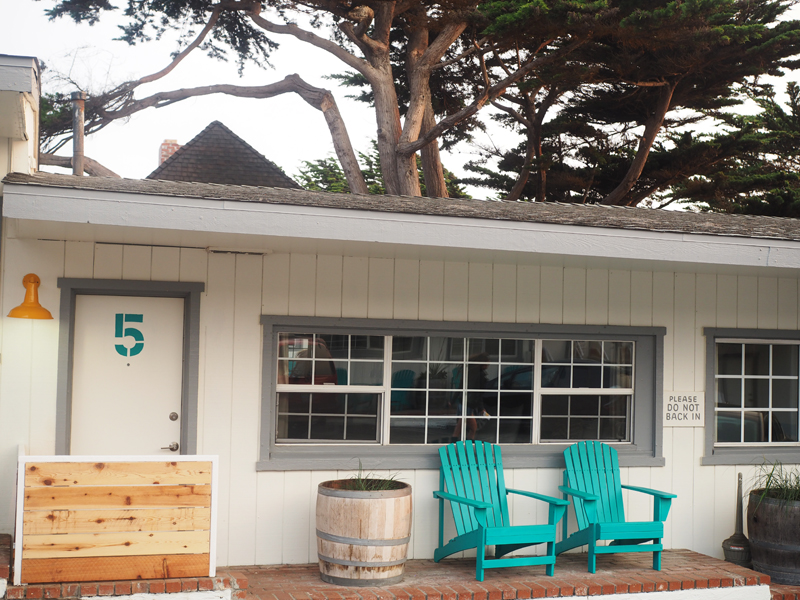 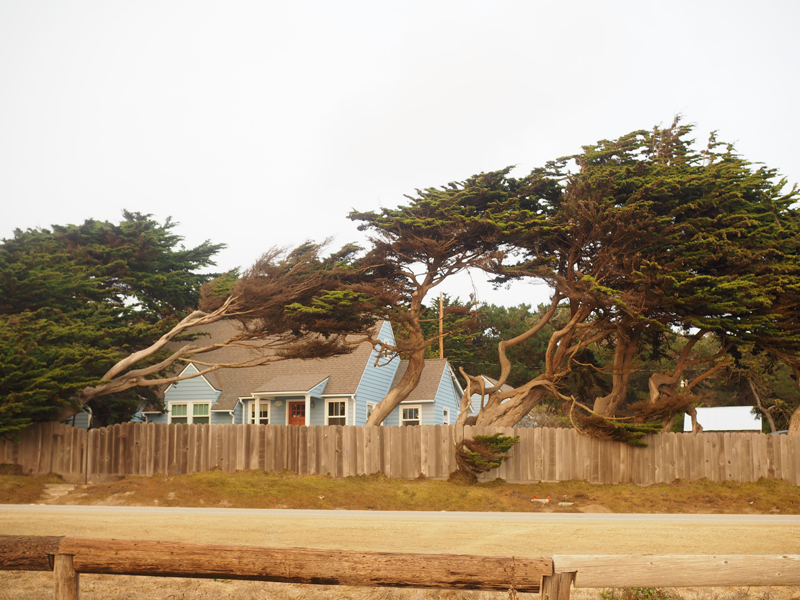 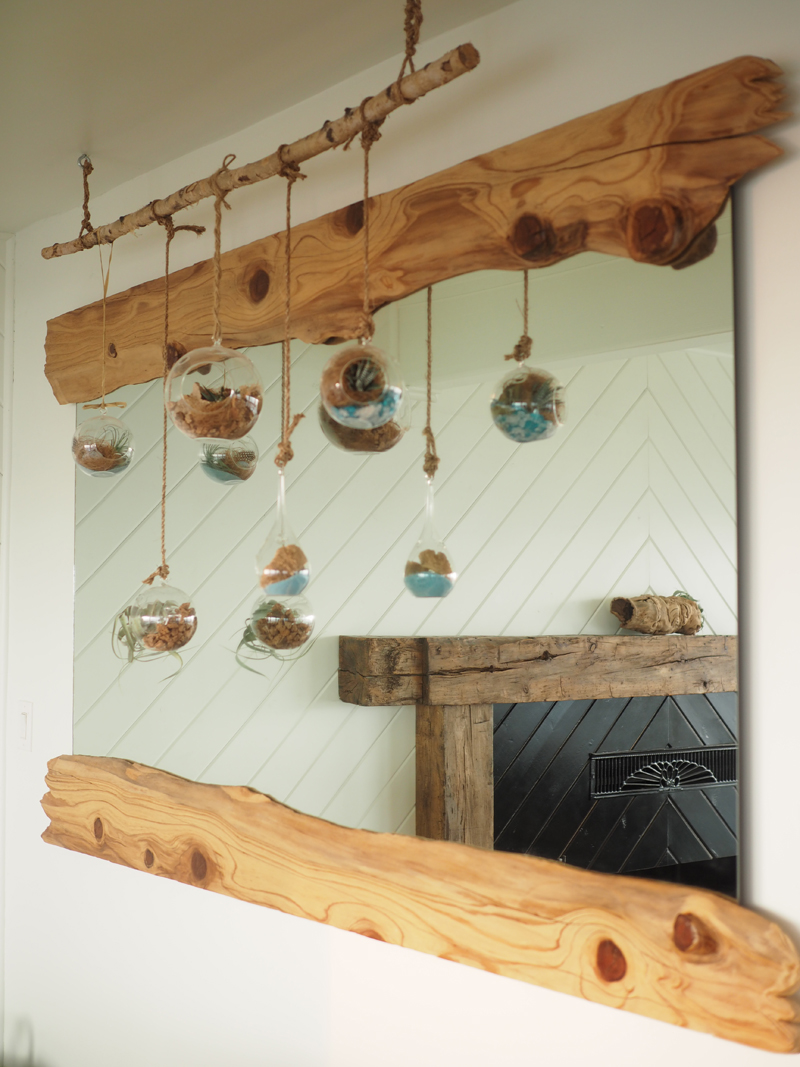 The next morning we wanted to visit the Hearth Castle but it was closed because of the impressive Chimney Fire (google it if you want more infos) going on in the area. Instead we went to the pier of San Simeon across the street and took a few pictures.
Don’t miss to plan Hearth Castle in your California road trip itinerary on your way from Los Angeles to San Francisco. It is a really impressive and unexpected mansion in this part of California. The Hearst castle belongs to newspaper magnate William Randolph Hearst who welcomed some of the most popular politicians and Hollywood stars in the 20’s – 30’s. For example Charlie Chaplin, Greta Garbo, Clark Gable, James Stewart, Franklin Roosevelt, Winston Churchill and many more. 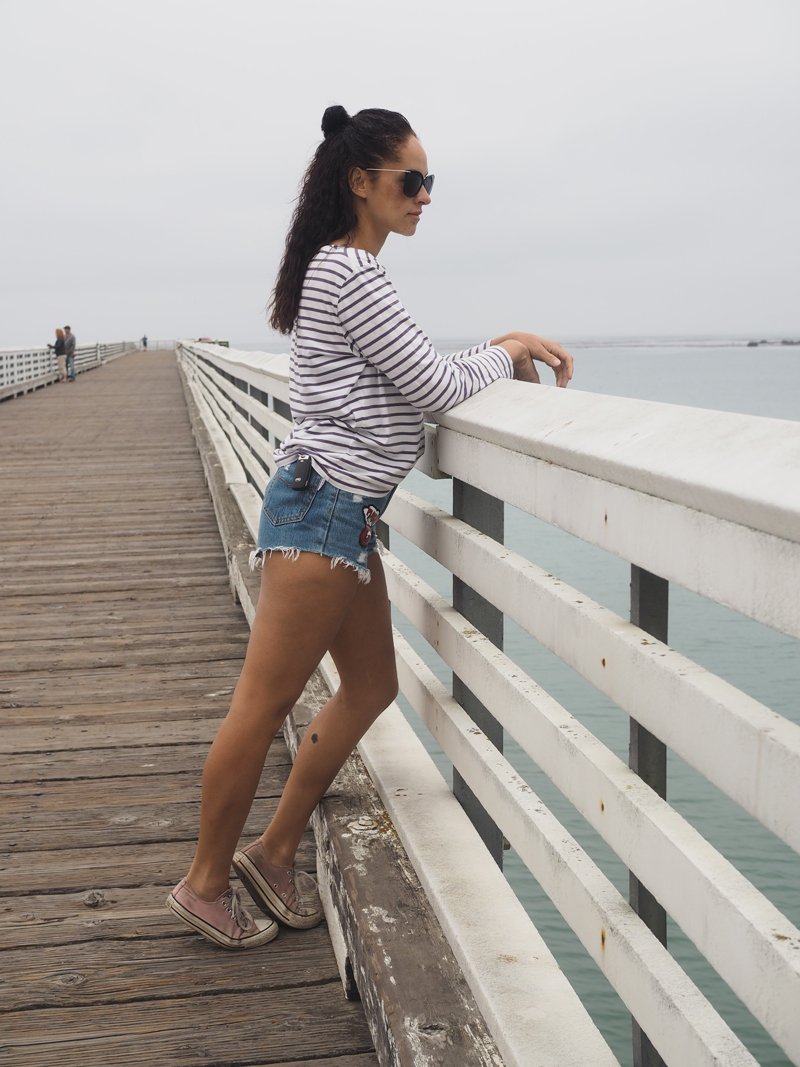 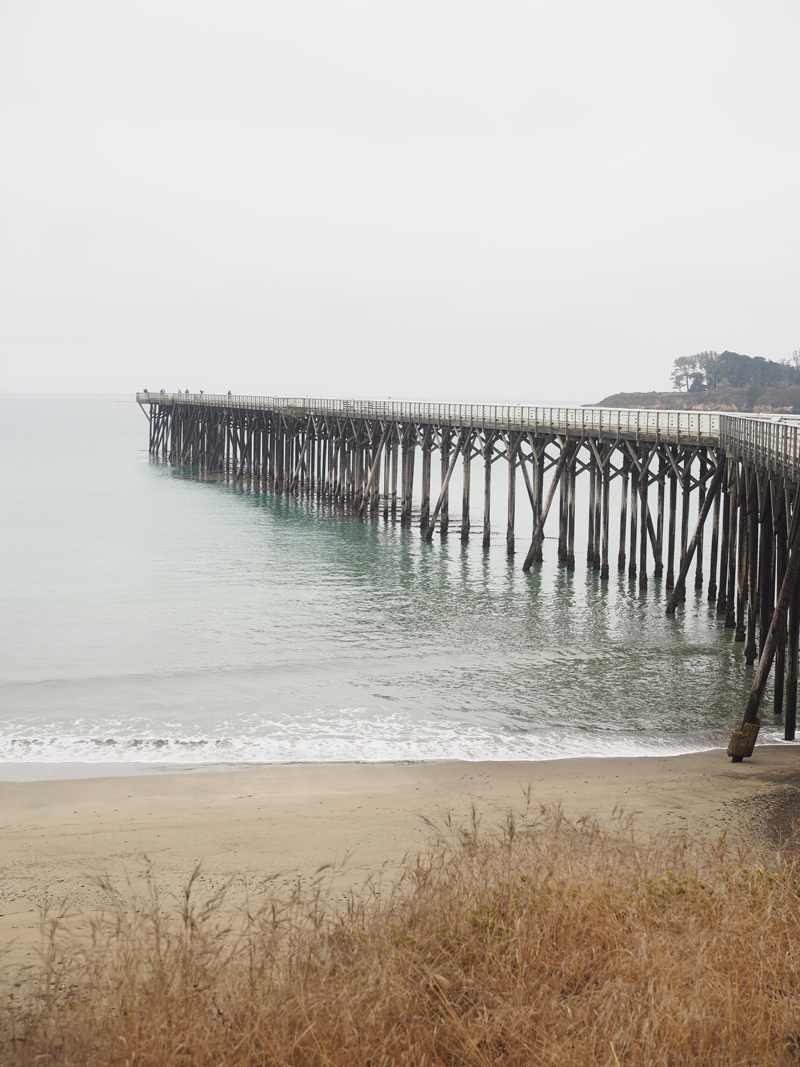 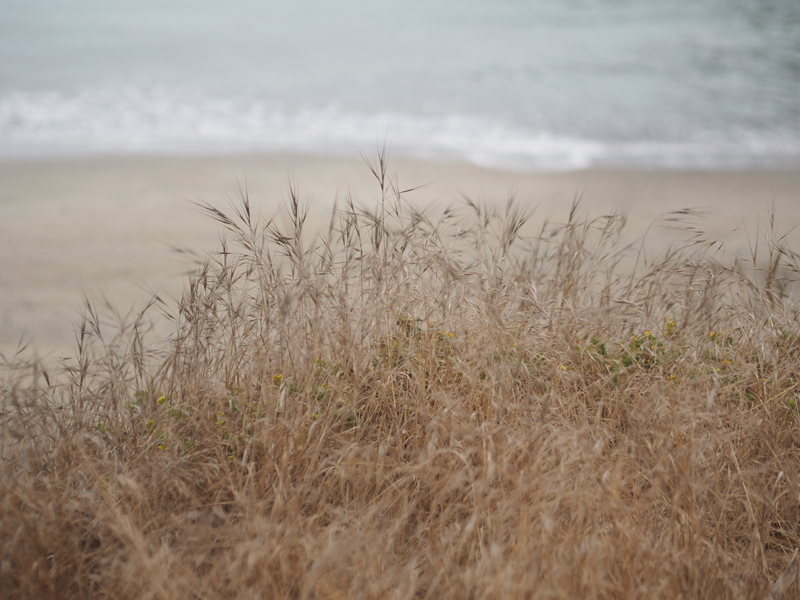 Next stopS on our Pacific coast highway road trip itinerary where along the Big Sur area. A dream coming true to me. I have always dreamed to go to Big Sur since I watched the movie “Chasing Mavericks”. I loved this movie and it’s landscape so much that I ended up checking out pictures of the North Californian’s Coast until I ended up finding pictures of Big Sur. I swore to myself that I would go there one day. That day happened and it was even more impressive than what I imagined. One of the most beautiful place I have seen so far. My friend, Chloe, who I am traveling with was hoping for more sun. But I loved it just as it was, with all the fog, as it gave the landscape such a dramatic atmosphere.
I think no pictures can give justice to how Big Sur looks like in real but it will give you an idea. Enjoy them. 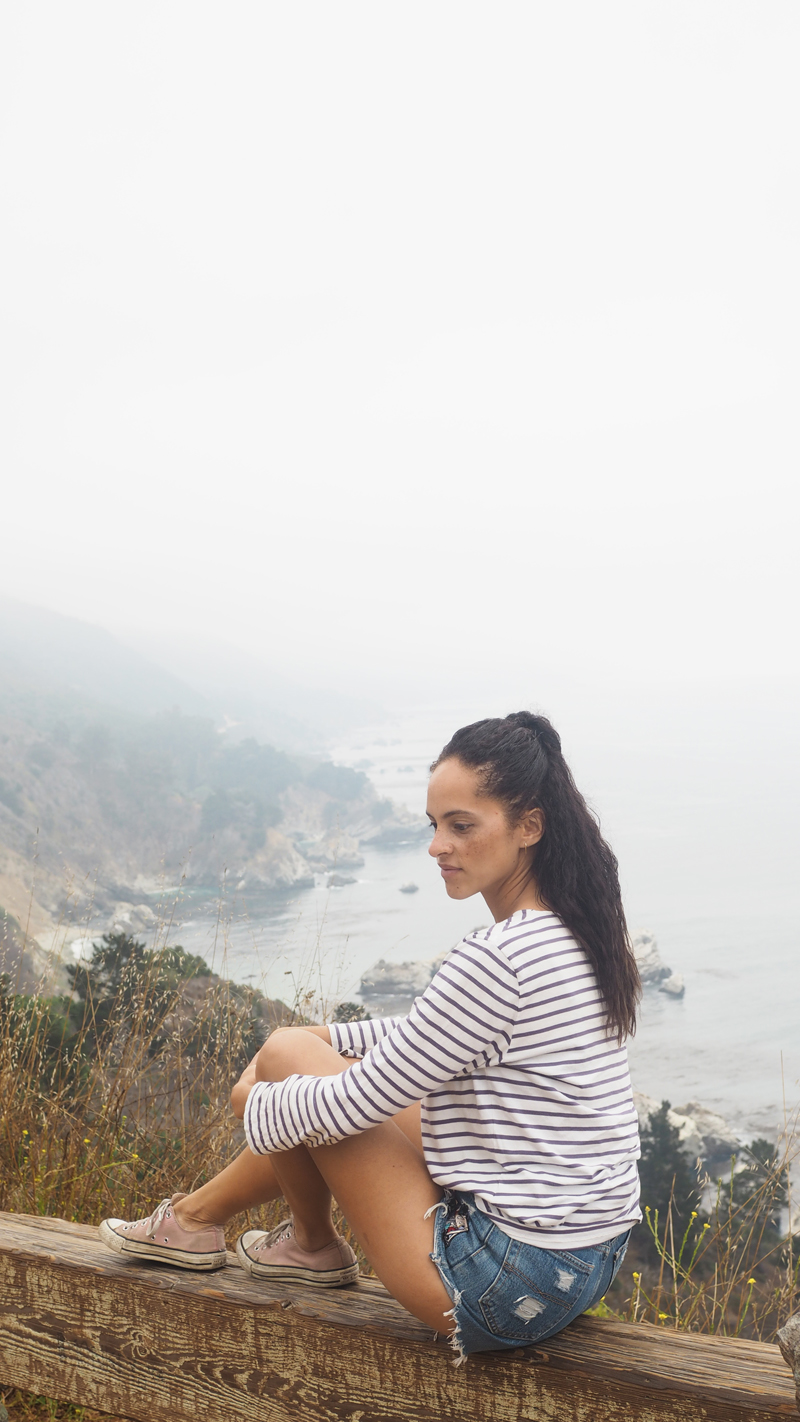 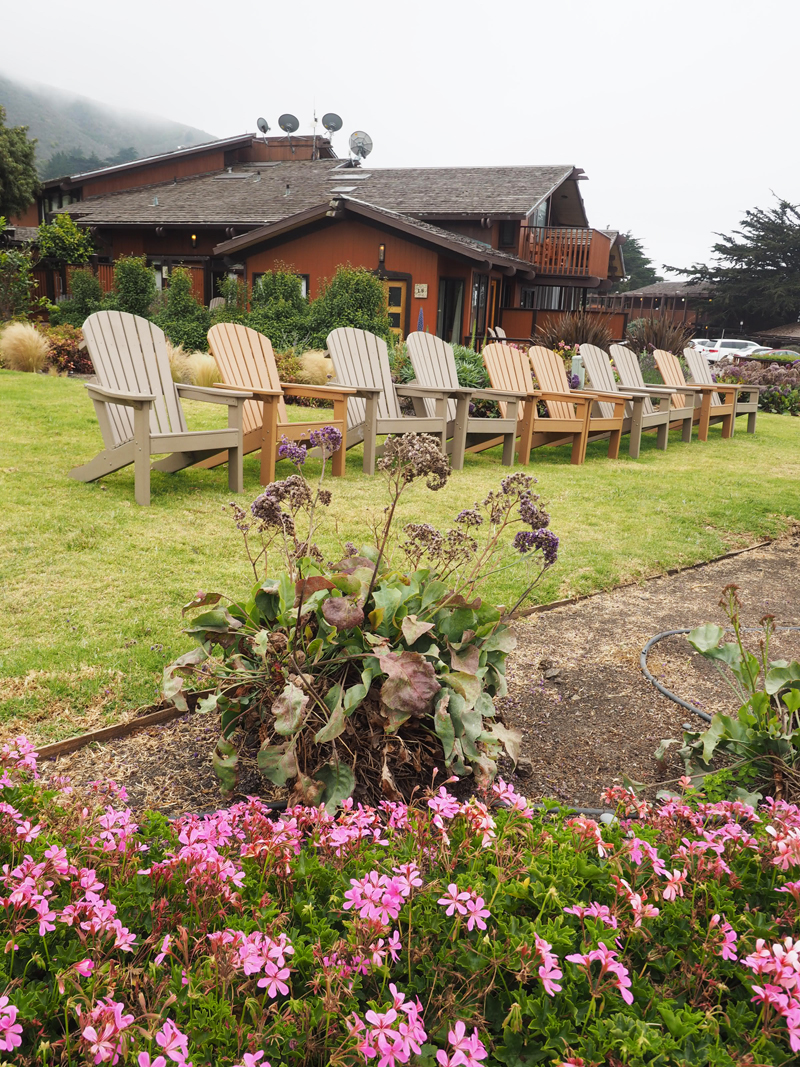 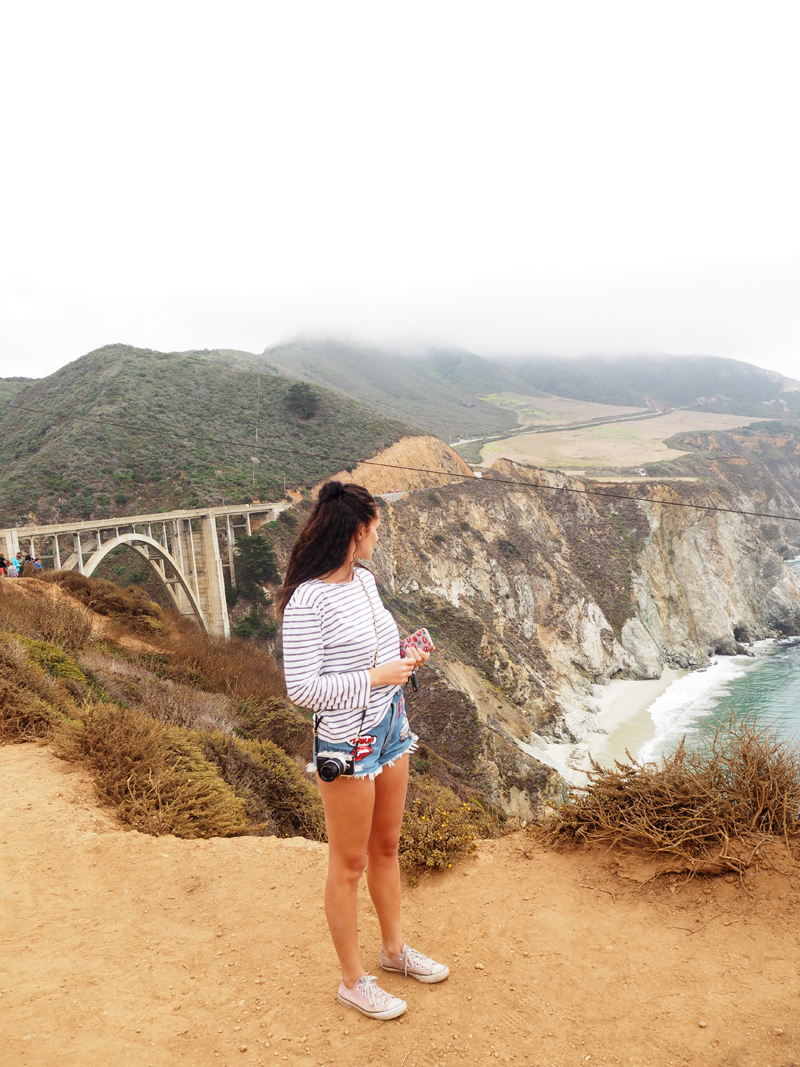 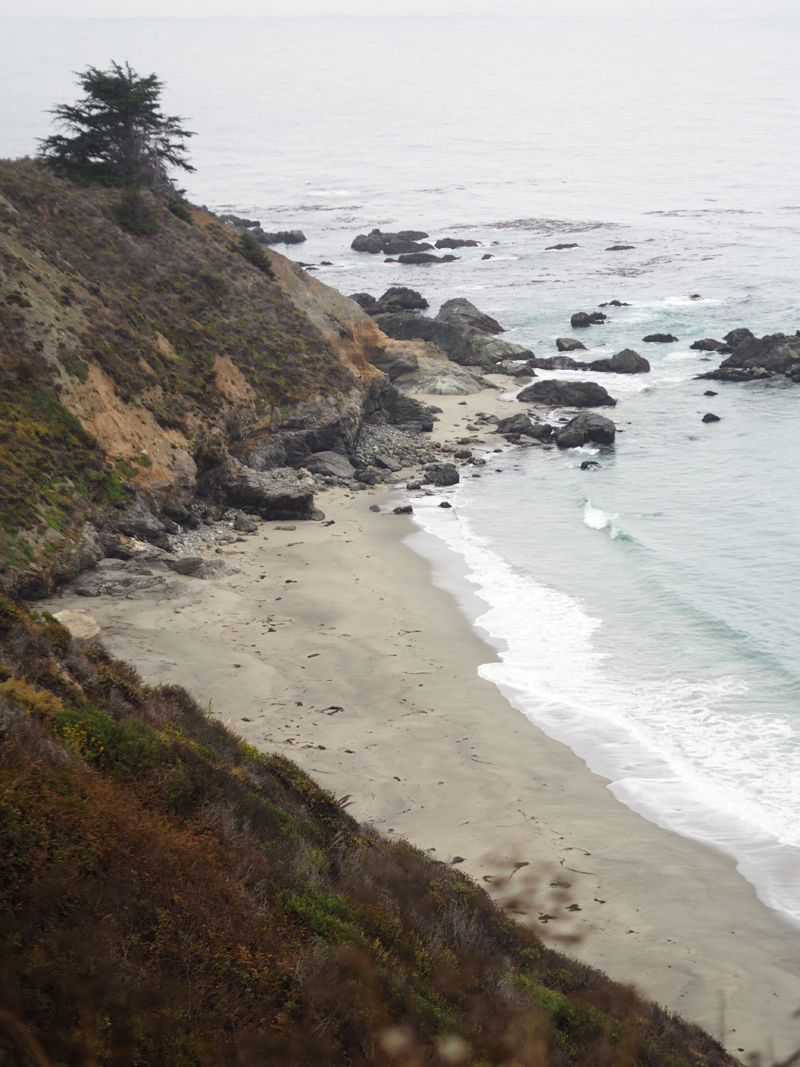 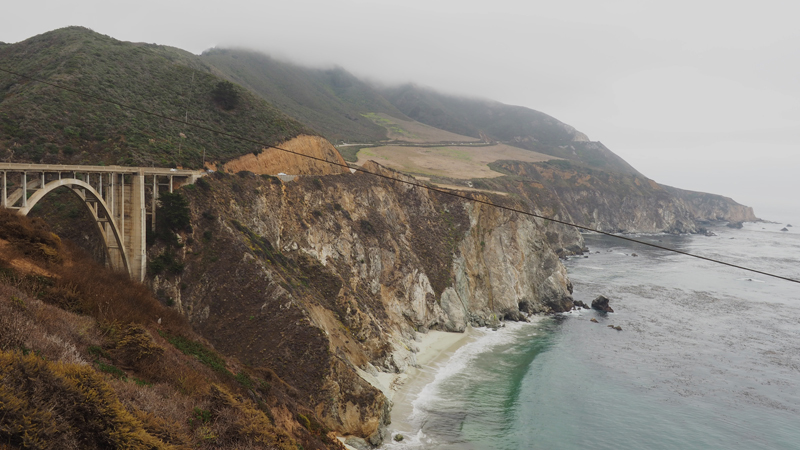 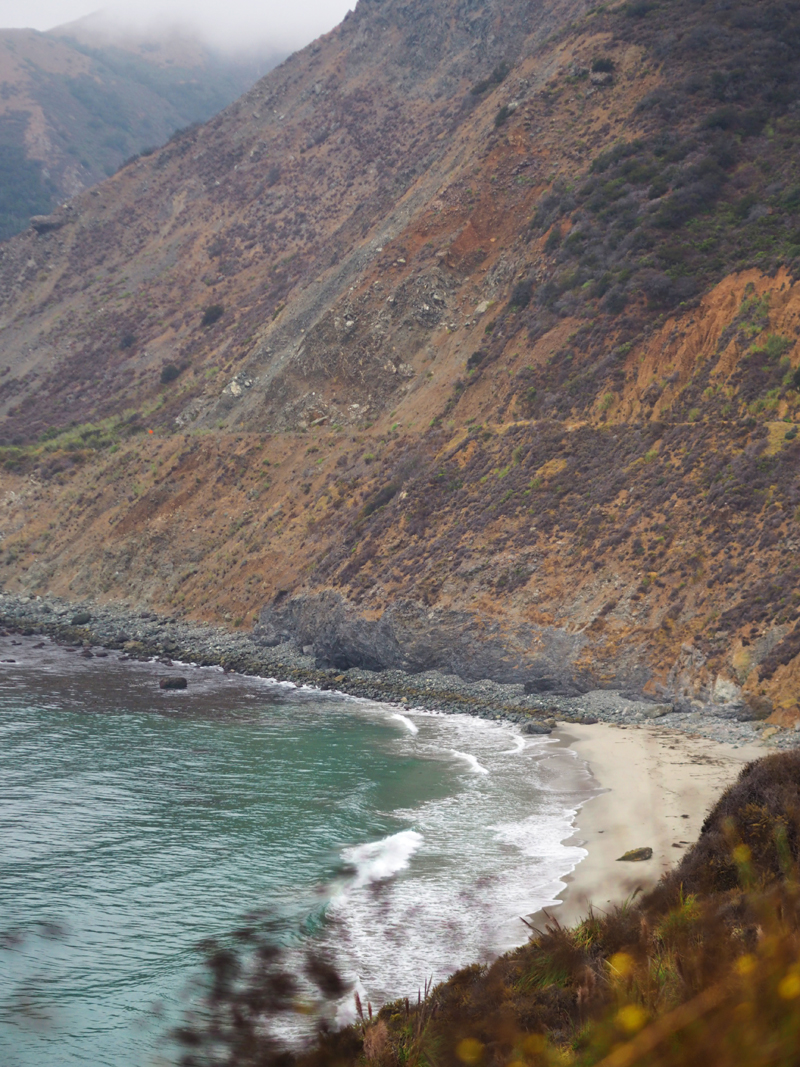 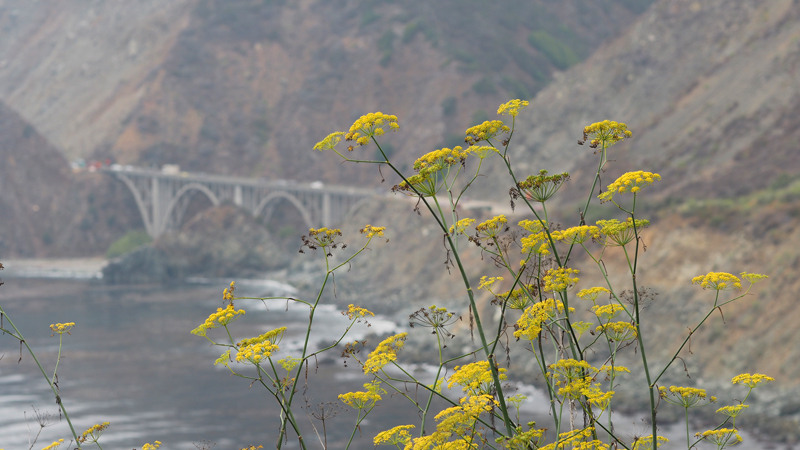 Where to stop on highway 1

On the way up from Los Angeles to San Francisco, there are a few more places worth the stop, like Carmel by the sea, Palo Alto, San Jose or San Luis Obispo (an Aussie on the road wrote 5 reasons I love San Luis Obispo). Unfortunately we didn’t had time to stop everywhere so I have no pictures to share but keep those places in mind when preparing your California road trip itinerary 🙂