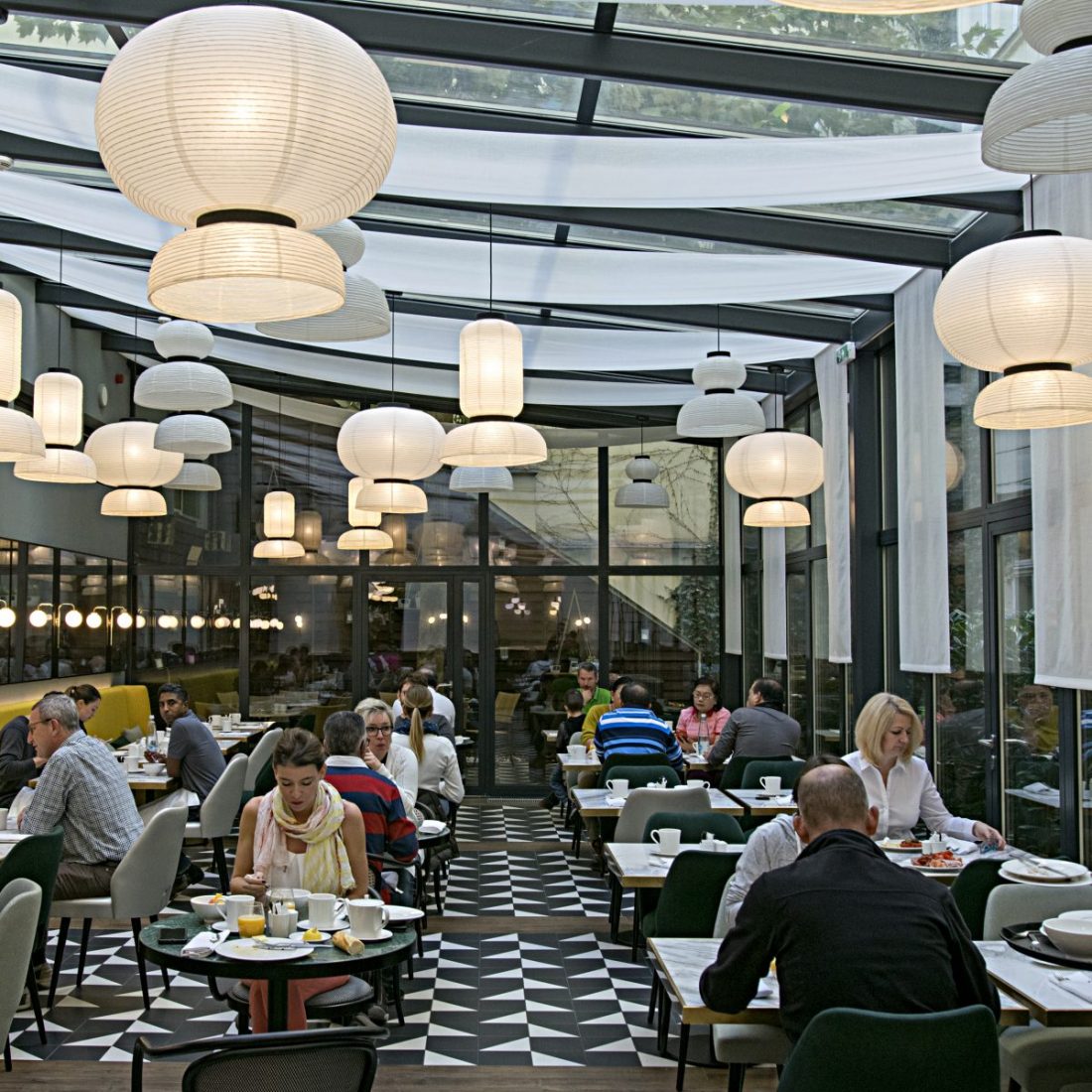 I always believed Prague is one of the most charming cities in Europe. There is something magic there, like the time would have stopped in 18th century and nothing would change after that. Because at the end among all the other old cities, Prague gives you this feeling of a place that doesn’t care about how much the society evolves. Nothing there will ever change.

After 6 years since the very first time, I was thinking to go there again for a short visit. Even if so close to Berlin, never managed to do it until last weekend. I have to admit that since the last time, the feeling I had about the city was completely different… in a good way though.

Last time I went it was over NYE, and that was probably the last time I decided to be in a kind of big city during festive season. Defining it “crazy” would be like diminishing it. Never saw something similar to that. But fine, I gave it another try, and it was totally worth it.

Prague this time welcomed us with a different approach: no snow, no craziness everywhere, no fireworks thrown under my feet while walking. There were instead 24 degrees, a super light blue sky and that awesome feeling you just have towards the beginning of June, not in October.

This time I stayed at Old Century Old Town Prague, a charming hotel in the very center of Prague, only 200m away from the Old Town square, where the astronomical clock is. Not just an amazing neo baroque building from early 19th century on the outside, but also an elegant and carefully decorated hotel in the inside by french interior architect Ana Moussinet. 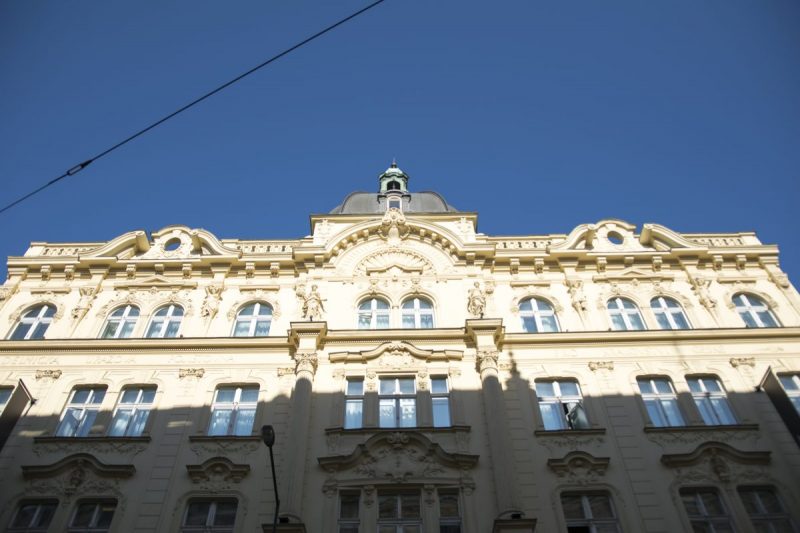 The room was really quiet and welcoming, with windows to the inner yard which was really nice in the morning. The main particularity about Old Century Old Town Prague is that each one of the room are decorated in a different style, with a common denominator which is the inspiration to Kafka, main author of the Prague scene. Really beautiful are the rounded stairs that Kafka took himself many time, embellished with old mirrors and statues in each floor, where you also have a lights that increases even more the magici of the place. 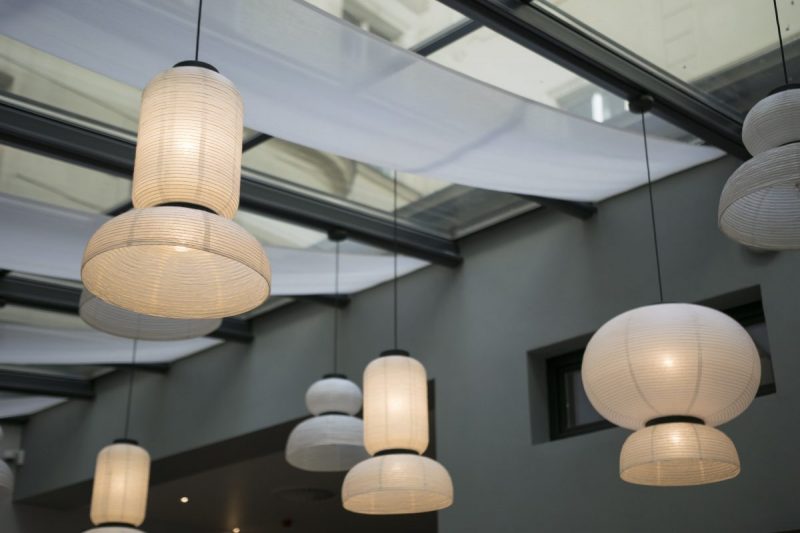 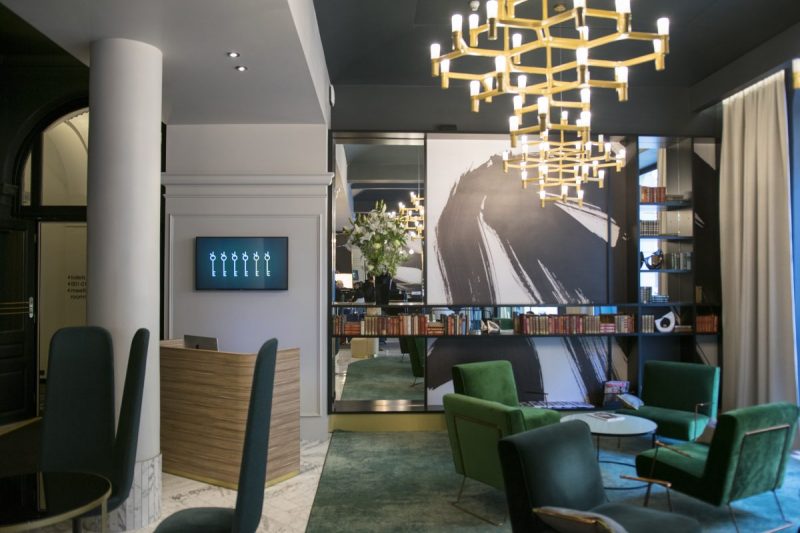 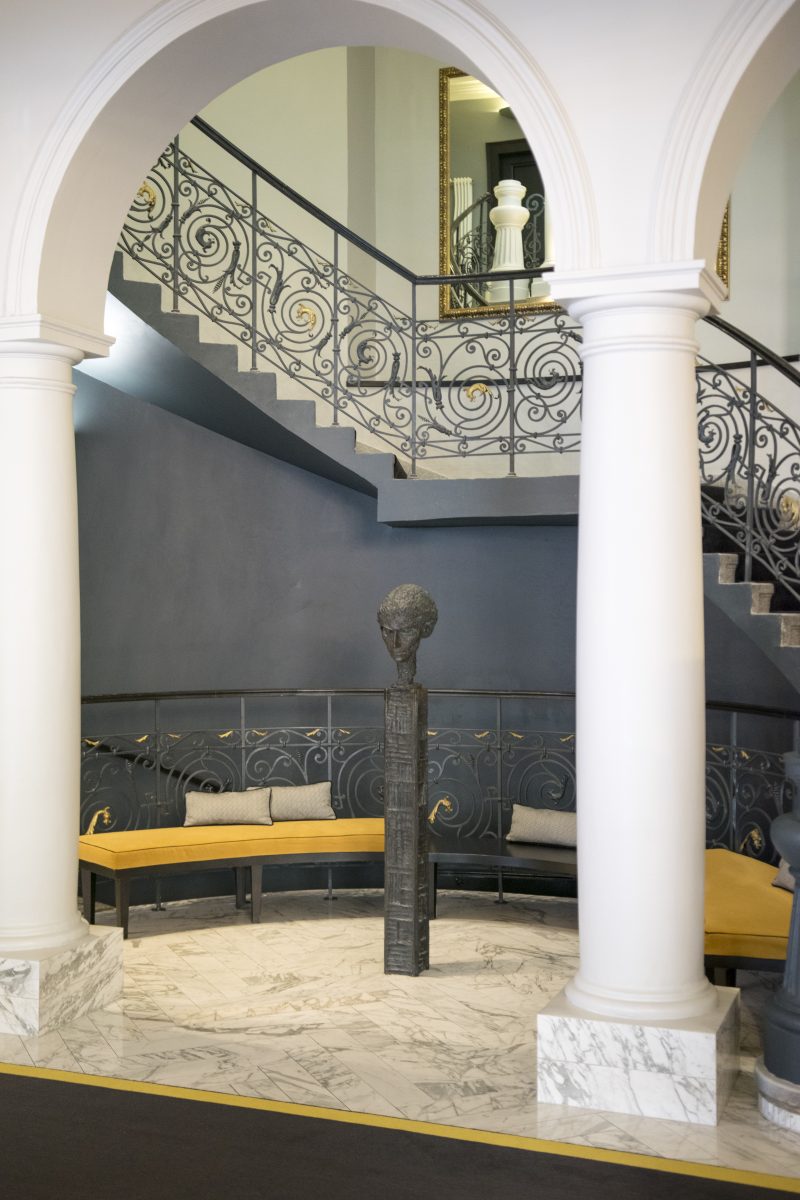 Being in Prague, and I would say in all the other cities in the world, there is something you can never avoid: the local food. After strolling around the whole day (and after a huge portion of Prague Ham – probably enough for 4 people), we had dinner in the nice atmosphere of the hotel restaurant.

Located in the ground floor next to the a really elegant and cosy bar, we had the chance to experience the amazing and really good tasting cuisine of The Old Century Old Town Ptrague. Three main courses, with Beef carpaccio as entrance, Risotto with pumpking plus chicken rolls with cheese and dried tomatoes and a degustation of 3 different dessert as final touch. 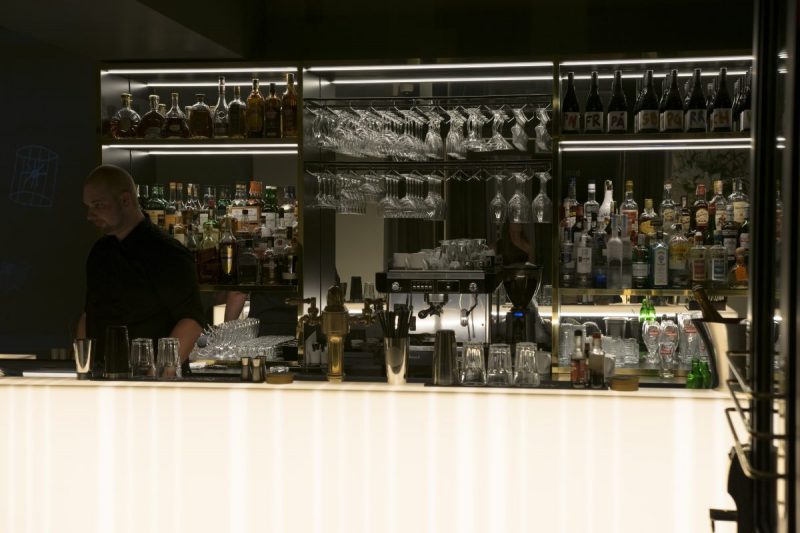 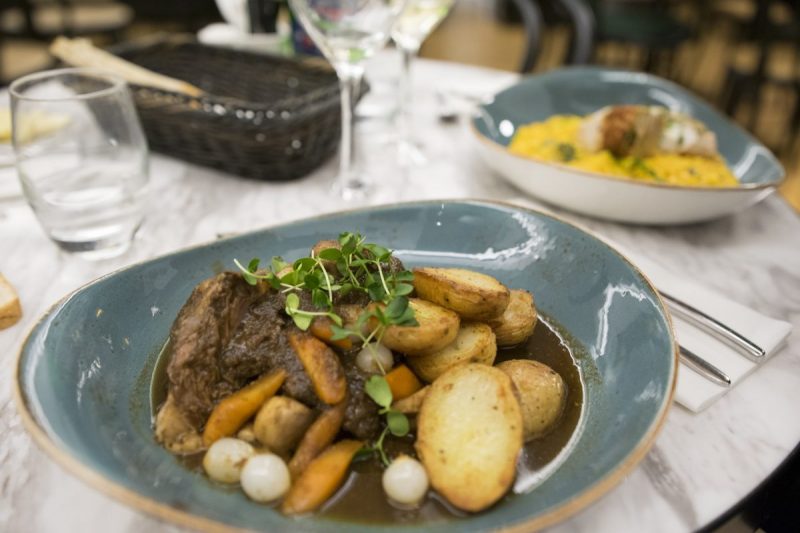 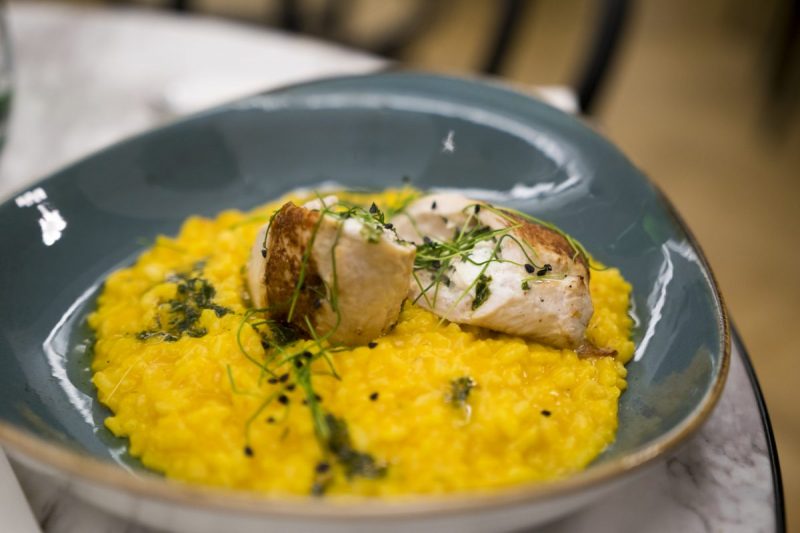 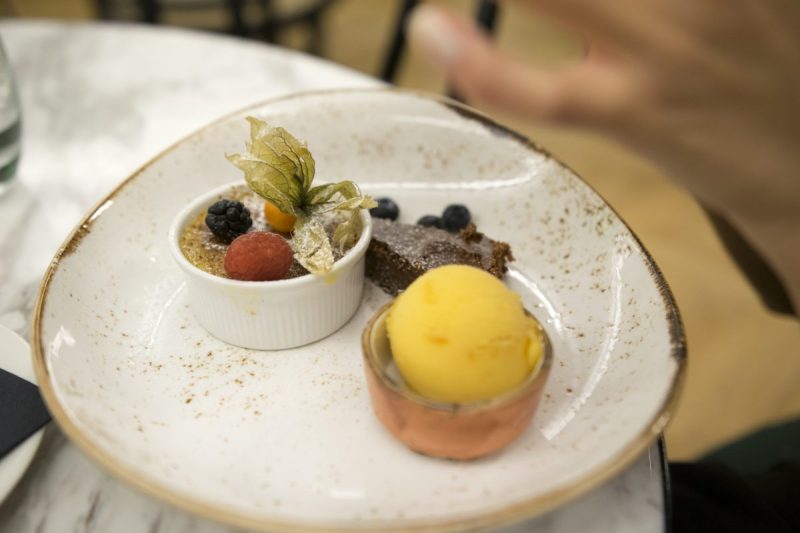 Dinner was great has it serves also typical Czech cuisine, but what really makes the difference at the hotel is the breakfast, probably one of the best I had so far in all the hotels. There was literally everything, every kind of milk and fresh juices organized in a super nice detox bar. Heaven for the healthies, more heaven for those who love suits and salty in the morning. 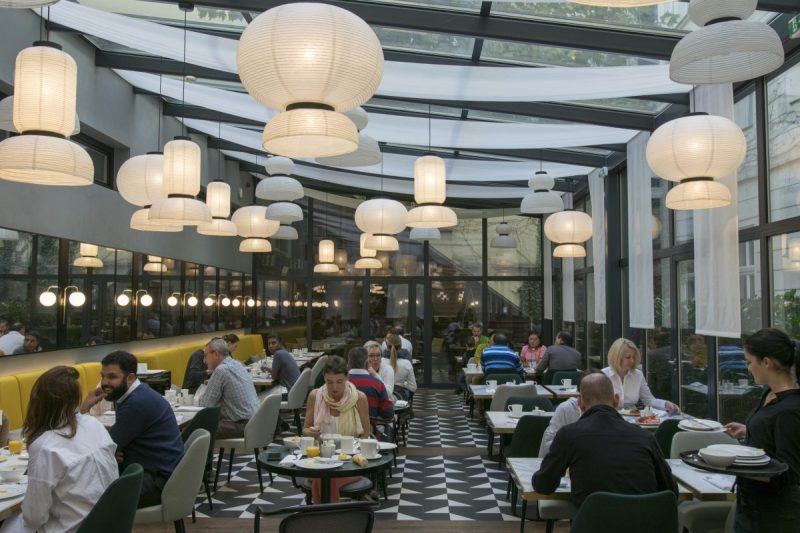 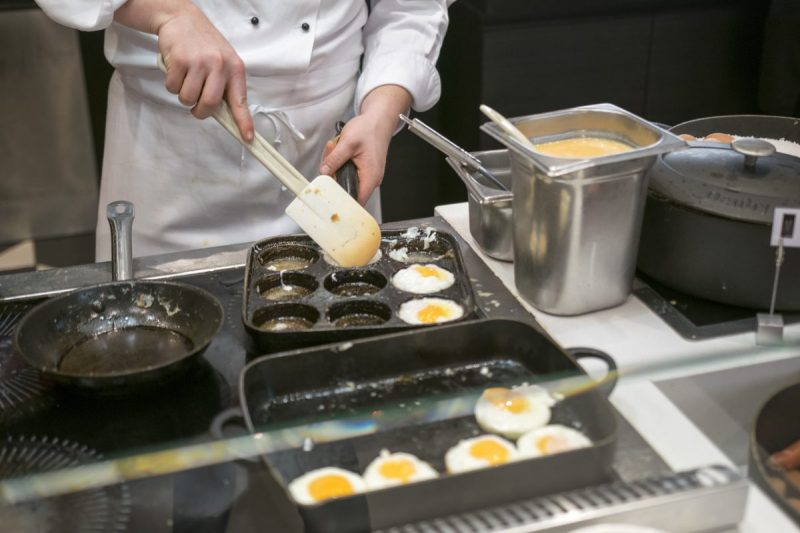 Location super central and with short walking distance to the heart of Prague, welcoming staff, always super nice with us and the charming hotel architecture made our stay in Prague really special and exclusive in the fabulous Prague!

If you are looking for more hotel ideas, you can check the article written by Travelling King on where to stay in Prague.

*Written by Noemi
** Sponsored stay in collaboration with MGallery