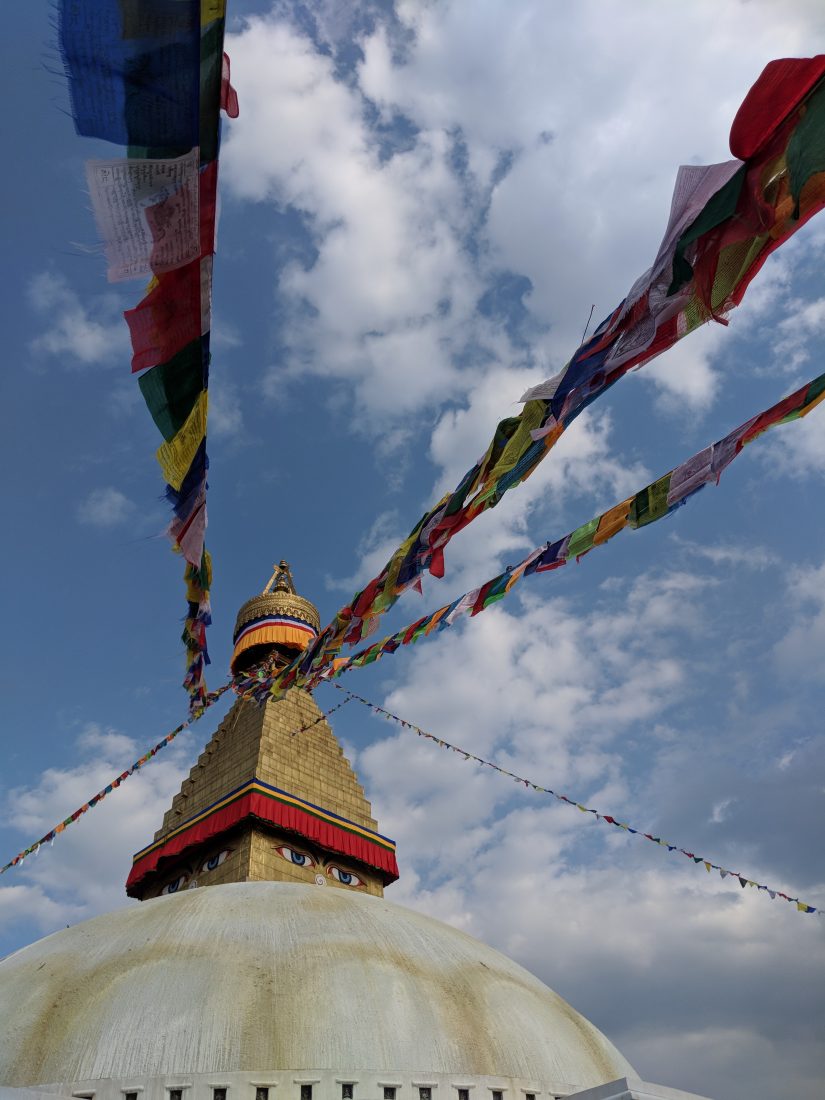 Many people don’t like Kathmandu but I really like enjoyed the sightseeing in Kathmandou. There are great places to visit in Kathmandu as well as the in nearby Kathmandu valley also called the Nepal valley.

Let’s start with the most popular sight in Kathmandu, the Boudhanath Stupa that was immortalized in the movie Little Buddha. The Boudhanath Stupa is the most religious Tibetan Buddhist site in Nepal and a UNESCO world heritage site. Beside the architecture of the stupa itself, it is also a fabulous place to observe buddhist culture. You will see monks and pilgrims walking clockwise around the stupa and ringing the prayers wheels. Around the stupa there are many shops selling Buddhist items such as Tibetan singing bowls for meditation. Definitely one of the best places to visit in Kathmandu.

Entry fee for foreigners : around 2,5 dollars.

A walk around the Boudhanath area will take you to many monasteries that you can visit if you want. The most famous one is Kopan monastery that you can visit and where you can take part in the morning meditation. The founder of this monastery inspired the movie Little Buddha.

Another famous sightseing in Kathmandu is the Swayambhunath Stupa aka monkey temple because of it’s many monkeys. The stupa is like the Boudhanath Stupa, a Buddhist pilgrimage site. It is situated on top of a hill and offers a great view over the city of Kathmandu.

Entry fee for foreigners : around 5 dollars.

One unique thing to see in Kathmandu is the Kumari, a young girl known as the living goddess. In Hindi and Buddhist tradition there is a tradition in worshipping young pre-pubescent girls who are supposed to be the divine manifestation of female energy. The cult in itself is a bit disturbing but also fascinating. You can see the Kumari between 9am and 11am at Kumari Hall. For more informations about the Kumari I suggest you to google as I said it is a really interesting cult but here is not the place to talk about it.

Kathmandu sightseeing definitely includes, old Kathmandu. It is difficult to miss if you walk around. It’s most famous sight is Durban Square that was much damaged by the 2005’s earthquake. But there is much more to see in the old town. Don’t miss the many small temples, markets, workshops, and bazaars! 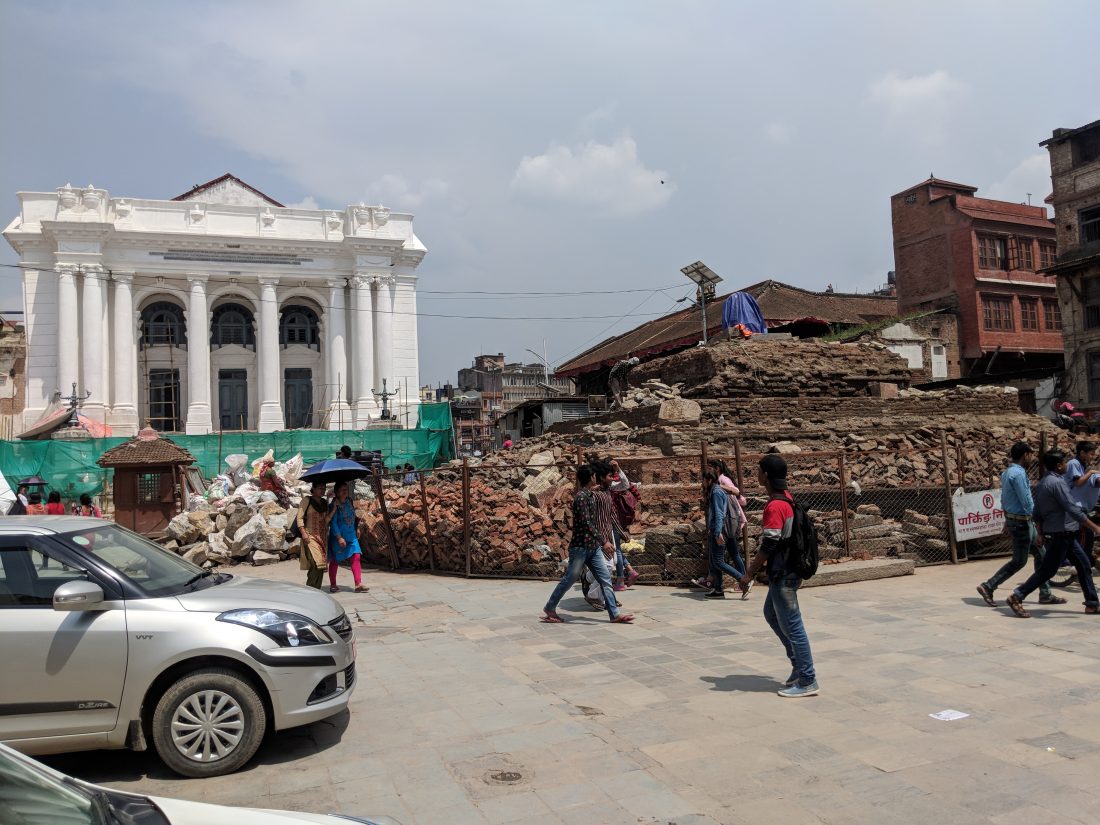 The Pashupatinath temple is the most famous and sacred temple in Nepal. It is also a UNESCO world heritage site. As a non hindu you cannot enter every part of the temple but you can see the cremations processions that take place on the Bagmati River. Unlike in other culture it is not weird not go see a cremation of an unknown person in Hindu religion as they have other conception of life and death. See it as a cultural immersion. But be respectful to the families, be silent and don’t take any pictures.

If you want to witness Aarti aka the ceremony that offers light to deities, it happens at 5pm. It is a famous Kathmandu sightseeing event.

Entry fee for foreigners : around 10 dollars.

Bakhtapur used to be the capital of Nepal in the 15th Century and despite the earth quake that demolished a lot in the city there is still a lot to see. There are many temples and great architecture to see in Bhaktapur but also observing the locals is quite interesting as they live much more tradionally than in Kathmandu. You can see them working on handicrafts for example. Which make Bakhtapur the perfect destination to shop authentic souvenirs like pottery, puppets, masks and other cultural handicrafts.

A lot of people like to stay in Bakthapur for a night because of it’s vibe that is so different than Kathmandu. Also there is much less pollution as cars are not allowed in the center. If you don’t have much time to you can to the ancient city go for a day trip as it is only 12 kilometers away from Kathmandu.

Entry fee for foreigners : around 15 dollars. 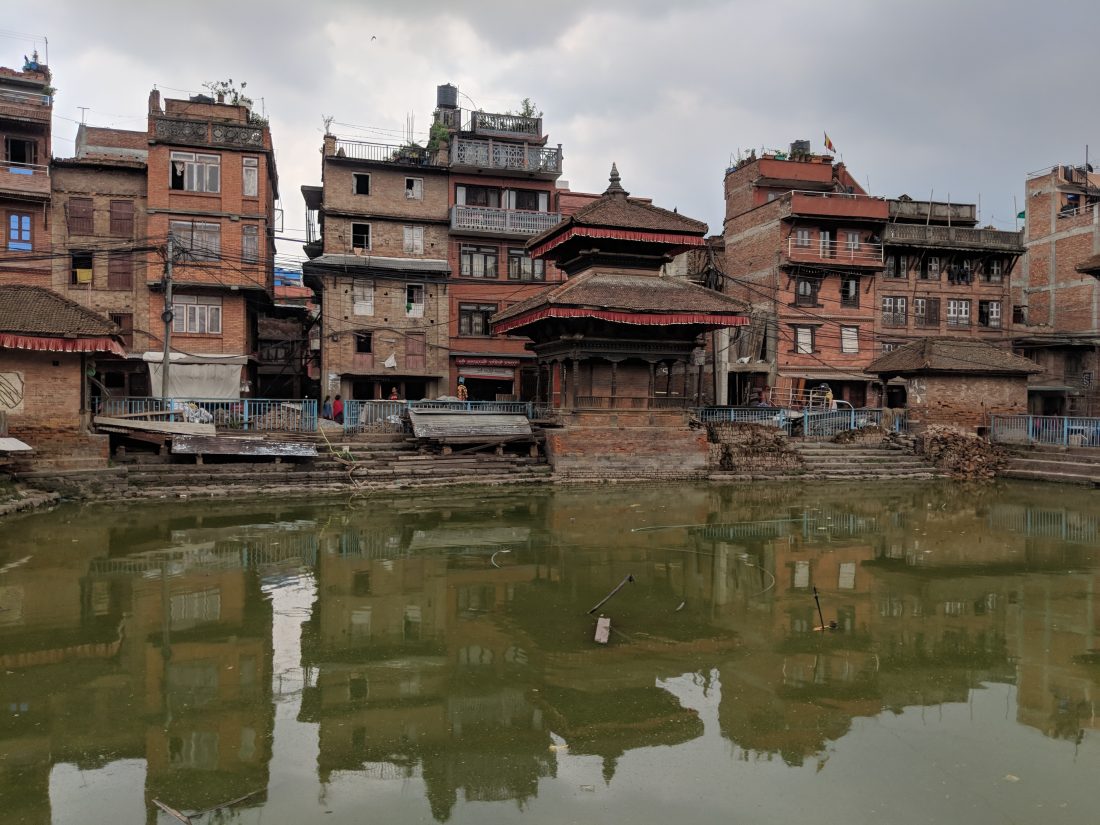 Patan like Bhaktapur is an ancient city in the Kathamdu valley. Again here there are many temples to see. You can have a look at the Durban Square, the Patam museum and then stroll around the cute little streets. You can visit Patan in 1 or 2 hours.

Entry fee for foreigners : around 10 dollars. 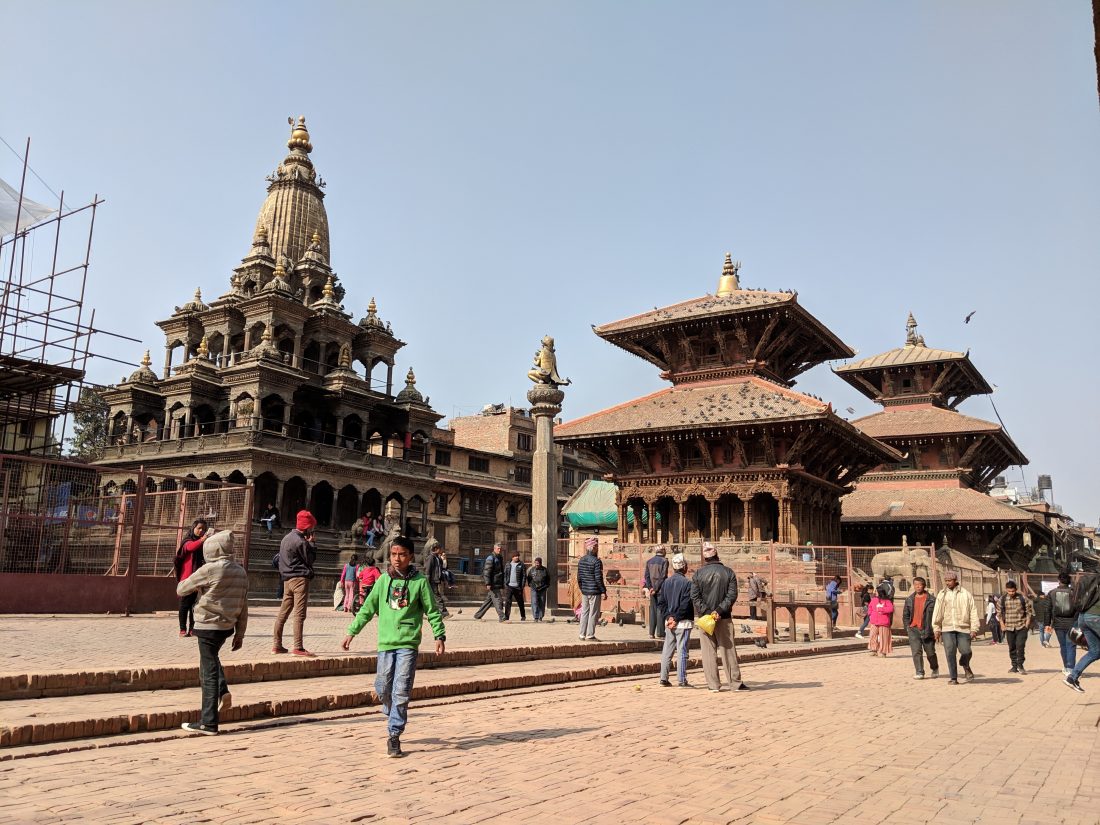 Did I miss any places to visit in Kathmandu? If so let me your Kathmandu sightseeing highlights in the comments!

For more about Nepal, don’t miss my post about my short trek in the Annapurna!