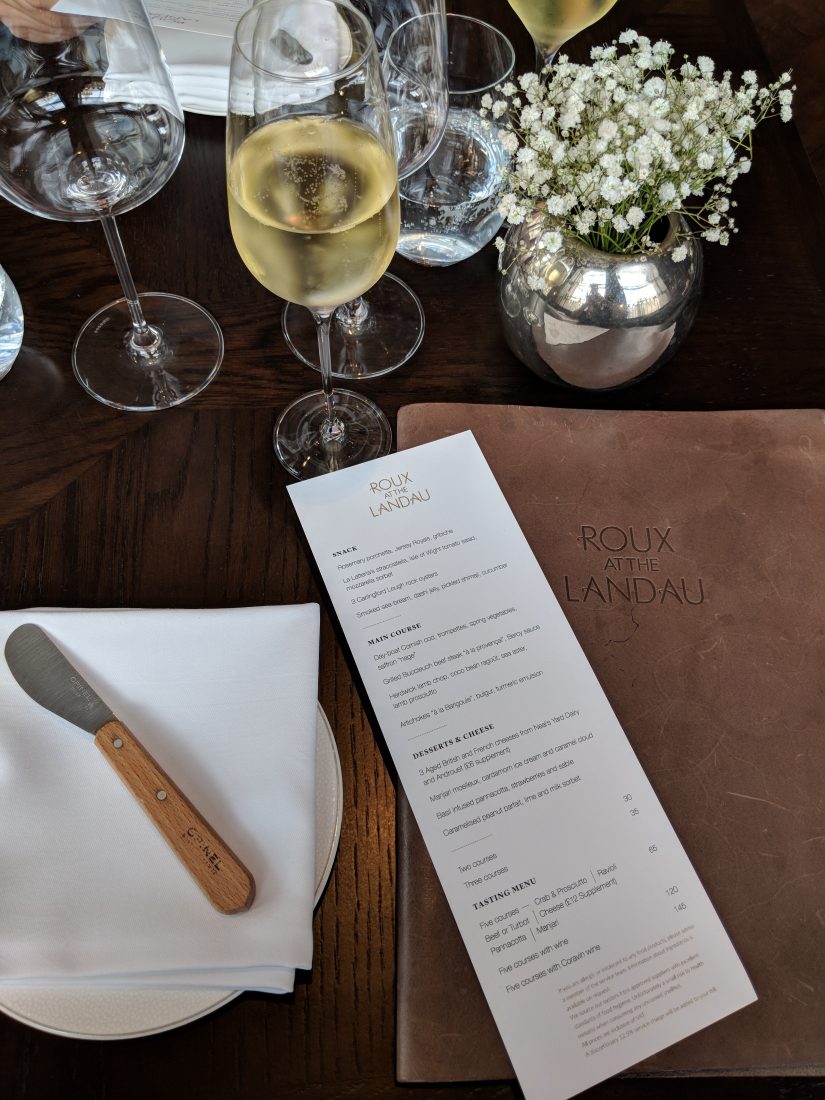 Lunch at Roux at Landau

While in London I continued my little tour of the most luxurious hotel in London. After my afternoon tea at Ting at the Shangri la, I went for lunch at Roux at Landau, one of the restaurant of the 5 stars hotel Langham.

Roux at Landau is the result of a partnership between Michel Roux Jr, a two star michelin chef and his son Albert. Together they keep honoring their family empire with this iconic restaurant at the Langham. Indeed, the Roux family is well know in the UK as they have several french inspired restaurants.

The Menu as the Landau is inspired by European cuisine and french cuisine in particular. With the reopening, the focus is made on the provenance of the ingredients.

We choose to take à la carte and accompanied our food with an English sparkling wine.

As starters I had “La Latteria’s stracciatella, Isle of Wight tomato salad, mozzarella sorbet“, a mix of a mozzarella salad and ice cream. So surprising and delicious and my friend had “Rosemary porchetta, jersey royals and gribiche sauce“.

As main, I took the “Herdwick lamb chop, coco bean ragoût, sea aster, lamb prosciutto“. so delicious. The lamb with beans remembered me of something my grand mother used to cook, in a most sophisticated version. My friend had the “Day-boat Cornish cod, trompettes, spring vegetables, saffron “nage”“. She said it was delicious as well.

Even though we were already quite full as the portion are not small at all, we went for dessert : “Basil infused panna cotta, strawberries and sable” and a coffee that came with beautiful designed chocolates. 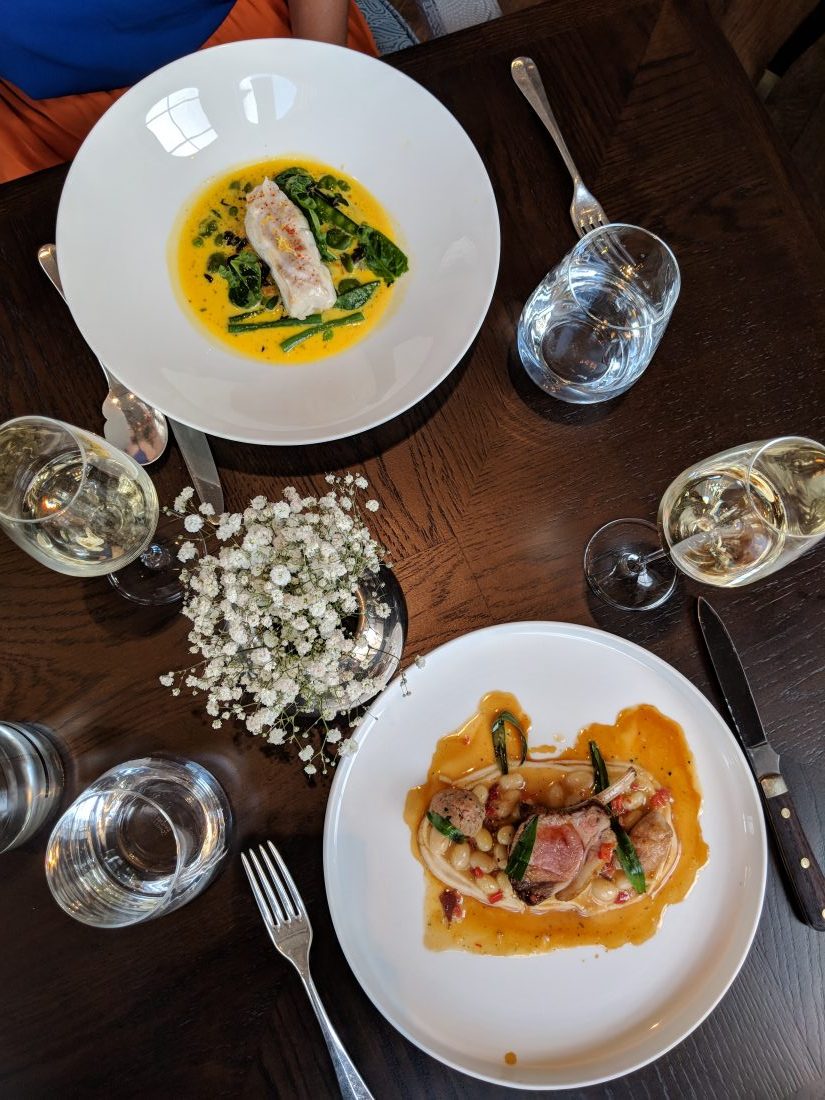 Roux at Landau, one of the most beautiful design restaurant in London

For the reopening, the restaurant was redesigned by David Collins studio, a London based architecture office. The Roux at Landau is a mix of classics and modern with the brass chandelier and paintings on the wall but the pink and blue design chairs. Very Instagrammable and definitely one of the most beautiful restaurant in London.