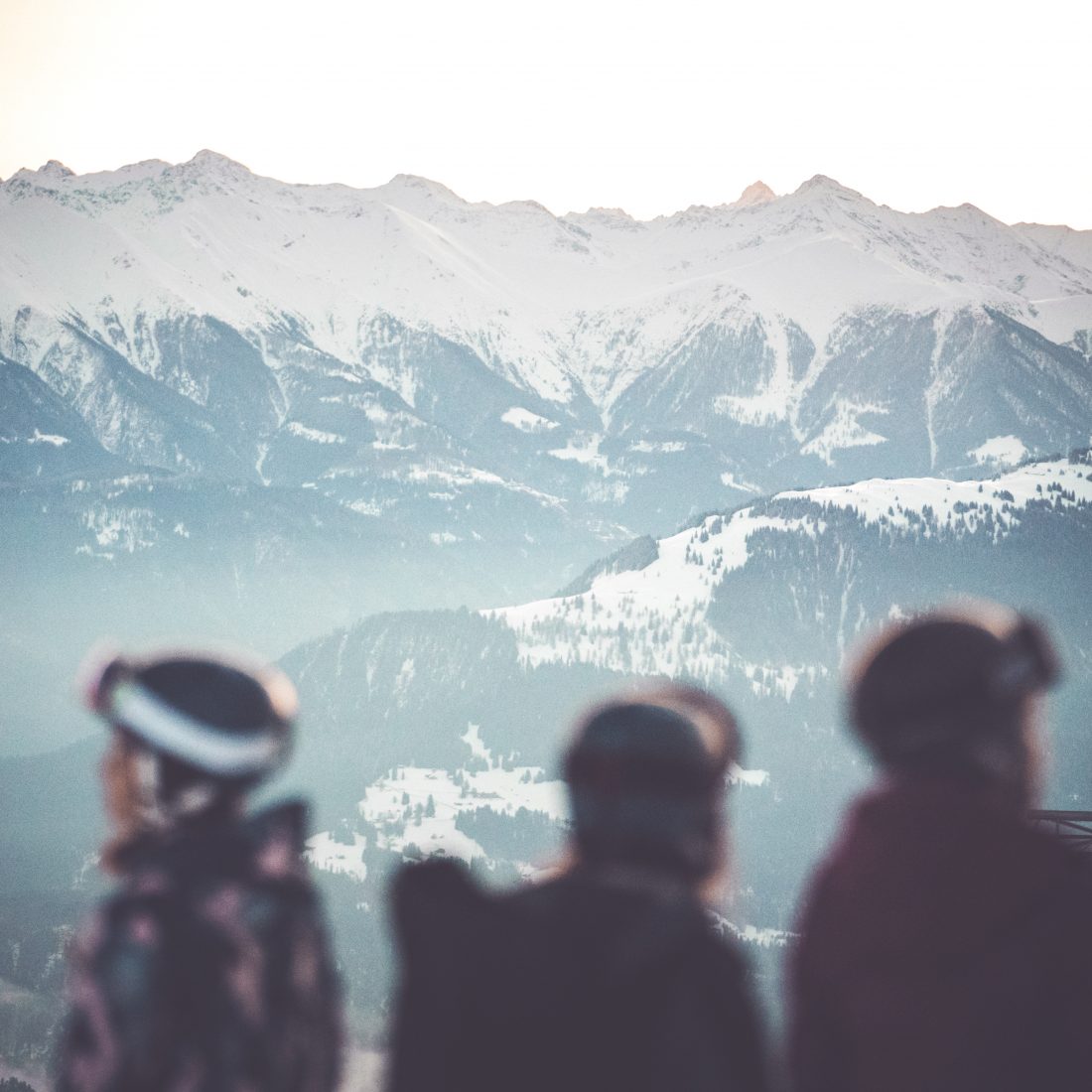 What you find in the coolest cities in this world, you will also find at the LAAX ski resort at 1000m altitude and even higher on the mountain summit. 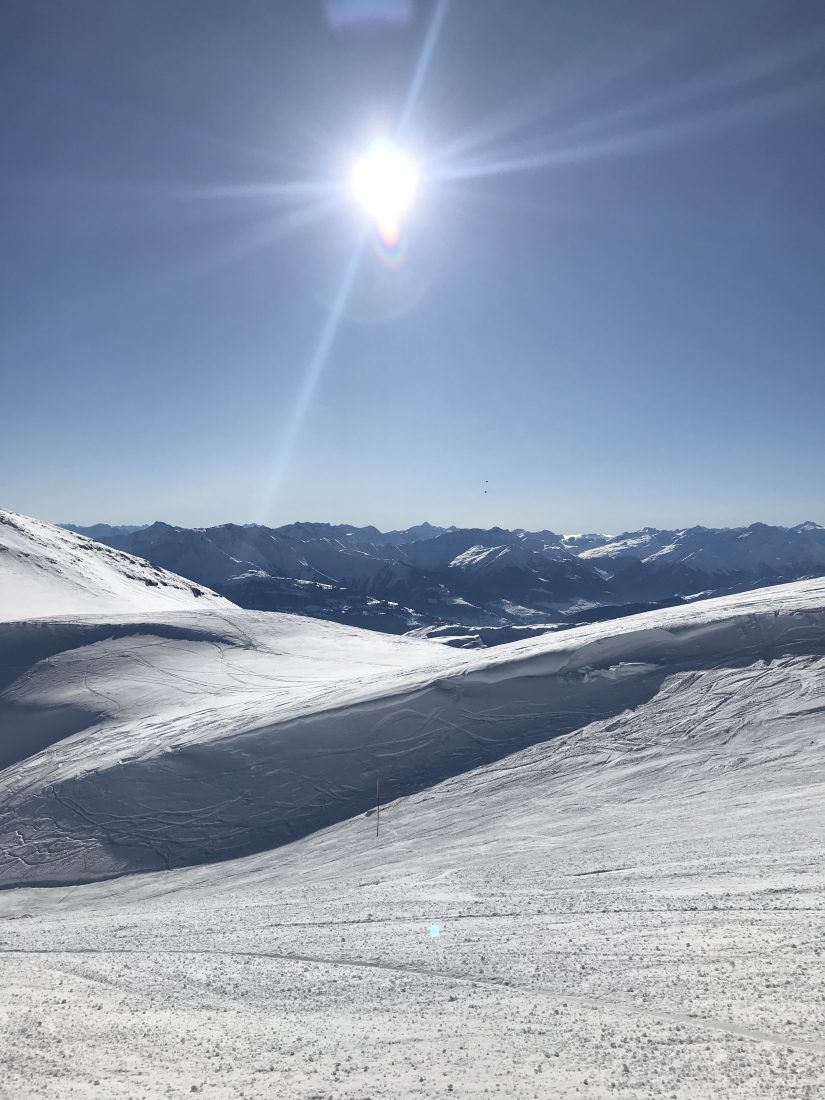 The more I travel and the more aware I become of climate change and how important it is to take care of the environment. I often think : “This place is wonderful, but why don’t people take care of it”. This sadly happens very often. The reason is people are not well educated on ecology. It is not something we learn at school. Or at least not by the time I was at school. I can read the newspaper and try to be ecologic, but it often does not feel enough. I now awaits from my country, or to the countries I visit that they also take some ecologic measures to protect our world. This is something the LAAX ski resort managed to do very well. Indeed, they took measures with the goal to become the world’s first sufficient alpine resort. Some of the measurement taken are :

– installing recycling points on both the mountain and in the valley,

– constructing zero-energy buildings with a positive annual energy footprint This allows drivers of snow groomers and those responsible for technical snow production to work with optimal efficiency.

– and many more measure that you can find here if you want to know more about it. 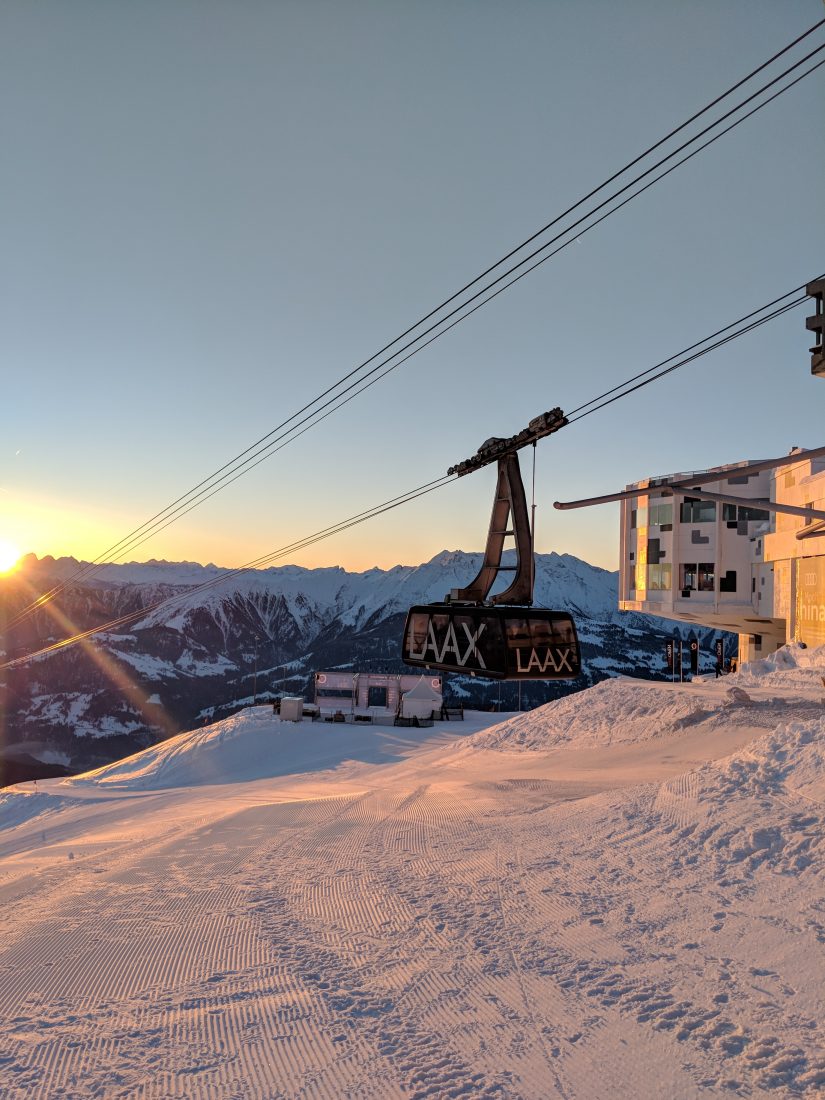 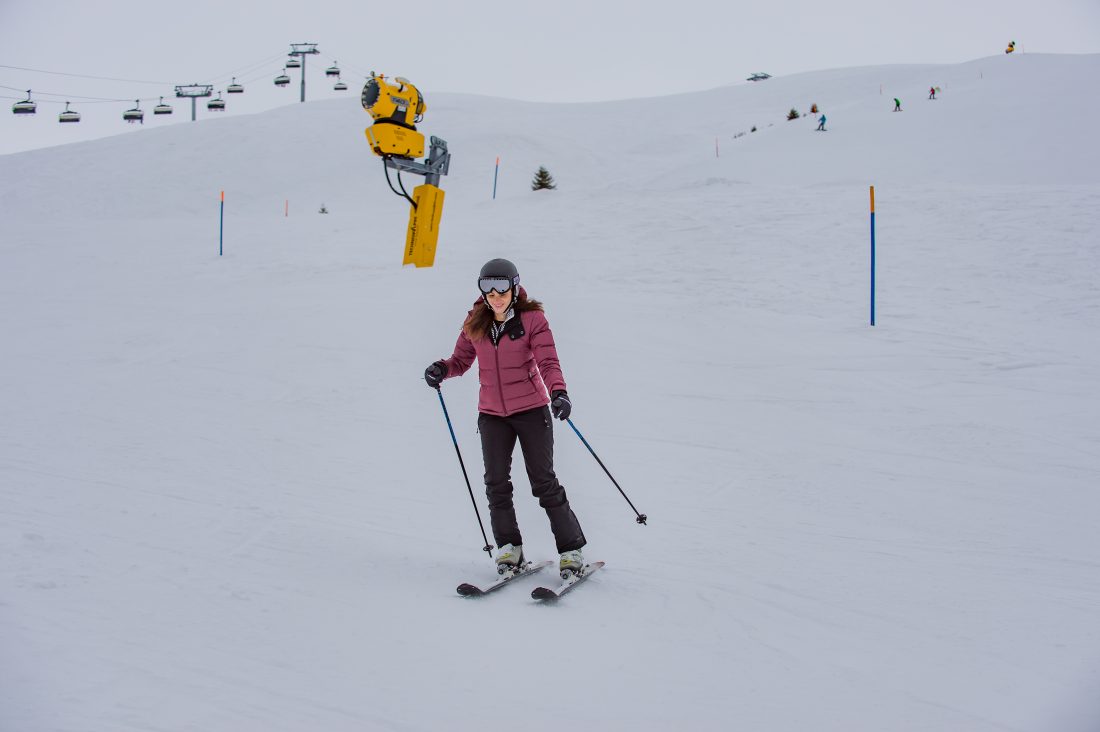 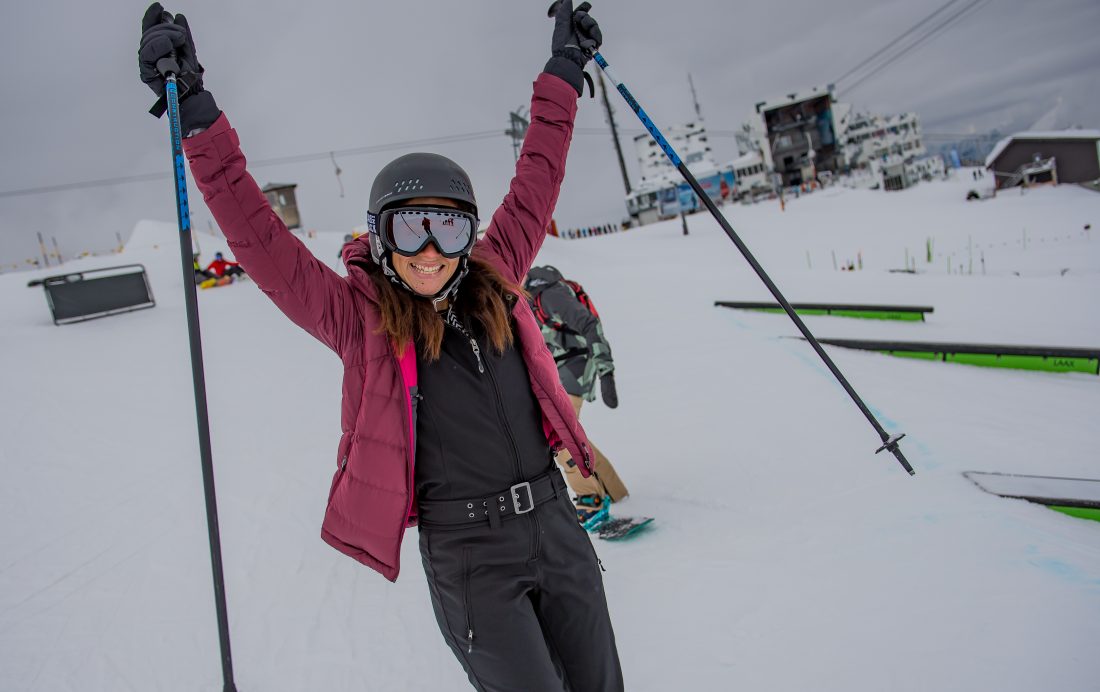 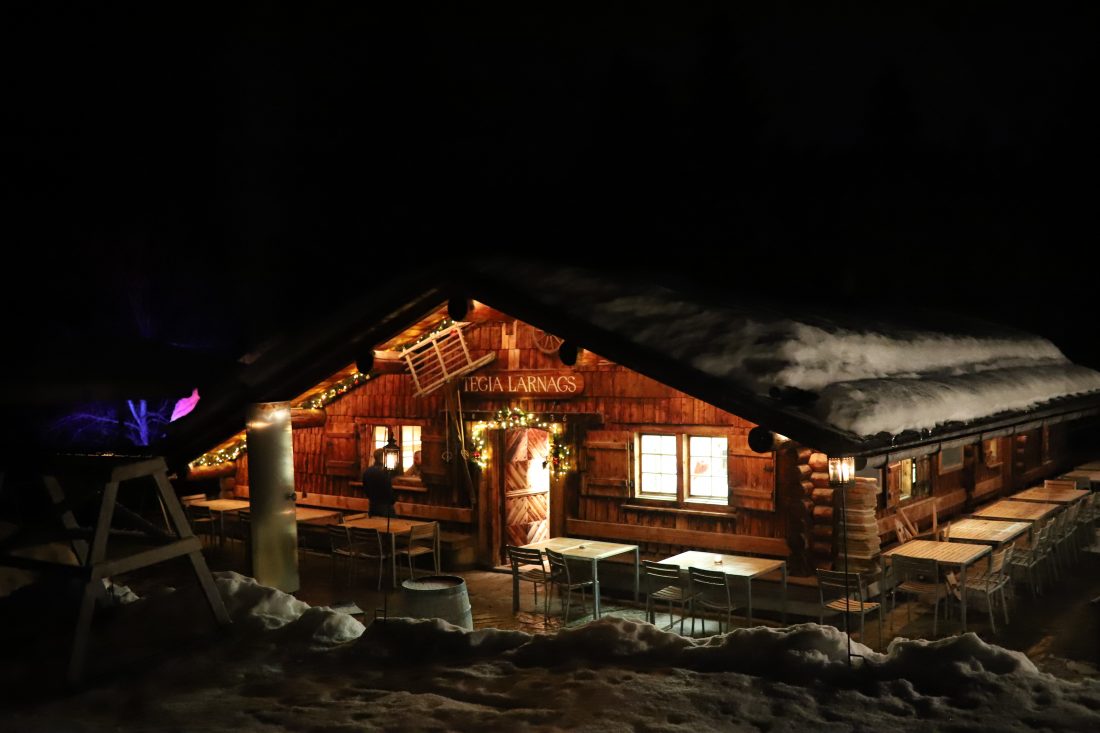 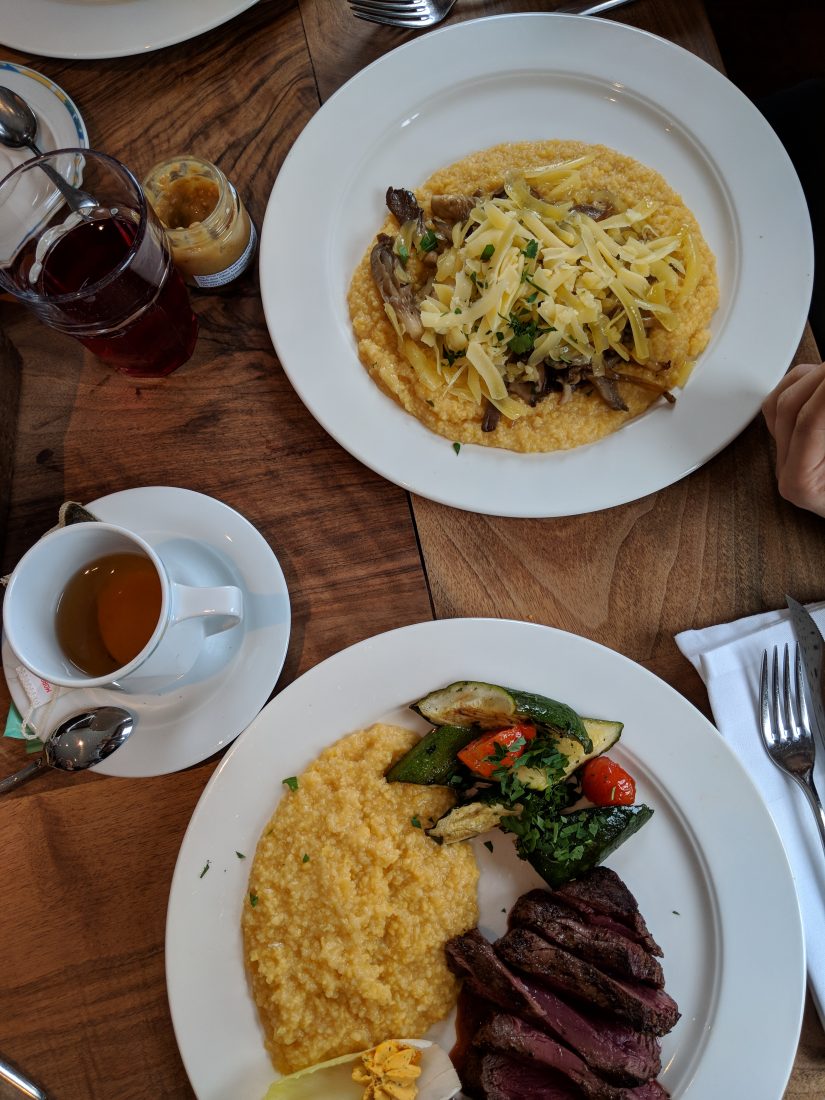 Talking about food, Laax is offering a great gourmet experience. Not only LAAX is promoting regional products in it’s restaurant, it also has a nice restaurant offer. Classic cheese fondue at Tegia Larnags, the best meat at Grandis Ustria Startgels, Asian food at Nooba and many other options also on the slopes with a very cool fries bar in the newly open Galaaxy and vegetarian options at Café No name, the place to be for all cool people in LAAX.

And because there is no time to waste while on the slopes, you can order your food via the Inside LAAX App and take it away or eat it in restaurants after you went down the slopes. How cool?! The Inside LAAX app is also cool to track down all you did during the day, track your friends performance and even meet other cool people.

Because, indeed LAAX attract a LOT of really cool people. Reason is, FREESTYLE!

With it’s 224km of slopes, there is a lot of things to do in LAAX : snow wandering, cross-country skiing, alpine ski, etc but LAAX is especially famous for it’s freestyle option.

“LAAX is the leading freestyle resort in the Alps. It has the longest continuous halfpipe in the world, an Olympic-size kicker pro-line and a total of over 90 obstacles, all spread across four snow parks.”

Freestyle in LAAX is for everyone though, from beginners like the people in our group to top riders. Actually every year, the LAAX Open is held bringing the best freestyler in the world to the swiss mountains. Also, LAAX is home of the Freestyle Academy, the first freestyle indoor base in Europe. We spent a few hours there and it was really fun to get the feeling of what freestyle actually is. 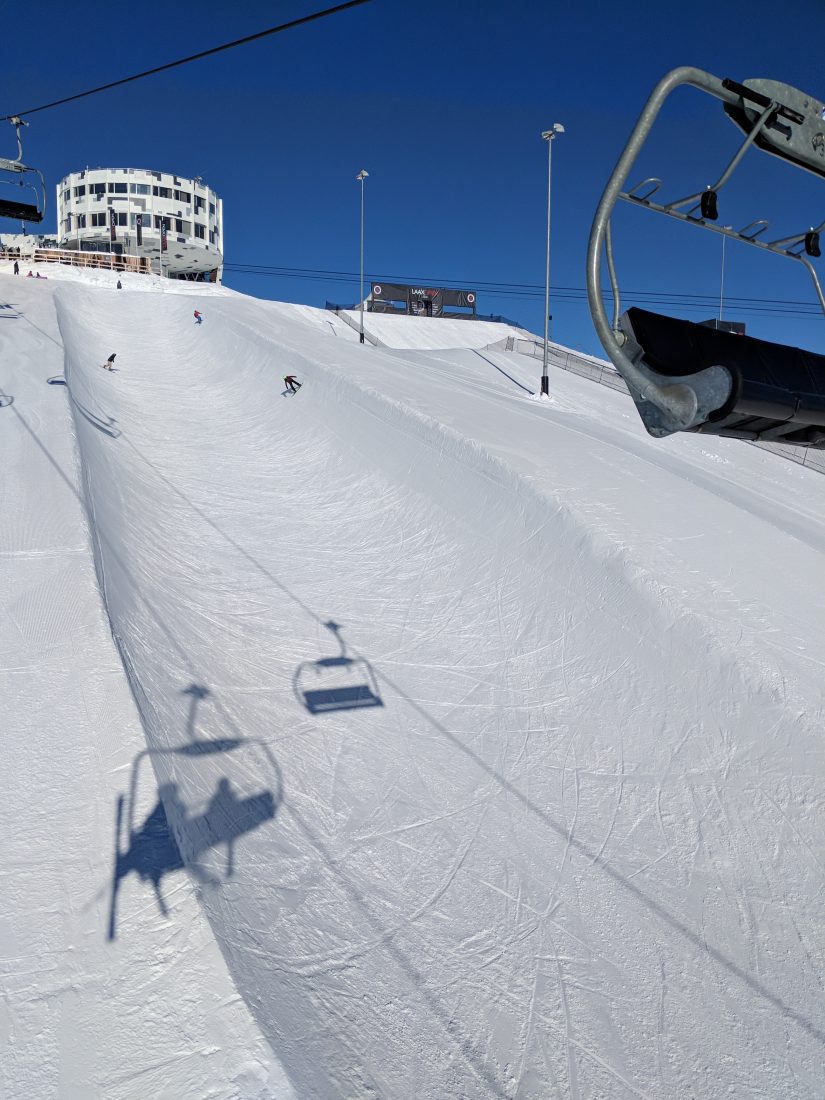 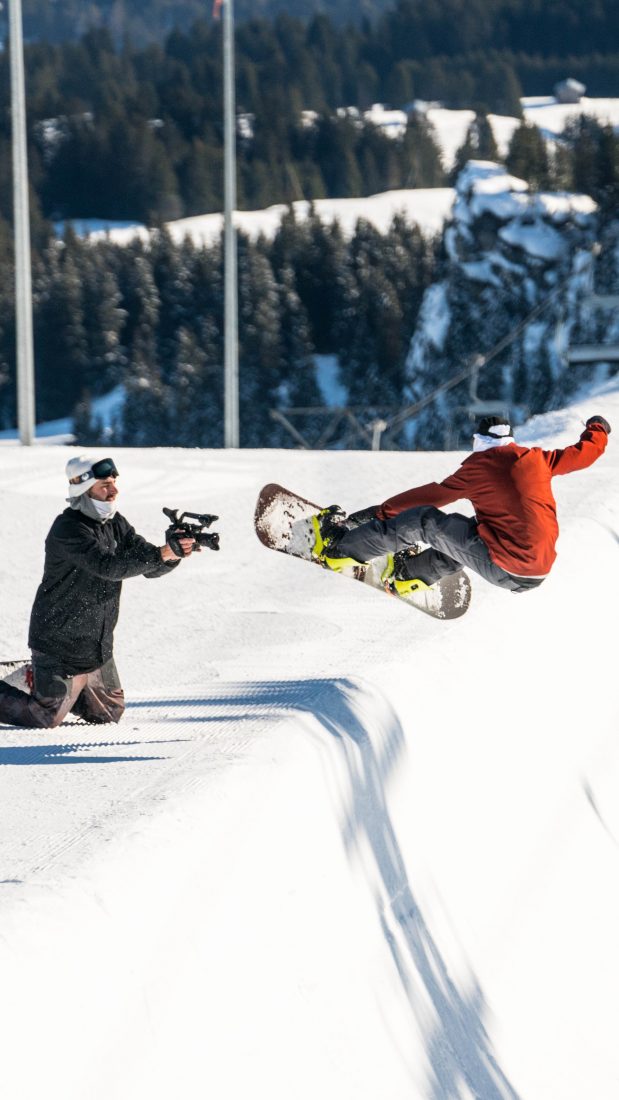 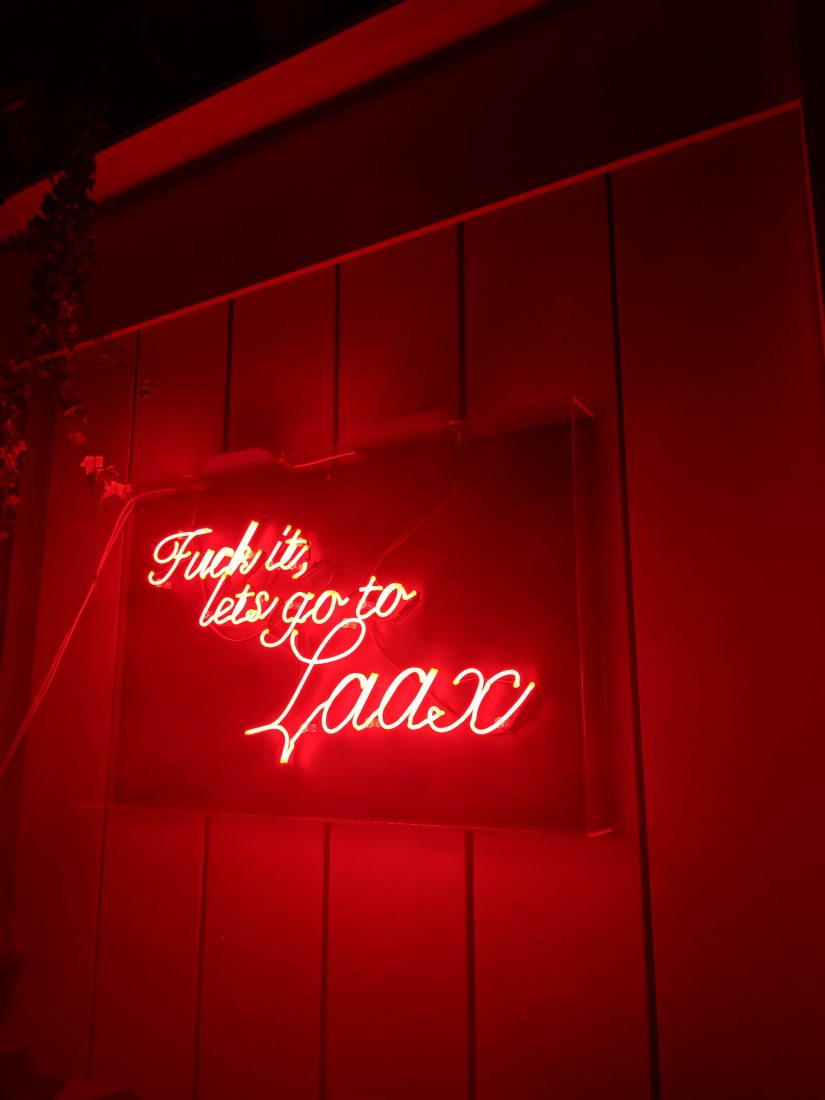 In the summer, LAAX ski resort transforms itself into an adventure summer destination in Switzerland, and who comes in the region can enjoy  hiking, via ferrata and turquoise lakes!

For more about Switzerland, you can also read my Lausanne Guide.

PICTURES : Me and Florian Johaenntgen