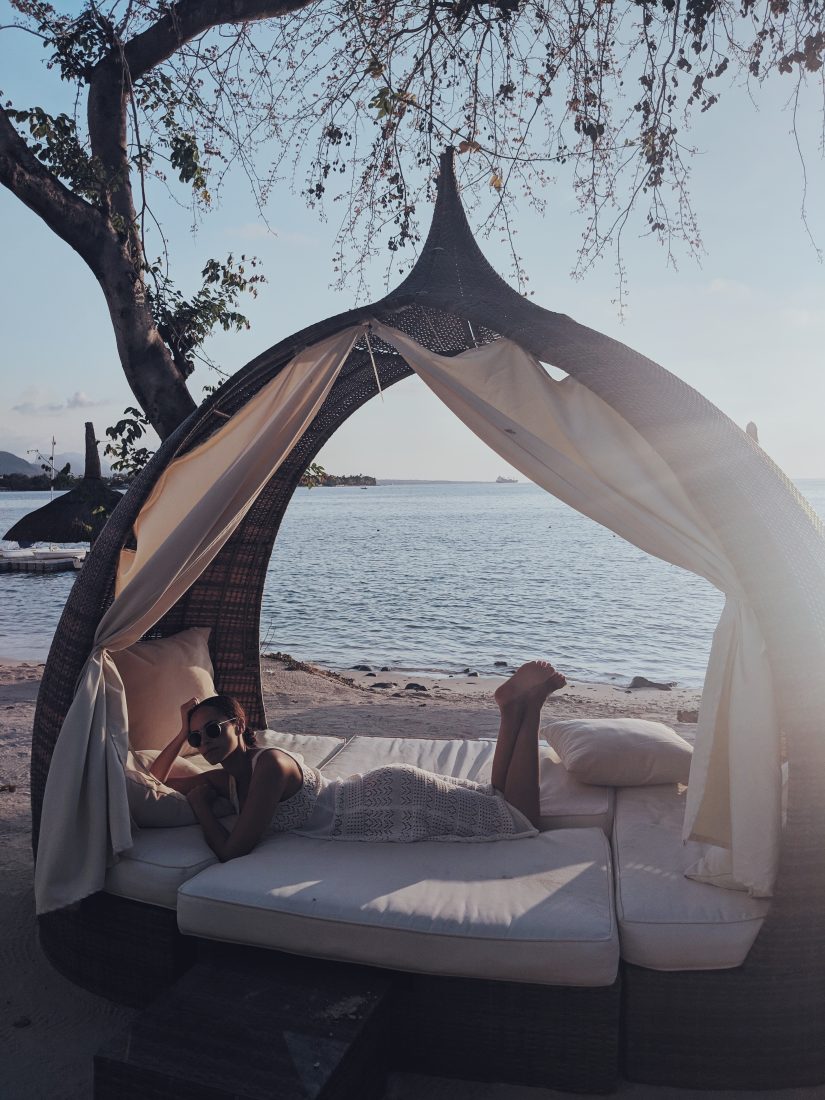 When you plan your trip to Mauritius, you will wonder where to stay in Mauritius. The island is quite big so which one are the best areas? And what kind of accommodation are you looking for?

Where to stay in Mauritius?

From both hotels we took often the car toward South to visit the island as most activities in Mauritius are situated in the South. Therefore I would rather recommend to choose and hotel in the South / South East / South West if you want to see the island. If you don’t really care about seeing the island then you can stay every where as there are beautiful beaches absolutely everywhere.

Another option is to stay in Chamarel in an eco lodge. Chamarel is close to the beach if you have a car and you will be in the wilderness. Also a nice experience.

Type of accommodation in Mauritius

Shangri-La is one of the most beautiful hotels in Mauritius. It is situated at Trou d’eau douce, on the east side of the island. The hotel has restaurants and 2 bars so you never be of choices. But what makes the Shangri La special is that next to it’s own beach in front of the hotel, it also has access to two islands :  “Ilot Mangénie, which is open to Shangri-La’s guests and features a trendy beach club and on-island butlers, and Ile aux Cerfs, which holds a spectacular 18-hole championship golf course that was designed by the famous pro-golfer Bernhard Langer.” Definitely one of the to do activities in Mauritius. 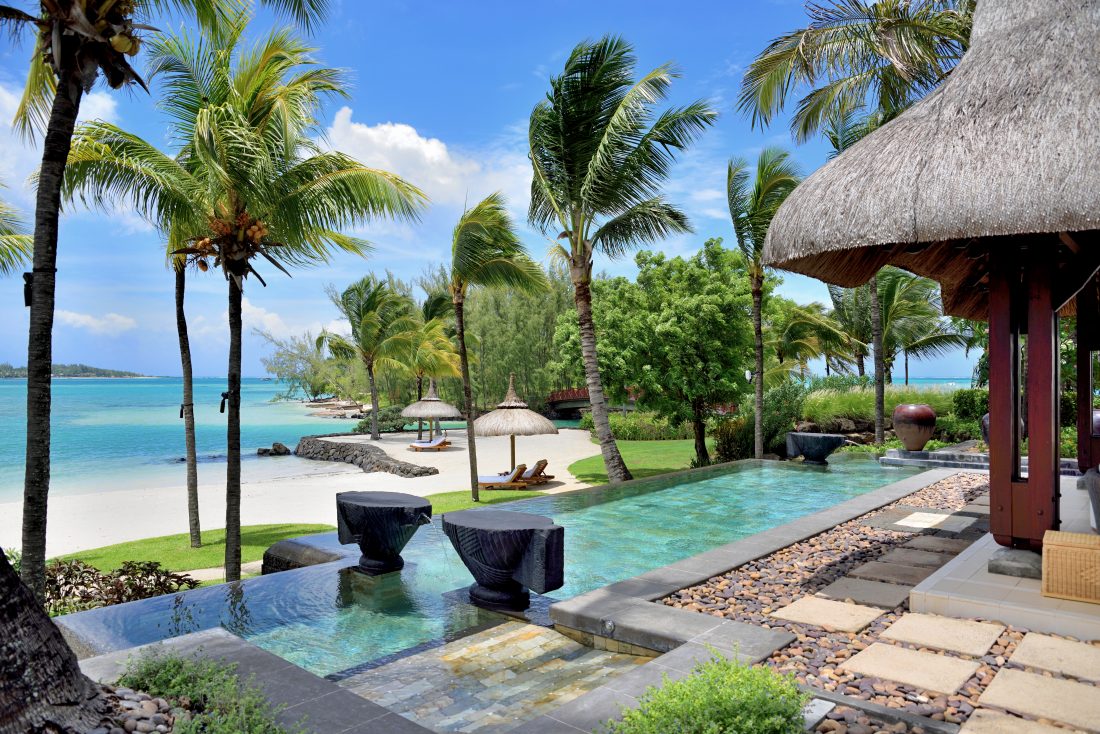 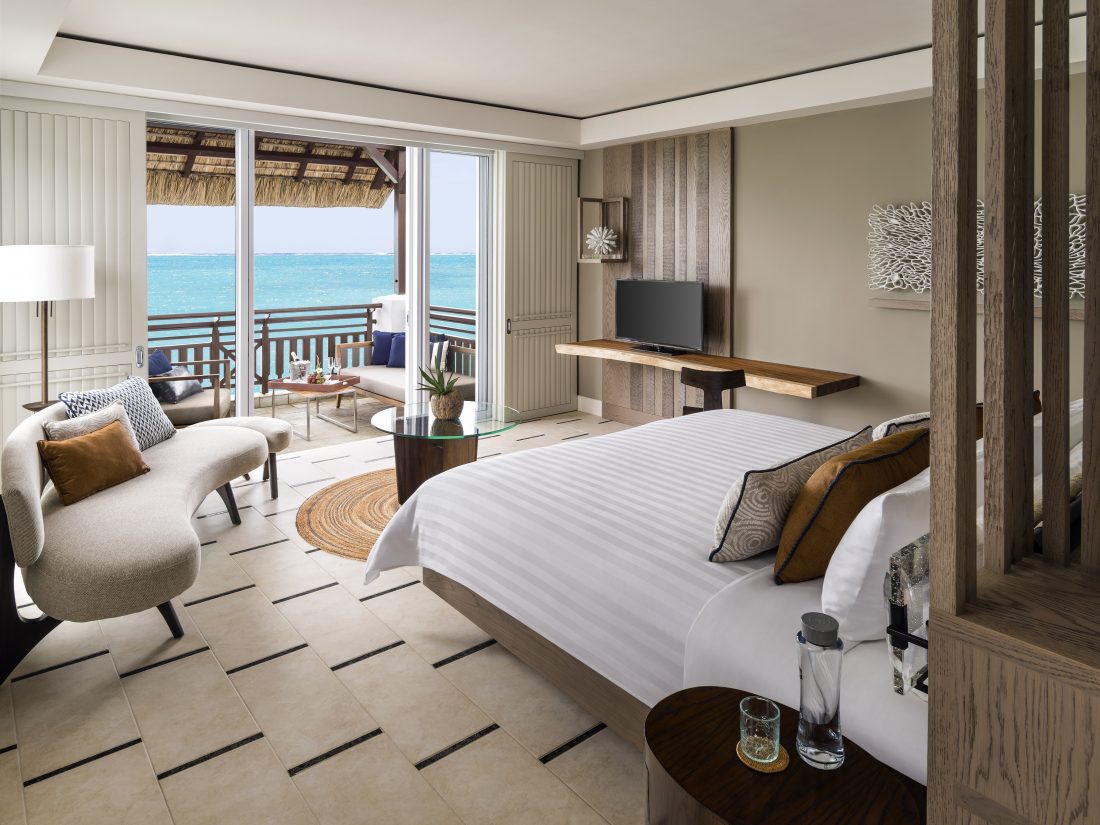 I stayed at the Angsana Baclava hotel for 3 nights. It is situated in the North West side of the island. The hotel is small and cozy. It has a small beach but this is fine since the hotel does not have many guest. It has one restaurant with an à la carte dinner menu and a pool restaurant that serves lunch. There are any activities available from watersports to snorkeling excursions. All included in your hotel room price. They also have an award winning spa with therapist specialized in Ayurveda. 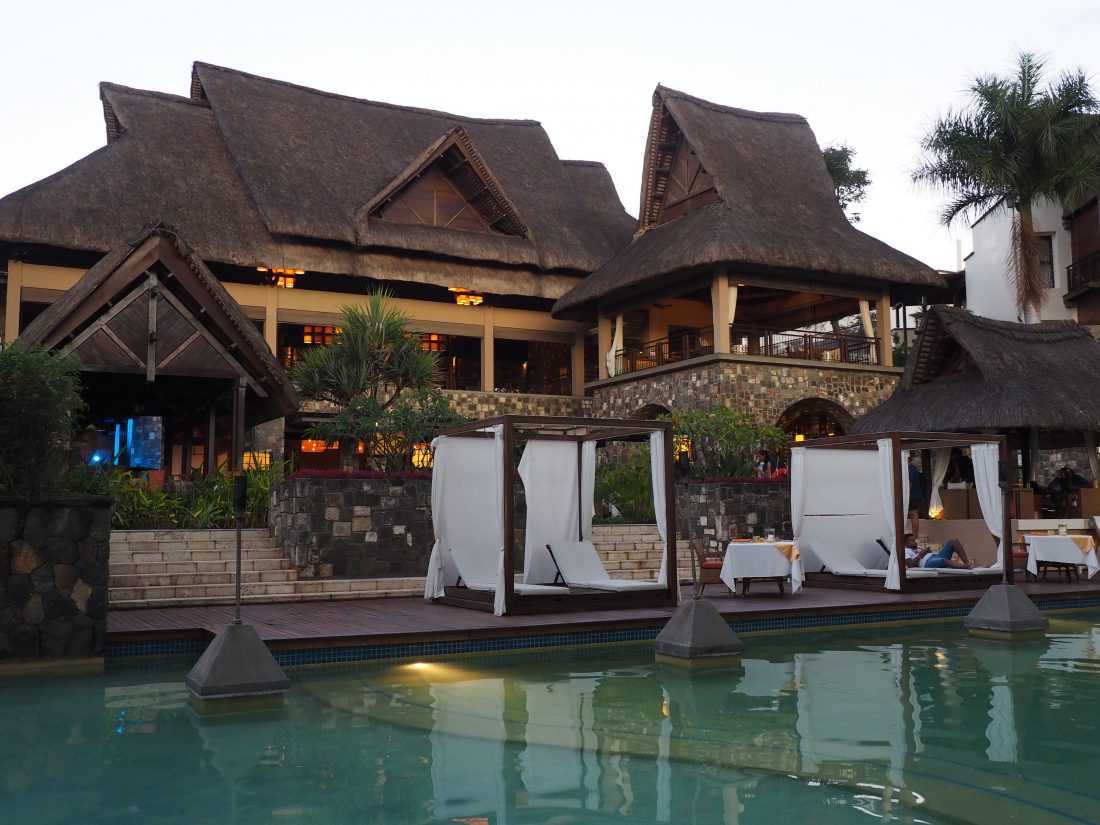 The St. Régis is one of the most beautiful hotel on Mauritius. It is situated in the South of the island close to all tourist attractions and the most beautiful beaches are and with views on Le Morne mountain. The hotel has 6 restaurants and many facilities and activities available on site. 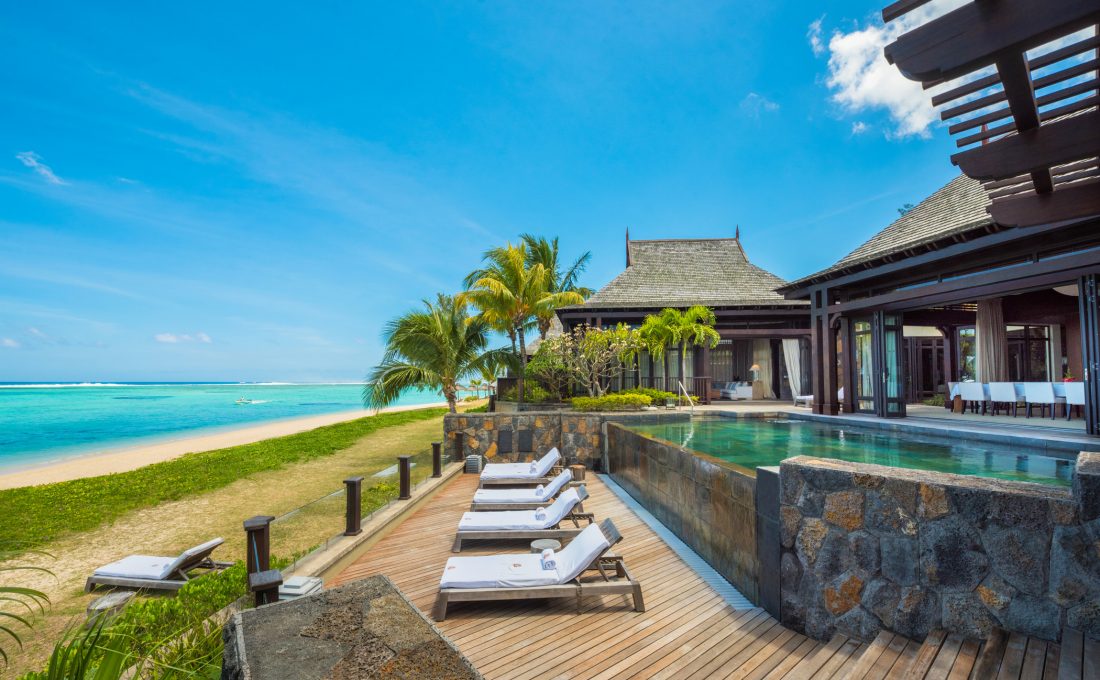 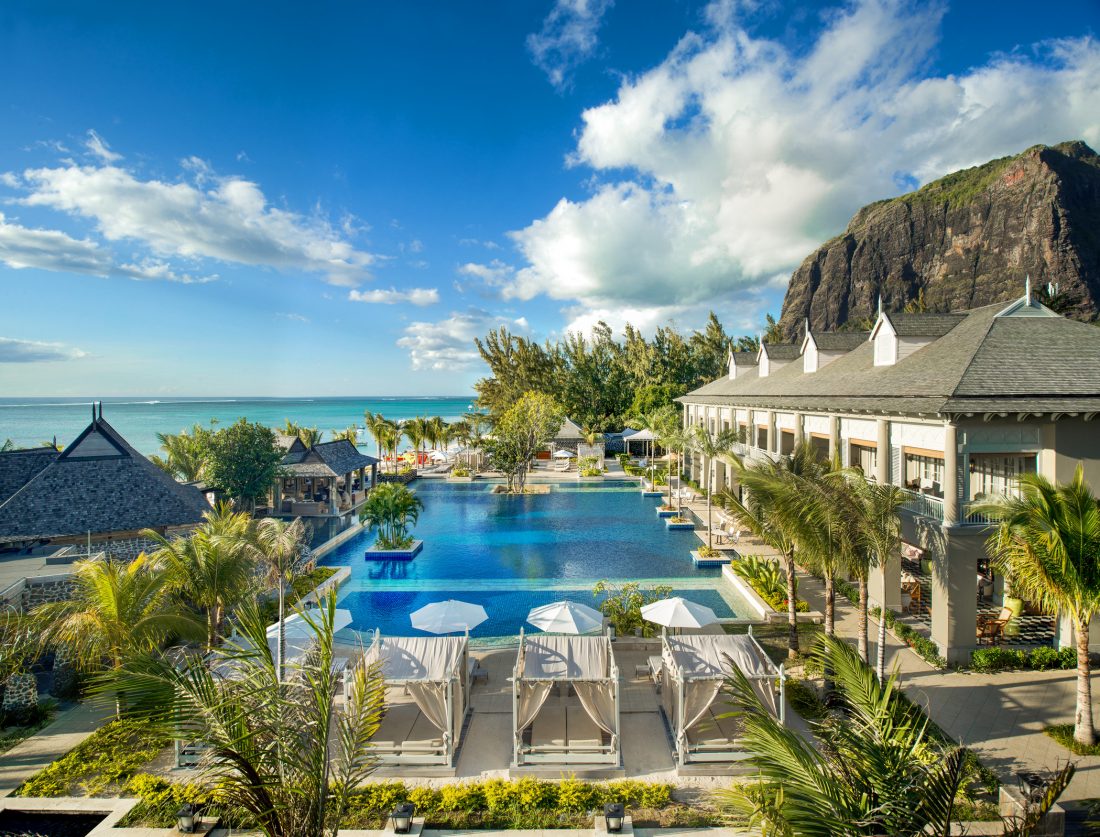 I stayed at the Radisson Bu Azuri situated on the North East part of the island for 3 nights. When I first arrived at the resort, I got a bit scared as I saw there were many children. I traveled as a couple so even though I don’t have anything against children I don’t want them around me all day. Very soon I realized that the hotel was quite big and with many facilities. Therefore you don’t really see the kids around as they would dispatch. Some would be at the kids club, some at the pool, etc…

I really enjoyed my stay at the Radisson Blu? The food especially was very good. It was a buffet of great qualities with Mauritian dishes to try every day. The beach was large and clean. And many activities were available. There is even a platform in the middle of the sea where you can go for picnic or snorkeling. A good price/quality hotel! 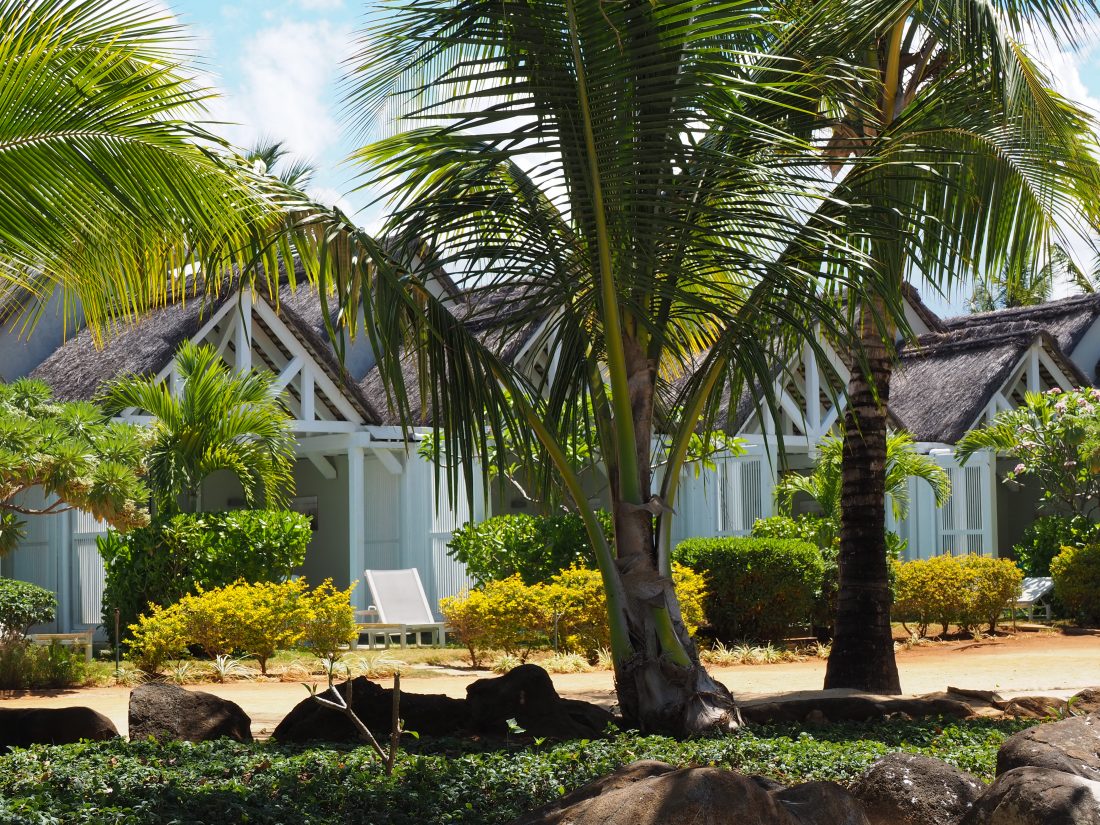 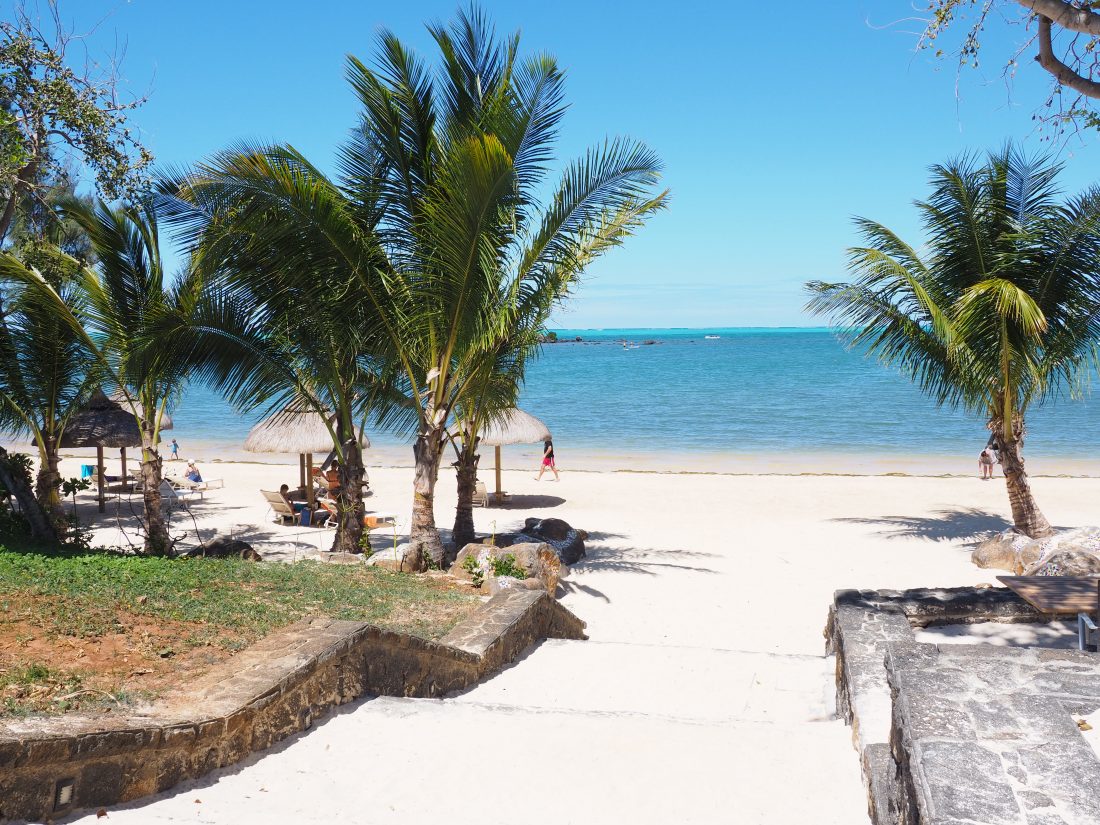 While looking for accommodation in Mauritius I found the bubble lodges. It exists two times in Mauritius. On Ile aux Cerfs directly by the beach or at Bois Chéri in the tropical nature. The concept is to sleep under the stars in a transparent tent that looks like a bubble! 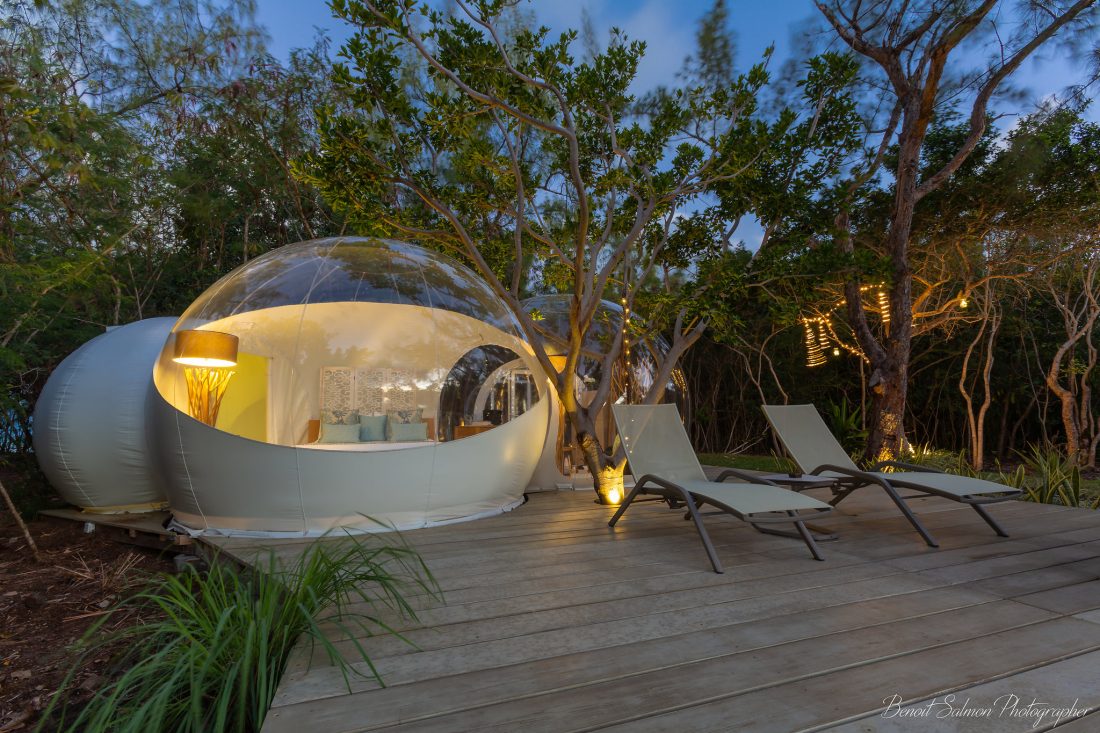 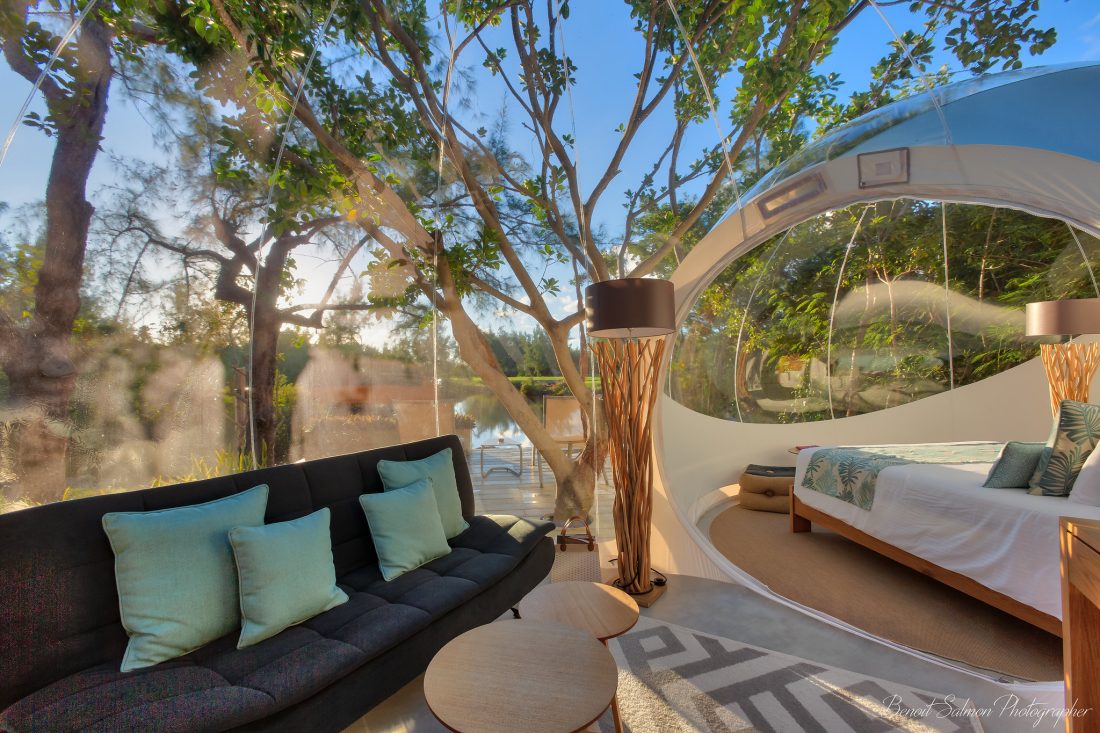 At Otentic Mountain you will experience glamping and sleep in a tent on a tree. A true nature experience. 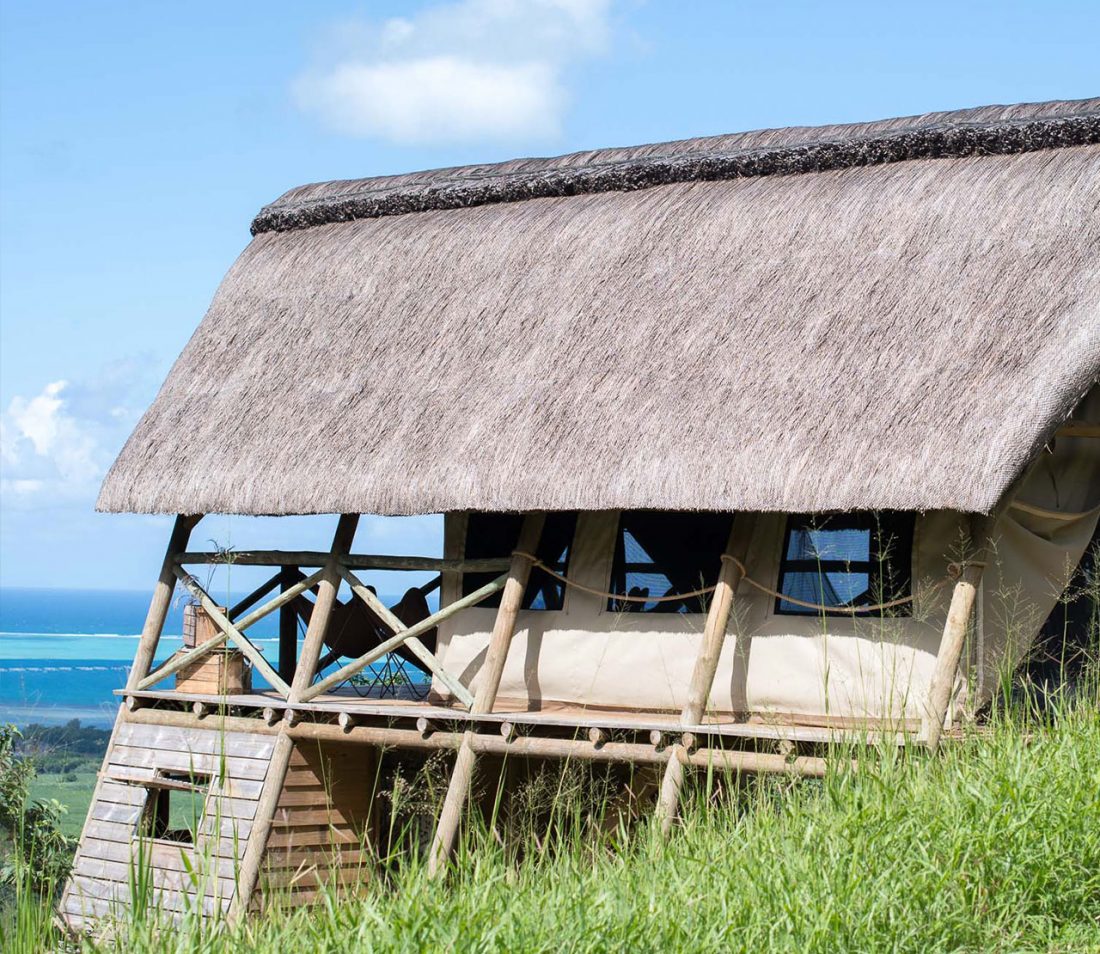 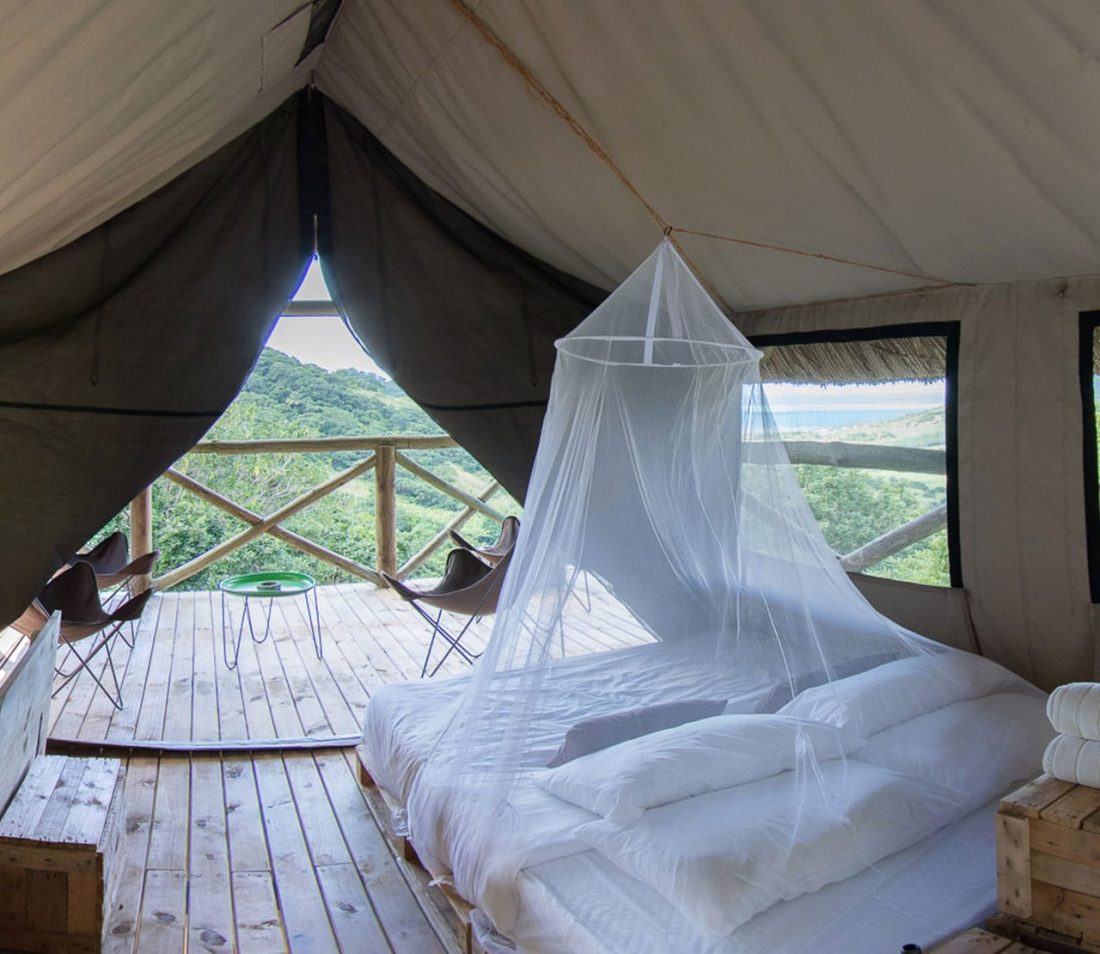 Mauritius used to be a honeymoon destination but it totally changed over the past years with the tourism industry targeting more families. Therefore, there are many children in Mauritius. If you want to stay in an adult only resort there are few options but here are some :

Lakaz Chamarel are eco lodges nestled in a amazing tropical garden. Some of the with private pool and splendid views over the Indian Ocean.

La vieille cheminée is an eco farm lodge in Chamarel. It is situated around 15 minutes away from the beach. As a farm, la vieille cheminée produces it’s own vegetables and offers horse riding in the estate. You can rent one of the 6 self-catered lodge. 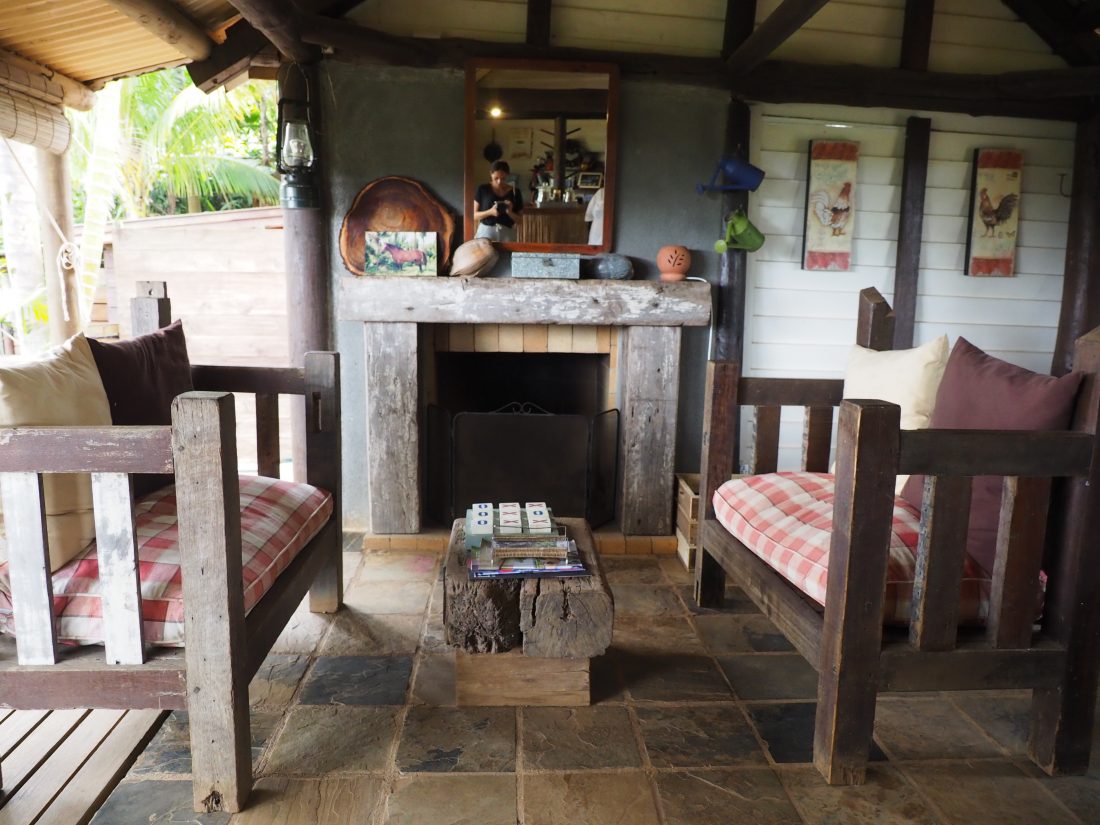 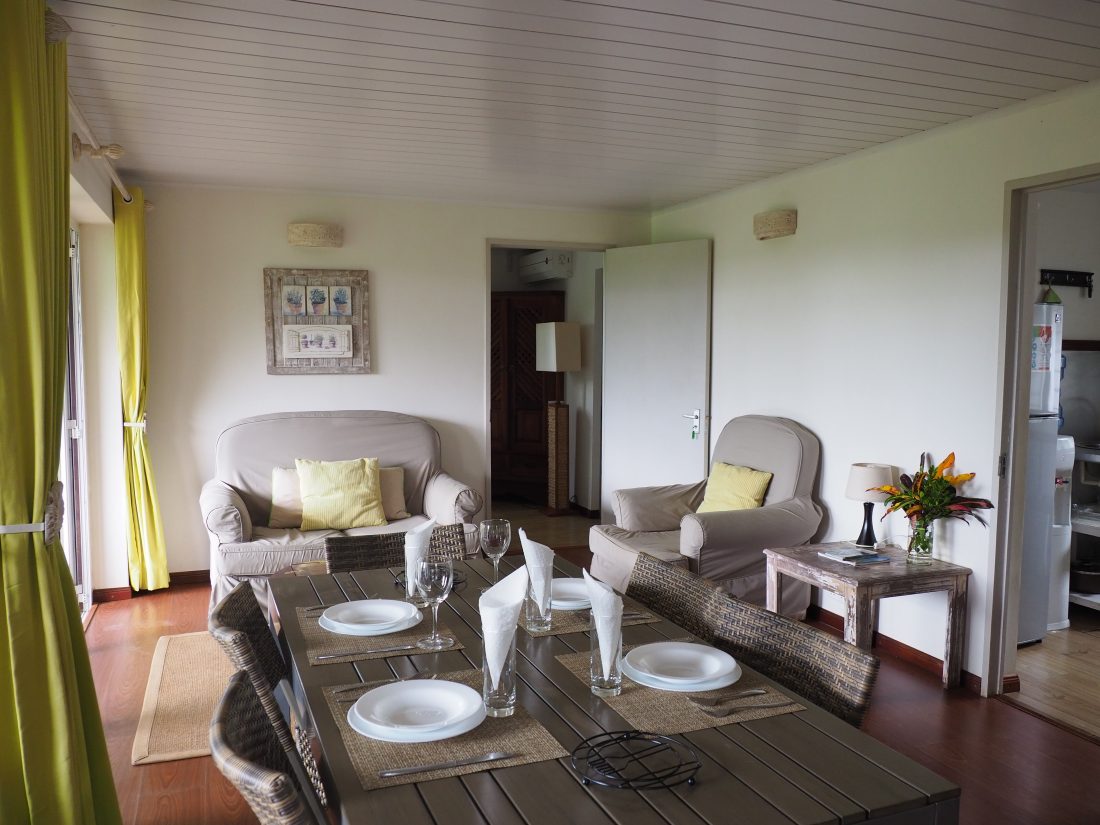 There are not that many hostels on the island yet. But I found The last Dodo that look pretty nice.

The last dodo – directly on the beach